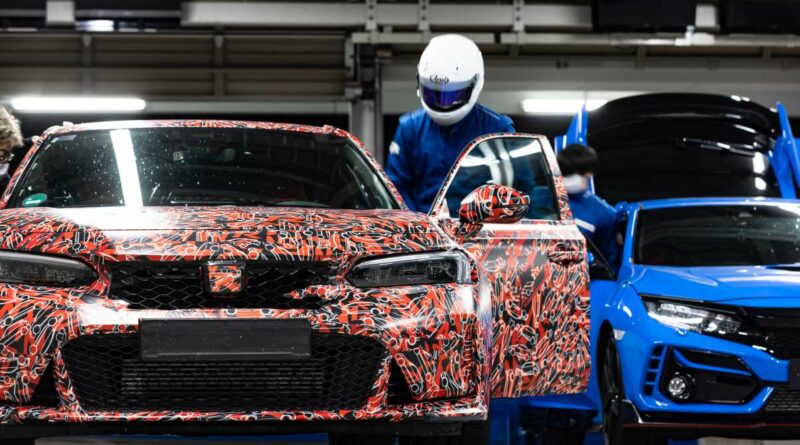 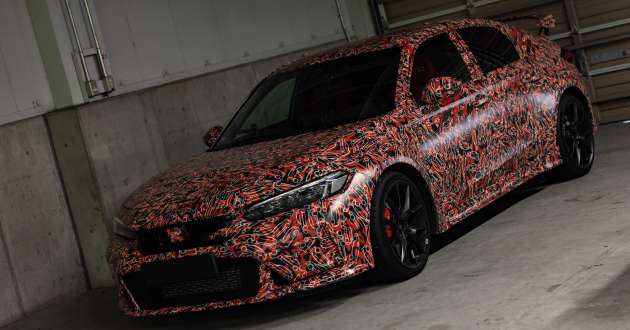 After giving us our first look at the next-generation Honda Civic Type R in October, the Japanese carmaker has now published more photos of the upcoming hot hatch as it undergoes development testing at the Suzuka Circuit. As before, the production prototype is still being kept under wraps (look closely at the trick camo), although it’s joined by the outgoing FK8 Civic Type R this time around.

The fresh images reveal styling cues that help to differentiate the Type R from the regular Civic Hatchback it is based on, including a larger grille as well as more prominent intakes. Model-specific bumpers and side skirts are also part of the Type R’s get-up, along with a big rear wing and a triple-pipe exhaust, the latter reordered from its predecessor – one large central outlet flanked by two smaller ones.

New wheels and a lower ride height complete the look, while Michelin Pilot Sport tyres and Brembo brakes (with red calipers) hint at the performance potential of the hot hatch. We still don’t have a shot of the interior just yet, but expect it to be similar to the car it is based on, but with sporty touches like sport seats, an aluminium shift knob and plenty of red accents.

Honda says a reveal will only take place next year, so there’s still plenty of time for the teaser train to keep chugging along. As such, the carmaker is not providing further details just yet, especially in relation to what’s going on under the bonnet.

Reports suggest the new Civic Type R will get an upgraded version of the K20C1 2.0 litre turbocharged four-cylinder engine, which currently makes 320 PS (306 hp) and 400 Nm of torque in the FK8. A six-speed manual and a limited-slip differential will likely feature as well to send drive to the front wheels.

With this behind-the-scenes look, what are your thoughts on the new Civic Type R? Even with the camo (seriously, look closely at it), is it better-looking than its predecessor? 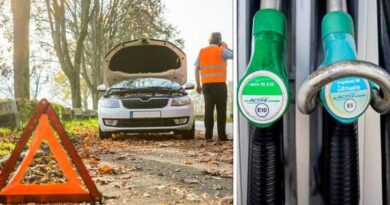 Drivers warned as E10 petrol could lead to ‘performance issues’ 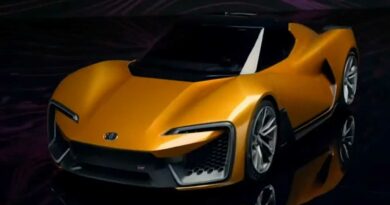 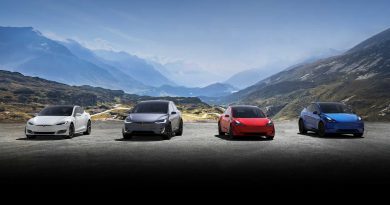