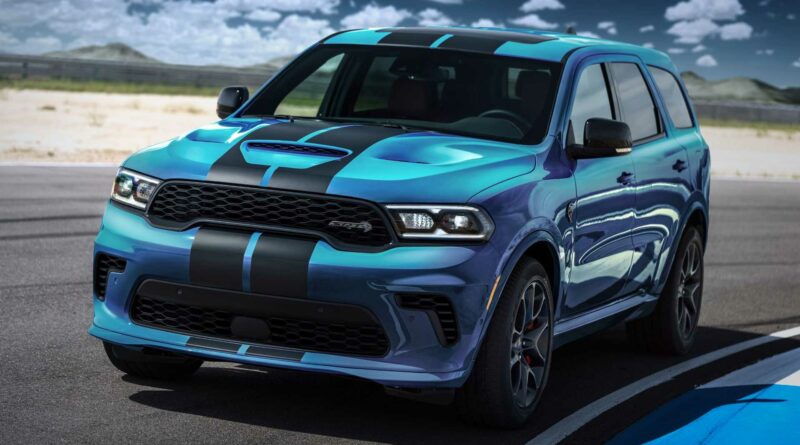 The future at Dodge is electric, but the raucous Hellcat V8 isn’t going quietly into the gentle night. The Durango SRT Hellcat is back for an encore performance in 2023, still packing the same 710-horsepower supercharged 6.2-liter Hemi under the hood as it did in 2021.

That means the new three-row muscle SUV is as quick as it ever was. For those who need a refresher, the 2023 Dodge Durango SRT Hellcat can reach 60 mph from a standstill in 3.5 seconds. Keep the throttle pinned to the floor and the quarter-mile will pass by in 11.5 seconds. For the record, that time isn’t far removed from Chargers and Challengers packing the standard Hellcat engine. Top speed is still 180 mph, which isn’t the highest figure in the realm of super SUVs. But its 710-hp engine does make the Durango SRT Hellcat the most powerful combustion-powered, factory-stock SUV in the world.

The Durango SRT Hellcat was originally slated for a single-year production run in 2021. The production run was extended due to demand, and Dodge believes that demand is still there, hence the decision to build the SUV for one more year.

“The Dodge Durango SRT Hellcat has generated a crazy amount of enthusiasm and demand since it was introduced in 2020 – we even extended its initial production run – so it seemed appropriate to bring back the most powerful SUV ever as part of our historic 2023 model-year Dodge lineup,” said Dodge CEO Tim Kuniskis. “Muscle enthusiasts also have families, and the 2023 Dodge Durango SRT Hellcat can get those families where they want to go and has the ability to tow 8,700 pounds.”

Is there anything different about the 2023 model? Not as far as we can tell – even some of the new Durango Hellcat photos from Dodge look like recycled images from 2021. It seems the motto if it isn’t broke, don’t fix it applies here, though we suspect the price will be at least a little different. Dodge doesn’t have that information available just yet, but in 2021, this was an $82,000 SUV before any optional equipment. 2023 pricing could be announced when Hellcat Durango order banks open in September. Barring delays, models will reach dealerships in early 2023. 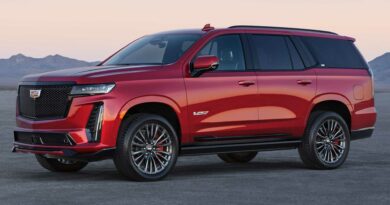 2023 Cadillac Escalade-V Specs, Availability To Be Revealed On May 11 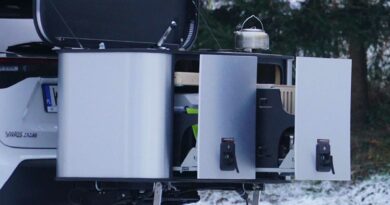 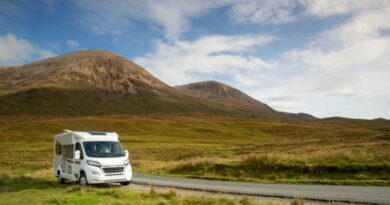