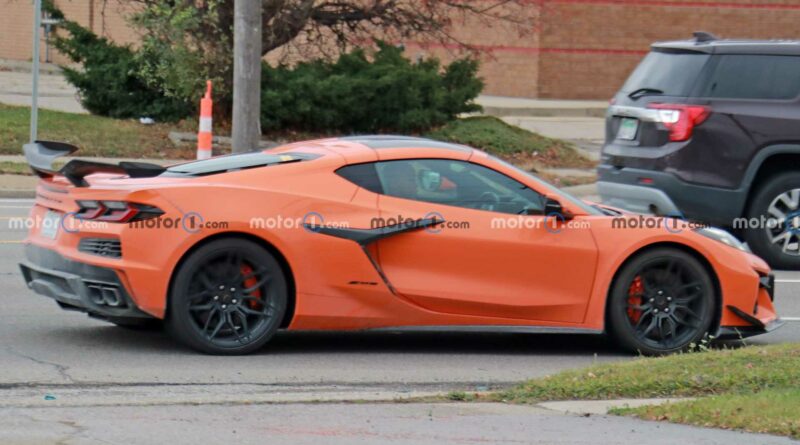 Strictly speaking, these aren’t traditional spy photos. This isn’t a secret prototype with camouflage removed. However, it is rare and for Chevrolet Corvette enthusiasts outside of North America, it’s significant. That’s because this is the hot Z06 you’re likely to get.

Just as the case was with the C8 Corvette Stingray, Chevrolet will offer a right-hand-drive version of the 2023 Corvette Z06 for markets where folks drive on the left side of the road. This particular Z06 was spotted in Michigan wearing a manufacturer license plate and equipped with the Z07 package. It’s impossible to miss the big rear wing, but the small winglets at the front are rather subtle. The big brakes also look like carbon ceramics, further confirming this is a Z06 in its hottest trim.

Aside from the steering wheel being on the wrong right side of the car, another interesting feature of global-market Z06 models is the exhaust. In the States, the high-revving 5.5-liter V8 sings through four megaphone tips lined up neatly in the center of the rear fascia. Elsewhere, the finishers are at the corners in the same format as the C8 Stingray. This won’t be the case for every Z06 sold around the world; Chevrolet has stated the side-exit exhaust leaves room for a particulate filter. In areas with stricter emissions regulations, this is the car you’ll see.

It means less visual punch, but the DOHC LT6 V8 under the engine cover still packs a wallop. It develops 670 horsepower (500 kilowatts) at a lofty 8,400 rpm. That’s just 200 revs shy of the 8,600-rpm redline, making the C8 Z06 unlike any other production Corvette in the car’s long history. It’s also the most powerful naturally aspirated V8 engine ever offered in any production car, and under optimal conditions, it sends the Z06 to 60 mph in 2.6 seconds.

2023 Corvette Z06 deliveries are already underway in the United States. Other markets should see the supercar soon. 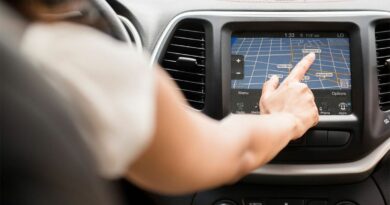 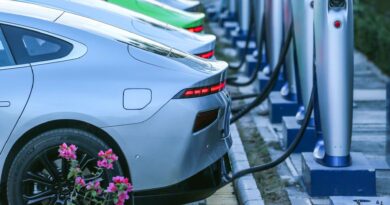 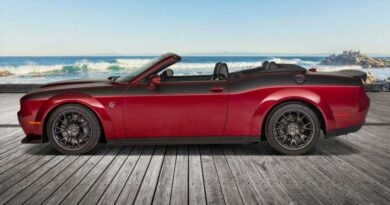