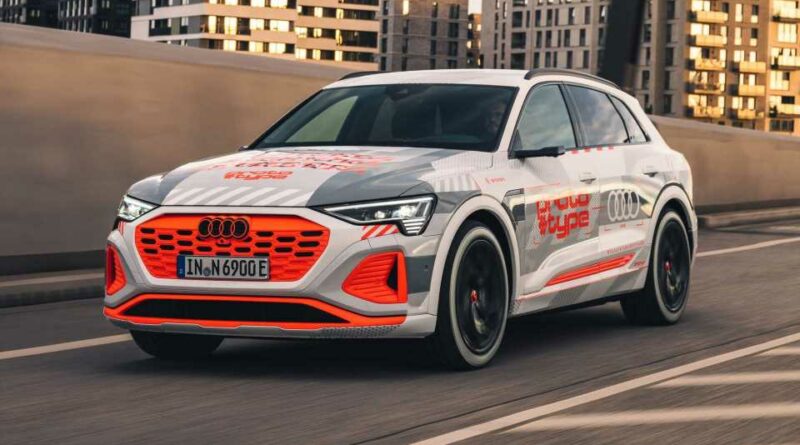 In early March, Audi shared “spy photos” of the facelifted E-Tron in the swoopy Sportback flavor and now we’re possibly getting an official preview of the conventional body style in updated guise. The adjacent gallery was provided with the announcement of entering an E-Tron in the E-Cannonball in Hamburg, which took place last week. The peeps from Ingolstadt refrain from referring to the electric SUV as the facelifted model, but it might just be.

For starters, the Four Rings are saying it’s a prototype, which typically means it has new hardware not currently available on the E-Tron SUV that has been around since 2018. The camouflage – although it’s basically a livery – suggests the vehicle portrays a future model. The red bits lead us to believe we’re looking at the hotter S variant with the tri-motor setup, but nothing is official at this point. Resculpted bumpers and a fresh pattern for the Singleframe grille further indicate it’s the facelifted model.

Audi has already announced the next-generation model will hit the market in 2026 and go by the “Q8 E-Tron” moniker. However, the name change is rumored to take place as early as next year with the mid-cycle facelift for the current-gen vehicle. Sources from within the German luxury marque told Autocar nearly a year ago the E-Tron and E-Tron Sportback will get a major battery upgrade and more efficient electric motors to push range beyond 373 miles (600 kilometers), presumably in the WLTP cycle.

The Q8 E-Tron will be positioned above Audi’s forthcoming Q6 E-Tron, which will ride on a dedicated electric car platform. The bigger of the two electric SUVs sits on an adaptation of the MLB Evo architecture shared with the gasoline-fueled Q8. Lest we forged that aside from a Q4 E-Tron, the company is now also selling a Q5 E-Tron in China where it’s essentially a luxed-up version of the Volkswagen ID.6 three-row electric SUV.

Audi isn’t saying a word about when the E-Tron facelift will be revealed, but the Paris Motor Show is taking place next month. If we won’t see it in the City of Light, perhaps the electric SUV will break cover at the Los Angeles Auto Show in the second half of November. 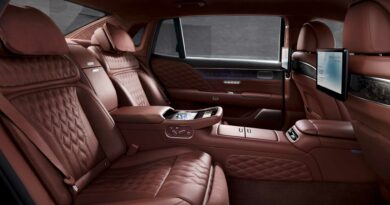 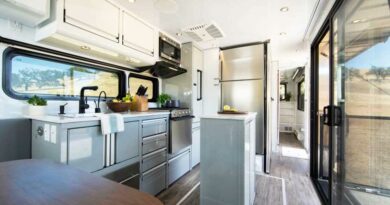 2023 Living Vehicle Luxury RV Trailer Can Make Its Own Water 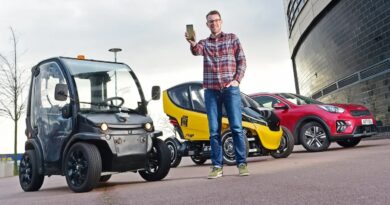