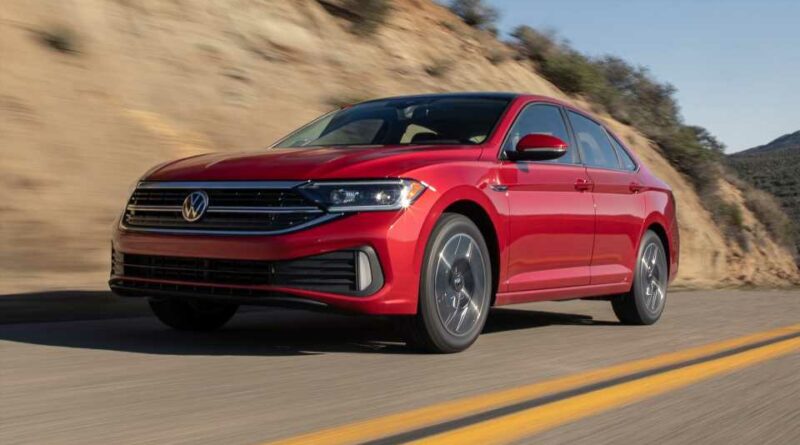 It might be hard to believe today, but the Volkswagen Jetta used to be the aspirational choice in the compact sedan segment. Travel back in time to the first decade of the 2000s, and amid the Civics, Corollas, Imprezas, Lancers, and Sentras of the world, the Jetta stood out for both its European styling and driving dynamics, as well as its premium, almost Audi-like cabin. Volkswagen of the era was focused on the “democratization of luxury,” and the Jetta was at the forefront. Perhaps that’s why the updated-for-2022 Volkswagen Jetta SEL is so disappointing.

To be fair, maybe whatever the millennial equivalent of rose-colored glasses is (atomic purple Gameboys?) may have colored our expectations some. The 2022 Volkswagen Jetta is at its heart a midcycle update of a car one anonymous VW engineer called “boring” after we first drove the prototype back in 2017. When we tested the production model at the 2019 Car of the Year program, we thought the engineer undersold it some. “Cynical,” and “forgettable,” we called it.

The changes to the 2022 Jetta are minor, but VW hopes they’re enough to right the ship. The biggest change is under the hood. Gone is the 147-hp, 184-lb-ft 1.4-liter turbocharged I-4, and in its place is a new 1.5-liter turbocharged I-4 borrowed from the Volkswagen Taos crossover. The new four-pot makes 157 hp and the same 184 lb-ft of torque, albeit with that torque available at lower revs than in the outgoing engine. The Jetta’s two transmissions, a six-speed manual and optional eight-speed automatic (tested here) carry over unchanged.

You’ll need to look closely for the 2022 Jetta’s other changes. The sedan’s nose and tail are subtly revised, and inside there is a digital instrument cluster, contrast stitching, and padded leatherette door armrests. Jetta prices start at $21,190, but our loaded Jetta SEL test car stickers for $29,185.

With 10 new ponies under the hood, the 2022 Jetta is unsurprisingly quicker than pre-refresh models at the test track, accelerating from 0 to 60 mph in 7.6 seconds and through the quarter mile in 15.9 seconds at 88.2 mph. That’s about mid-pack among compact sedans, and it’s two-tenths quicker to 60 mph and one-tenth quicker at the dragstrip than the last automatic Jetta we tested, a 2019 model.

Although the new Jetta is quicker in a straight line than the pre-refresh model, the picture is murkier once we start looking at braking, handling, and fuel efficiency. The updated car needed 127 feet to complete our 60-0-mph panic stop test, 6 feet more than the 2019 Jetta; on the figure eight, it brought in a 27.7-second lap where it averaged 0.61 g, a tenth of a second slower and 0.01 g less than the previous model. The 2022 Jetta is less efficient, too. It’s EPA-rated at 29/40/33 mpg city/highway/combined, whereas the old model scored 30/40/34 mpg.

Is It Any Better on the Road?

The new engine is the best thing about the Jetta on the road. It’ll never be mistaken for muscular, but the small 1.5-liter engine has a broad torque curve, and the eight-speed auto never feels shy about keeping the four-pot in its powerband with your foot down. Its only demerit? Some editors complained of inconsistent power delivery, especially at city speeds where the Jetta is prone to both lag and surge—a trait this powertrain also exhibits in the Taos.

The Jetta drives a bit like the Taos, too, which makes sense considering it shares its MQB A1 platform with the SUV (the Golf, which was traditionally the hatchback version of the Jetta, rides on the MQB Evo platform). The VW’s steering is joyless and vague, which is just as well because the softly sprung ride quickly gets out of sorts when the Jetta is driven with any urgency. Those looking for a more engaging compact sedan could buy a Jetta GLI, but they’ll likely be better served by a Golf GTI or one of the Jetta’s Japanese or South Korean rivals.

A Weak Inside Game

Whereas the hot-selling fourth- and fifth-gen Jettas (1999-2005 and 2006-10, respectively) featured cabins that “were rich in materials and textures but also darned well conceived,” the interior of today’s Jetta SEL is fairly basic, especially compared to its rivals. Once the initial distraction of the Audi-esque digital instrument cluster and front and rear heated seats fades, disappointment is sure to follow. Poking around the interior reveals flimsy, sweaty plastics, “wood grain” trim designed by someone who might never have seen wood before, and button delete panels (on a loaded car, mind you) that hint at features the Jetta could have included but didn’t. What are they? Who knows—this Jetta SEL allegedly packs all the goodies.

The cost-cutting in the back seat is the biggest letdown. Hop into the spacious rear seat, and the materials go from bad to worse. The few touches of attention to detail from the front of the cabin—chiefly the contrast stitching on the door panels and “wood” trim—are gone. In its place are yet more hard, cut-rate, black plastics. To be fair, some competitors turn down the wick somewhat on their rear-seat materials at lower price points, but here the priciest Jetta’s front seat represents a pretty bargain basement starting point.

In a crowded field of compact sedans, the Jetta is no longer an aspirational choice. For an expertly balanced mix of a high-quality premium-feeling cabin with satisfying driving dynamics at an affordable price, visit a Honda, Mazda, or Hyundai store. In the shrinking yet ever improving compact sedan segment, the Jetta stands out for, well, not standing out. Sure, the Jetta is fairly big and spacious for its class, but whether you’re shopping for a feature-rich commuting appliance or something to spark a little joy, your money goes further elsewhere. 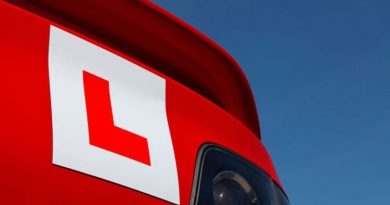 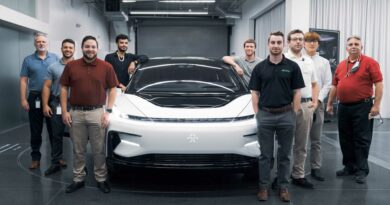 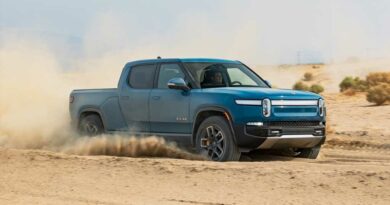 STONKing Big IPO: Rivian Rockets to $100B, Second Only to Tesla