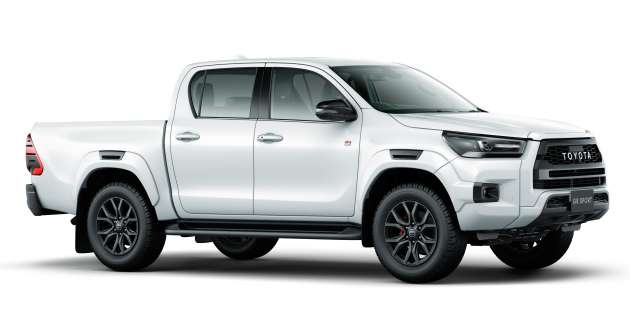 In April this year, Thailand welcomed the Toyota Hilux GR Sport, which gets a number of aesthetic enhancements to give the pick-up truck a sportier look. The model has now been launched in Japan as well, although it is a little different from the one sold in Thailand.

Before getting into the differences, let’s first focus on what both versions have in common. The Hilux GR Sport features a new grille with the Toyota script in place of the regular logo, the latter being something we’ve seen on the Land Cruiser GR Sport.

The grille is accompanied by a new frame and overfenders on the vehicle’s sides (with black trim), which are painted in body colour. A redesigned bumper, also in white, is part of the appearance package too, but unlike the Thailand version, the fog lamp surrounds are a lot more subtle in size.

Other additions include a black rear bumper, plenty of GR Sport badges, red-paint front brake calipers (the rear drums are kept intact) and 18-inch six-split spoke two-tone alloy wheels. Items found on the Thailand version but are absent on the Japan-market model are the body decals and black sports bar.

While the aesthetics are not equal to the Thailand-market model, the Hilux GR Sport in Japan does get a tuned suspension that is said to improve “steering response and realises flat and comfortable driving.” No engine changes, with the 2GD-FTV 2.4 litre turbodiesel continuing to deliver 150 PS (148 hp) and 400 Nm of torque, paired with a six-speed auto and part-time four-wheel drive system.

The Hilux GR Sport is based on the existing Z grade sold in Japan, so it gets things like dual-zone climate control (this is a new update for the Z grade) and keyless entry, with further improvements like a powered driver’ seat, an eight-inch touchscreen head unit and paddle shifters. Pricing for the new model is 4.312 million yen (RM159,484), which is inclusive of consumption tax. 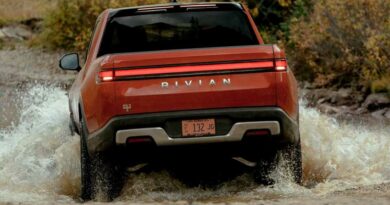 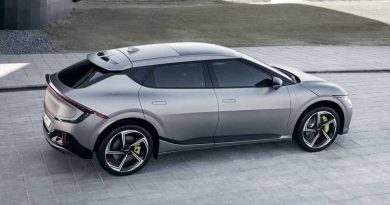