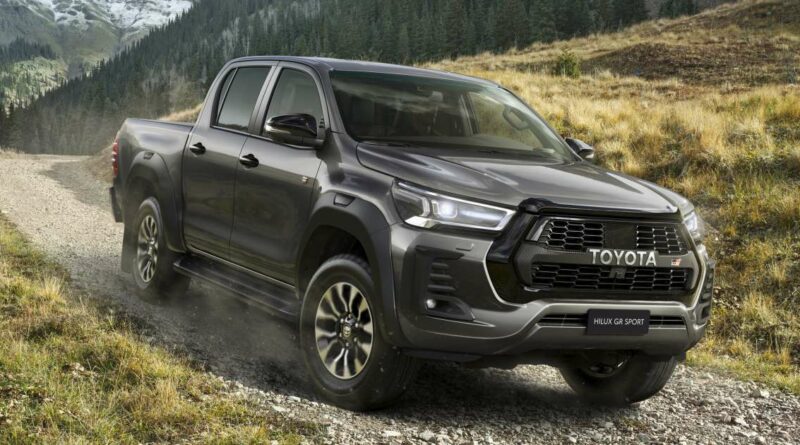 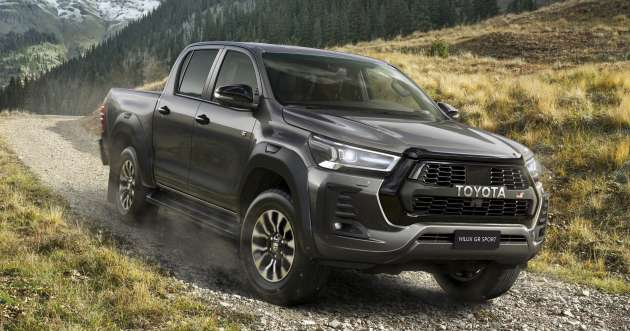 Toyota has announced the GR Sport version of its European-market Hilux dual-cab pick-up truck, specified with revised suspension and driveline components. The famed pick-up truck model already wears the GR Sport moniker elsewhere, namely in the brand’s native Japan as well as in Thailand, though the European model sports a number of key differences.

Further differentiating the European Hilux GR Sport from its Japanese and Thai namesakes, visually at least, is the application of black overfenders, as compared to body-coloured items on its Far East counterparts. The contrasting black finish is also applied to the mirror casings, side steps and tailgate handle, with GR Sport badging topping the exterior look. LED headlamps may also be specified, depending on country.

Also different are its wheels, here being a set of two-tone machined finish items measuring 17 inches in diameter and fitted with all-terrain tyres. For comparison, the wheels on the Thai and Japanese Hilux GR Sport are of a singular black finish.

Chassis upgrades include new monotube dampers as well as new, uprated front springs. The monotube dampers each employ larger piston area for improved damping performance, enabling quicker response and better heat dissipation. The improvements also help to maintain the quality of damping oil inside the dampers when the vehicle is driven in rough conditions, says Toyota.

The new front coil springs and dampers are matched with retuned rear leaf springs and new bushes, and when compared to the regular Hilux range, offers improved steering response, straight-line performance, a flat ride and a more reassuring roll and feel for rear grip, says Toyota; the faster responses to high-frequency vibrations and improved damping also aid in body control, it adds.

The interior, too, has been given a dash of the GR-themed aesthetic to denote the sportier nature of this Hilux variant. The GR Sport gets new sports seats for its front-row occupants, and are trimmed in a combination of black leather and perforated synthetic suede with contrast stitching.

GR Sport branding also features on the seat backs, floor mats, starter button as well as on the information display graphics, while further GR Sport trim include carbon-fibre style inserts, a red trim line spanning the width of the instrument panel and door panel lighting in blue. Here, the GR Sport Hilux borrows from the European High-grade trim level in including dual-zone air-conditioning.

Last but not least, the European-market Hilux GR Sport is powered by the now-familiar 2.8 litre turbodiesel engine that outputs 204 hp and 500 Nm of torque, which are sent to the wheels through a six-speed automatic transmission and an automatic limited-slip differential. This gives the European Hilux GR Sport a braked trailer towing rating of 3.5 tonnes, and a payload capacity of one tonne.

The European-market Toyota Hilux GR Sport will arrive at dealers across the continent in the northern hemisphere summer of 2022, according to Toyota. As for the Hilux in Malaysia, the pick-up truck was updated in November, bringing dual-zone air-conditioning to the 2.4V and 2.8 Rogue variants, the latter packing the 1G-FTV 2.8 litre four-cylinder turbodiesel engine with outputs similar to this Hilux GR Sport. 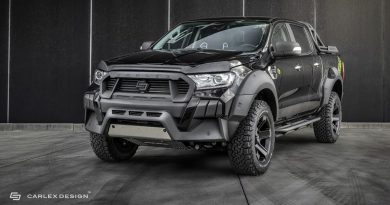 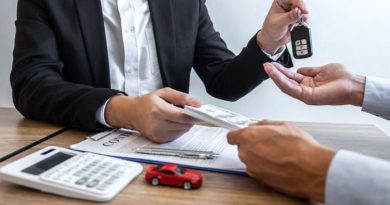 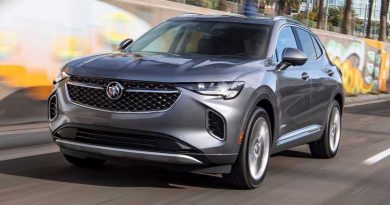 2021 Buick Envision Revealed For US With Upscale Avenir Trim