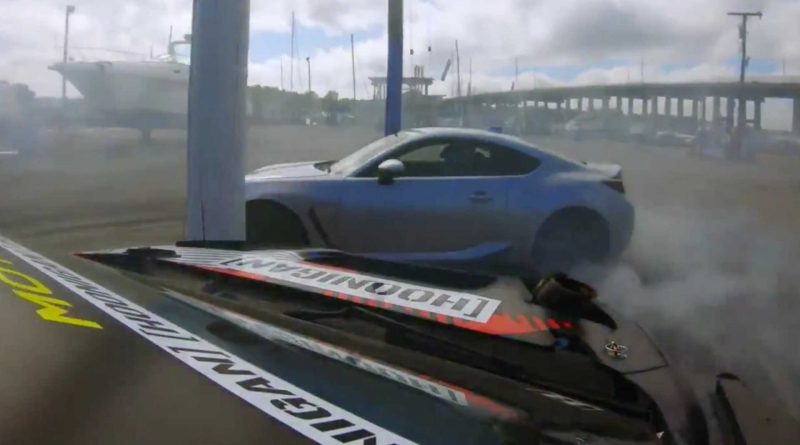 Two Subarus sliding around are better than one.

Gymkhana 11 debuts on December 8, which is tomorrow as of this writing, and there’s a new teaser that offers a glimpse of the action. One big surprise is that in addition to Travis Pastrana driving a heavily modified Subaru WRX STI, the new BRZ makes an appearance, too.

The theme for the latest Gymkhana is that Travis Pastrana is taking over his hometown to do stunts around the roads. The action includes some massive jumps, a stunt plane, motorcycle, and sliding around docks while trying not to fall into the water. The new BRZ makes an appearance at this marina to accompany the STI in tandem drifting.

Judging by this video, the big stunt for the new Gymkhana video involves Pastrana jumping the STI between two sides of the docks while a speed boat crosses below him. The car has to catch quite a big of air to clear the obstacles.

Pastrana is driving a specially built STI around his home town. It features a custom boxer engine that includes exhausts that exit vertically out of the hood. There’s also an upgraded suspension for handling the big jumps. The body features massive fenders, a gigantic wing, and a huge diffuser.

The BRZ in the video looks to be stock. As a refresher, the new coupe boasts a naturally aspirated 2.4-liter four-cylinder boxer engine that makes 228 horsepower (170 kilowatts) and 184 pound-feet (249 newton-meters). Buyers can select a six-speed manual or a six-speed automatic. The engineers make the car significantly stiffer, but the weight is up by just 17 pounds.

The 2022 BRZ won’t go on sale until next fall, so there will be quite a long wait before seeing one in showrooms. At least Gymkhana 11 will provide a taste of what the coupe can do. 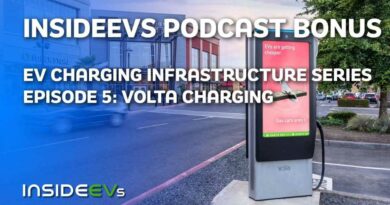 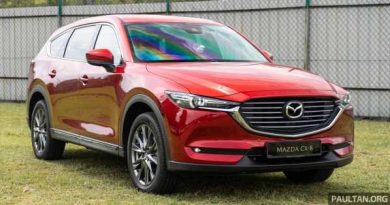 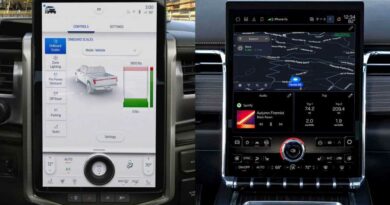