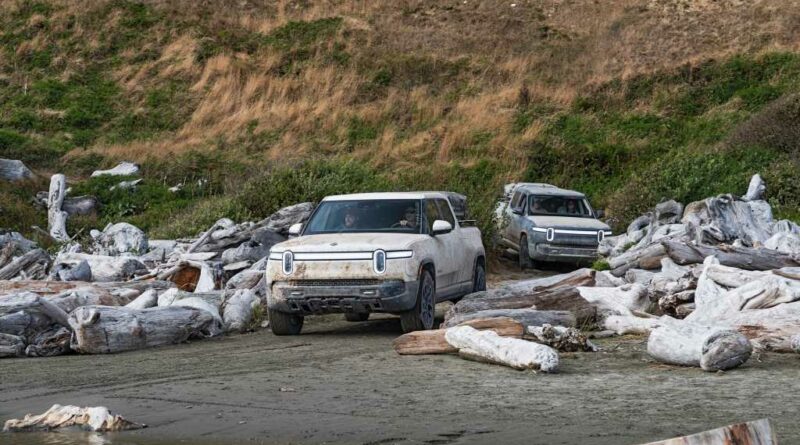 Our 7,700-mile off-road Trans-America Trail crossing using the 2022 rivian r1t electric pickup truck ended on the wind-blasted shores of Port Orford, Oregon, but we weren’t done yet. After we dumped the beach sand from our boots and restocked the beef jerky reserve, we pocketed the R1T’s trick carabiner keyfob for an extra 900-ish-mile stint down the West Coast, both our hearts and Google Maps set for MotorTrend‘s home base in Los Angeles. As we saw it, this was our opportunity to test the Rivian as most buyers will, treating it as a roadbound daily conveyance.

On the morning of our departure, we weren’t sure if the paved path ahead was prize or punishment. Well, punishment is a strong word, but it sure sat strange on our minds to keep the R1T’s all-terrain tires squarely on tarmac. Our Trans-America Trail crossing saw us on concrete a few times throughout the route, but these were almost always brief, sporadic, and necessary excursions designed to avoid a road outage or natural disaster—we didn’t pay them much mind other than to note the Rivian’s impeccable on-road manners.

Now we had roughly 14 hours’ worth of smooth roads to silently rush across on our way home. Our first morning began just as it did every dawn on the TaT; unplugging the truck from its overnight charge and discussing just when and where it would get its next gulp of the zappy stuff. Also discussed were some must-see points of interest, a list we narrowed down to a morning shot of the R1T in front of the Golden Gate Bridge and a quiet cruise through one of three drive-through redwood trees located on the side of the 101 Highway.

First, we had to escape Oregon. Not that any of us wanted out of the outrageously picturesque Beaver State in a hurry, it’s just a week on America’s (mostly) unpaved back road had us weary. Not too weary, mind you; as we enumerated in our prior coverage, the R1T’s trick pseudo-hydraulic suspension imparts a ride quality and body composure on par with some German luxury crossovers. The leather seats were excellent, too; our rears and backs remained full of feel and cramp-free even after crashing over some of the roughest stuff Utah, Idaho, and Oregon had on offer.

This preternatural smoothness held strong down the 101. Other trucks aren’t the best baseline of comparison, as there’s essentially nothing with a bed that floats over a road with the Rivian’s slickness. The glassy portions of the 101 that wind through southern Oregon and northern California were hardly a proving ground for ride isolation, but it gave us a chance to really hunt for noise and harshness.

There wasn’t much. The electric powertrain was, of course, close to dead silent aside from gentle whines and whirrs from deep under the floor. Well, and Rivian’s gentle, built-in driving tone, a feature of almost all electric vehicles to deliver some sort of bespoke sound to an otherwise unnervingly quiet experience. Despite 7,686 hard, hard miles on the TaT, the R1T conveyed nary a creak, clunk, nor groan from its complex suspension. Other than the thick coat of muck and grime on the exterior and a powdering of fine dust on the inside, it drove as though it still had a hundred miles on the odometer.

The R1T handled like it, too. Portions of Oregon and NorCal 101 are twistier than you might expect from a major interstate, and the Rivian pickup bobbed and wove through the incredible wooded hills and coastal outcrops with a confidence that belied its squishy all-terrain tires. Although we were mostly free of range anxiety thanks to California’s comprehensive network of EV hookups, some of these stations were Level 2 chargers, necessitating a longer wait than we liked. With this in mind, we kept the electric truck out of its addicting Sport mode and stuck to either All-Purpose or Conserve, individually toggling suspension stiffness as pavement quality dictated.

Crank It Up to Eleven

While the driver carved a path through the forest, the passenger relaxed and/or futzed with interior accouterments. With most major functions relegated to both the center infotainment screen and the digital gauge cluster, there weren’t many physical toys to mess with, but the truck’s well of virtual gizmos runs deep, including the digitized owner’s manual, configurable navigation interface, and onboard Spotify.

We made great use of the latter; unlike most other cars with built-in music services, Rivian doesn’t restrict you to a selection of playlists or new albums, instead allowing users to manually search as they would on their phone or laptop to queue up individual songs or artists. For the record, our tunes ran the gamut between 1980s hair metal all the way to Kanye’s new Donda, all sounding crisp and clear on the R1T’s sound system.

Aside from a quick boost at a Level 3 Walmart Electrify America charge point during lunch, our first true stopover was amidst the Avenue of Giants, a strip of scenic road paralleling the 101 that’s almost entirely canopied by towering redwood trees. This is where we found the drive-through redwood, carefully creeping the truck through the tunneled trunk for one of our favorite shots of the trip.

A Look at Rivian ADAS

Back on the road, we were Sausalito-bound. Before we set off, we struggled to find a hotel outside of San Francisco proper that had EV chargers of any speed, and despite having our Ram 1500 TRX playing support, we weren’t about to leave the Rivian at an offsite charger overnight, lest we rack up penalties for staying past a full charge. Not a nightmare, but it’s something to keep in mind for future Rivian road trippers.

We hit the Golden Gate Bridge first thing the following morning for a short photoshoot before whooshing over for a coffee and handshakes at Rivian’s Palo Alto office. There, we plugged the truck in and picked up Saba Gurusubramanian, Rivian’s ADAS and autonomous systems specialist, for a portion of the remaining ride down to L.A. He joined our little convoy to give us hands-on insight into the R1T’s advanced suite of safety and highway driving assist systems.

At the moment, the truck’s trick hands-off driving assist—proudly billed as a feature aimed at “getting you home safely from your adventure”—works primarily on stretches of highway mapped by Rivian. The contemptible and featureless I-5 interstate was our proving ground. It’s rather difficult to review semi-autonomous systems, especially when they’re experienced in a state of pre-production, but we will say the truck’s self-initiated braking, steering, and accelerator inputs were smooth and rarely required major intervention from the driver. Lane lines were well recognized, as were most traffic situations. Semis that swayed into our lane briefly confused the R1T, but mild guidance from the driver was all that was required.

The End of the End

Our final charge occurred just a couple of hours outside of L.A. at a hot truck stop. There, we met the other Rivian team from the TaT, where we both struggled with a slow, semi-functioning Electrify America station. When the second R1T was topped up, we bid farewell to Gurusubramanian and pointed our truck south for the final stint.

We arrived at our office after sunset, exhausted more by the weeklong adventure than by our 908-mile trip between the TaT finish line and our office. We plugged in six times over two days, noting an average remaining range of 63 miles, 225 miles burned, and a charge state of 36 percent at the time of each stop. All in, we dropped a miserly $106.44 on domesticated lightning.

Rivian owners and reservation holders, we highly suggest taking your new R1T electric pickup truck on extended road trips—especially those that include splattering mud down its flanks—but we recognize it’s still early enough in the EV game to head out without at least a little planning, which might relegate most R1Ts to cities or suburbs. That’s just fine; the character and quality of a car over a long-distance drive can be greatly distilled down to how it might serve drivers on a day-to-day basis, which in our experience with the R1T is mighty fine. 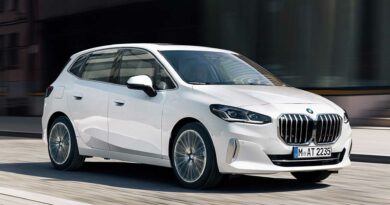 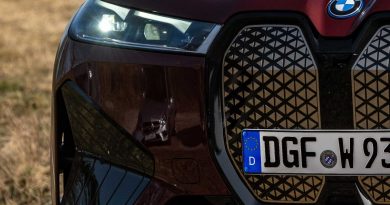