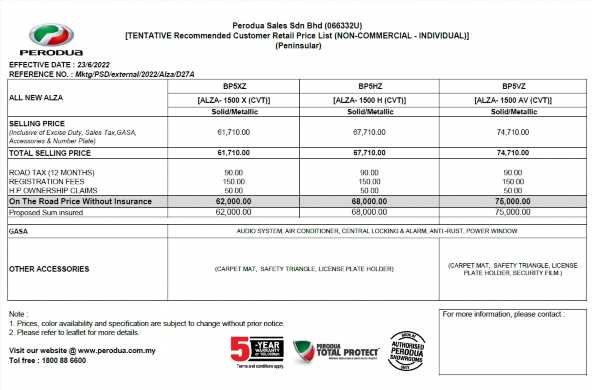 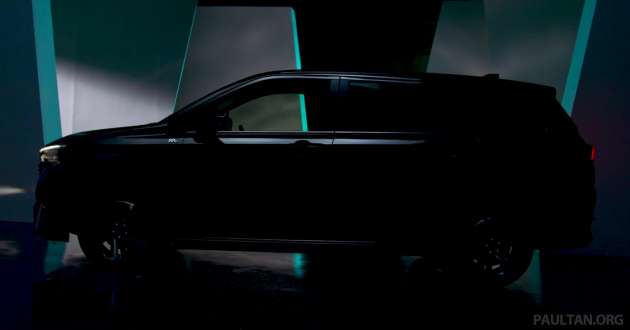 An internal Perodua circular that was sent out last week said that June 23 would be the day that pricing would be announced for the new D27A model, and also mentioned in the communication was that the reveal of the model name for the replacement of the long-serving Alza would also be done then, which hinted at the possibility of a fresh nameplate for the new model.

Guess what? The name of the new MPV has been revealed, and it will be called the… Alza. In another internal circular released about an hour ago that was sighted by this publication, the national automaker mentioned that the decision to retain the nameplate was due to the fact that “the name has a strong presence in the market.”

Aside from the confirmation that the Alza name was being maintained, the document also contained the tentative retail pricing for the D27A, which will be available in three variants, a base 1.5L X CVT (variant code BP5XZ), followed by a mid-spec 1.5L H CVT (BP5HZ) and a range-topping 1.5L AV CVT (BP5VZ). 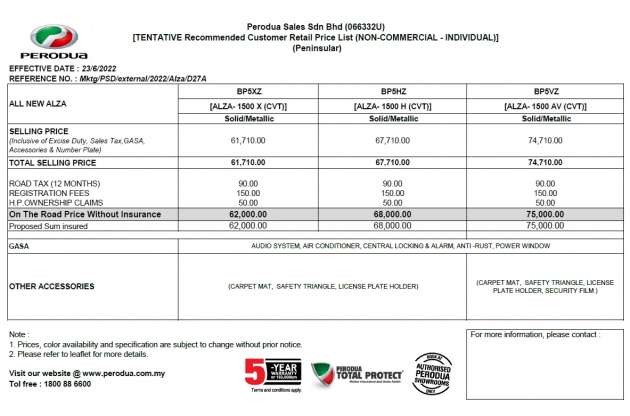 The tentative recommended retail price for the Alza variants is:

The indicative prices are all on-the-road, without insurance (for Peninsular Malaysia), with the automaker stating that the actual price of the Alza variants will be revealed during the official launch of the vehicle. It added that bookings made for the vehicle before July 1 would see buyers entitled to the SST exemption as long as the vehicle is registered by March 31, 2023, as per the announcement made by the finance ministry earlier this week.

Speaking of bookings, the order books for the new Alza officially open tomorrow (June 23). In the latest communication, it was stated that deliveries will begin after the official launch, and that the waiting period for the model is “one to two months, depending on the variant and colour booked.”

As previously reported, the new D27A will be based on the Toyota Avanza and Daihatsu Xenia. The profile of the Perodua MPV is virtually identical to its close cousins, albeit with some noticeable styling differences.

What has been confirmed so far are the variants and exterior colours, of which there are five (one solid and four metallic). Three of these, Ivory White (the solid), Glittering Silver and a new Elegant Black are available for all Alza variants, while Garnet Red and new Vintage Brown will only be available for the H and AV.

As for the powertrain, the Alza gets only one engine choice, and that should be the Avanza’s 2NR-VE 1.5 litre naturally-aspirated Dual VVT-i four-cylinder mill, which offers 106 PS and 138 Nm in the way of output. This will be paired with a CVT, which drives the front wheels. 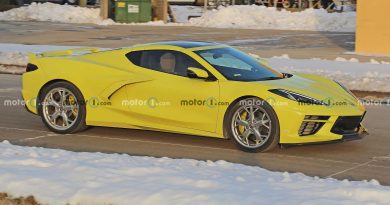 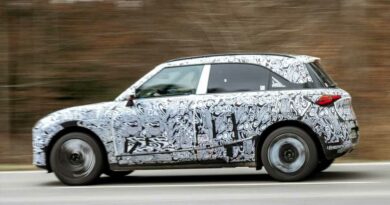 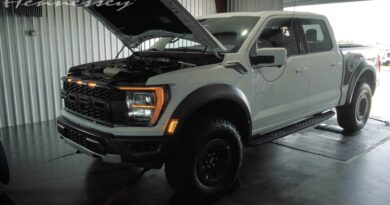