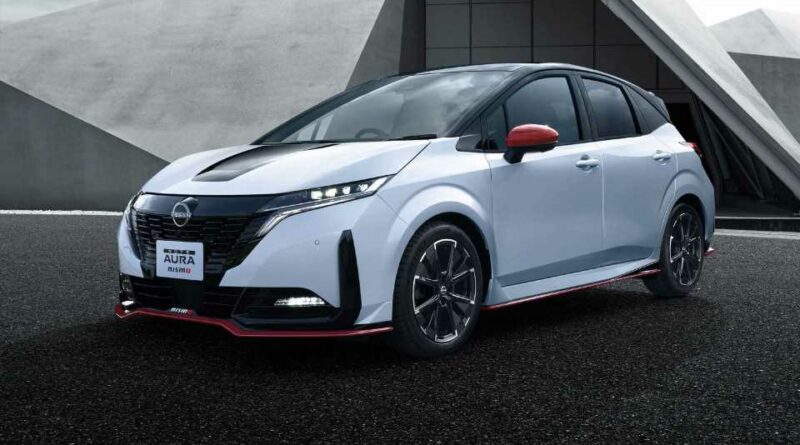 The Nismo model we weren’t expecting to see today, on the Z’s debut.

It was back in November 2020 when Nissan introduced the third-generation Note, a JDM supermini about the size of a Volkswagen Polo equipped with a hybrid powertrain and optional all-wheel drive for the electric model. In June 2021, the subcompact hatchback spawned a slightly wider Note Aura variant with a discreetly modified exterior. Fast forward to August, the spicy Nismo version of the latter is here, complete with (mostly) visual upgrades.

Its design is apparently inspired by a “swift electrified city racer” and Nissan has fitted a bunch of red accents you would expect to see on a Nismo-badged car. It sits on 17-inch alloy wheels wrapped in Michelin Pilot Sport 4 tires and has slightly more aggressive bumpers as well as a chunky roof spoiler at the back. The red touches continue inside where the Note Aura Nismo gets a pair of body-hugging Recaro front seats wrapped in fabric and synthetic leather. 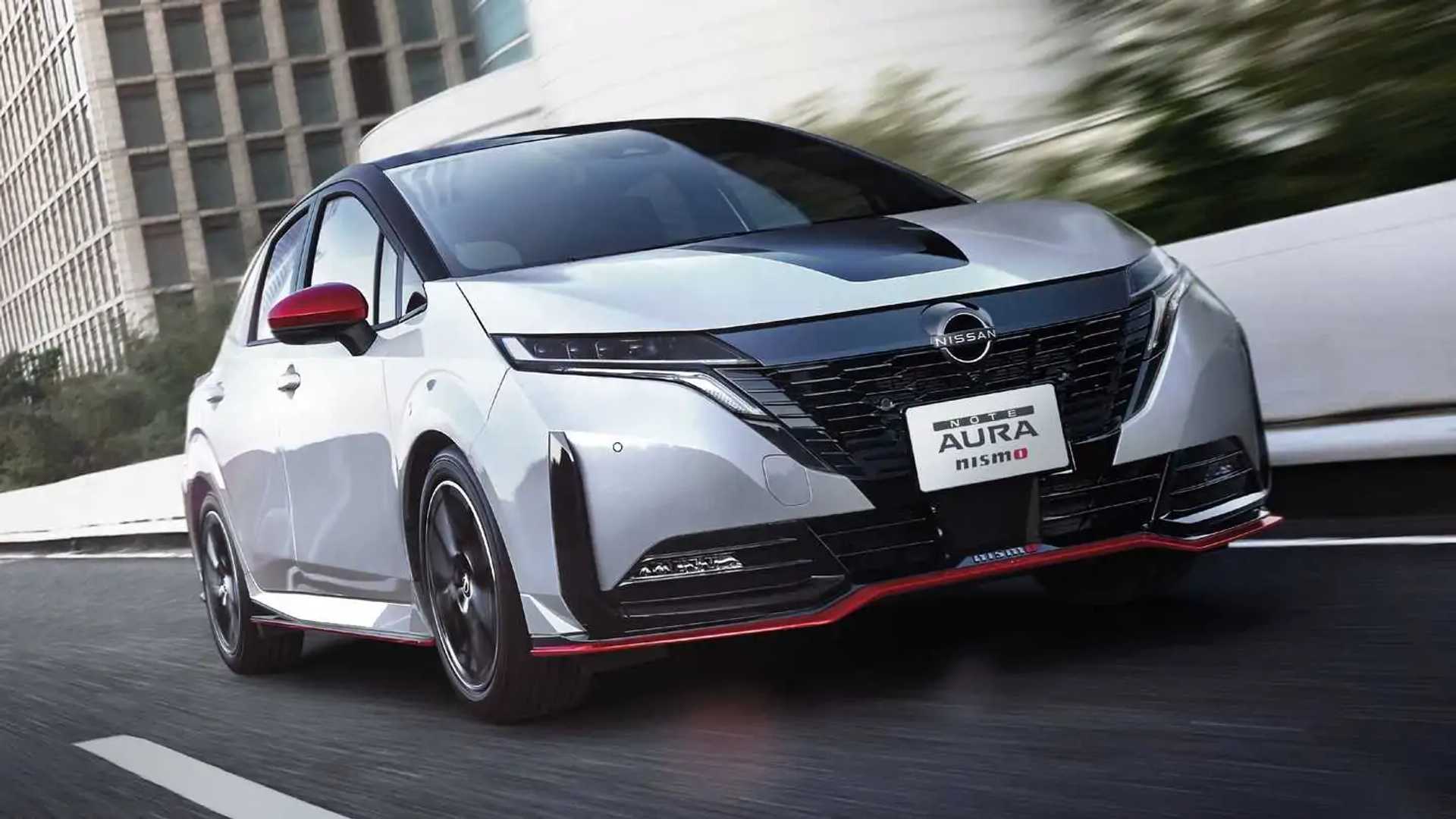 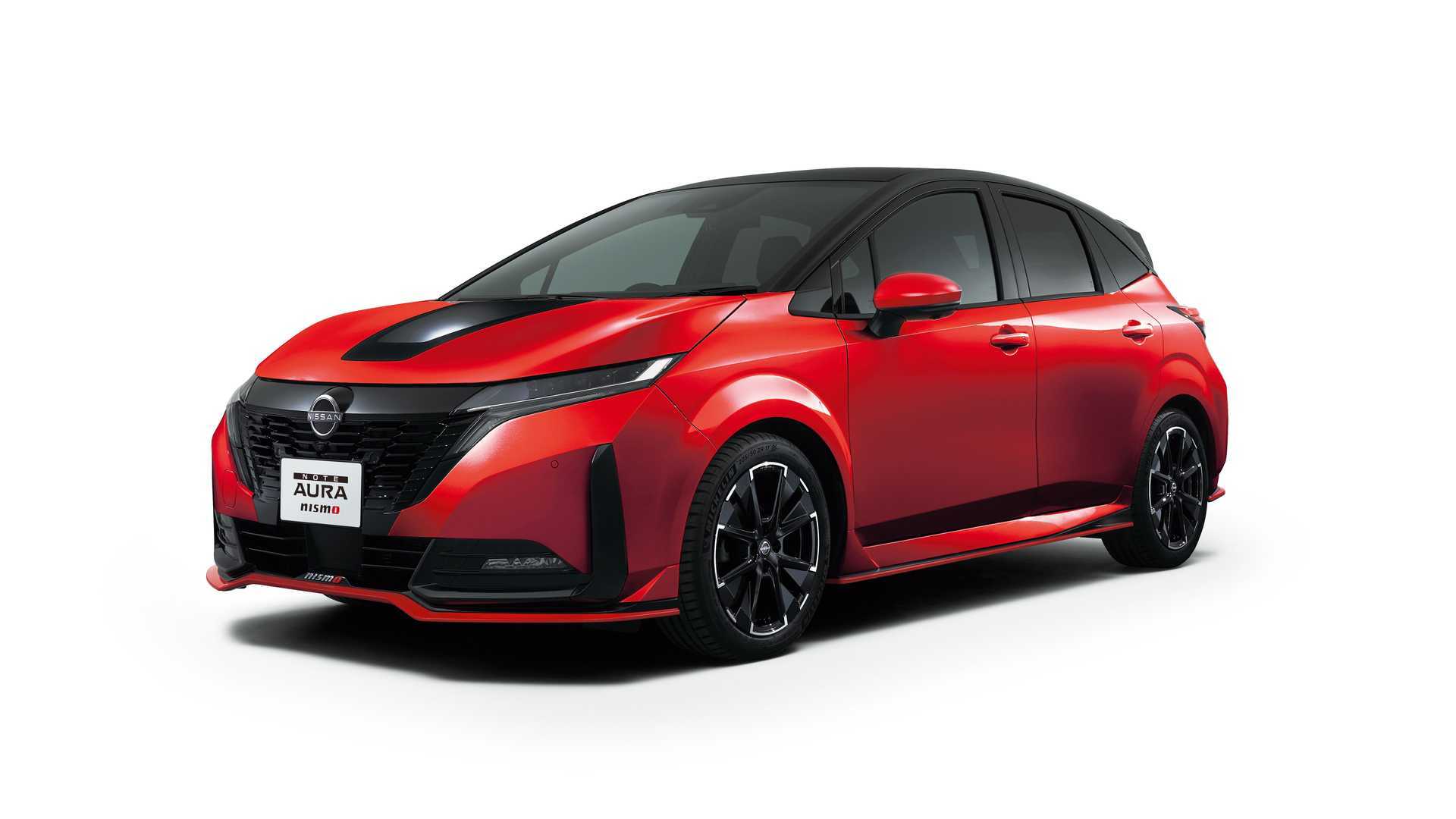 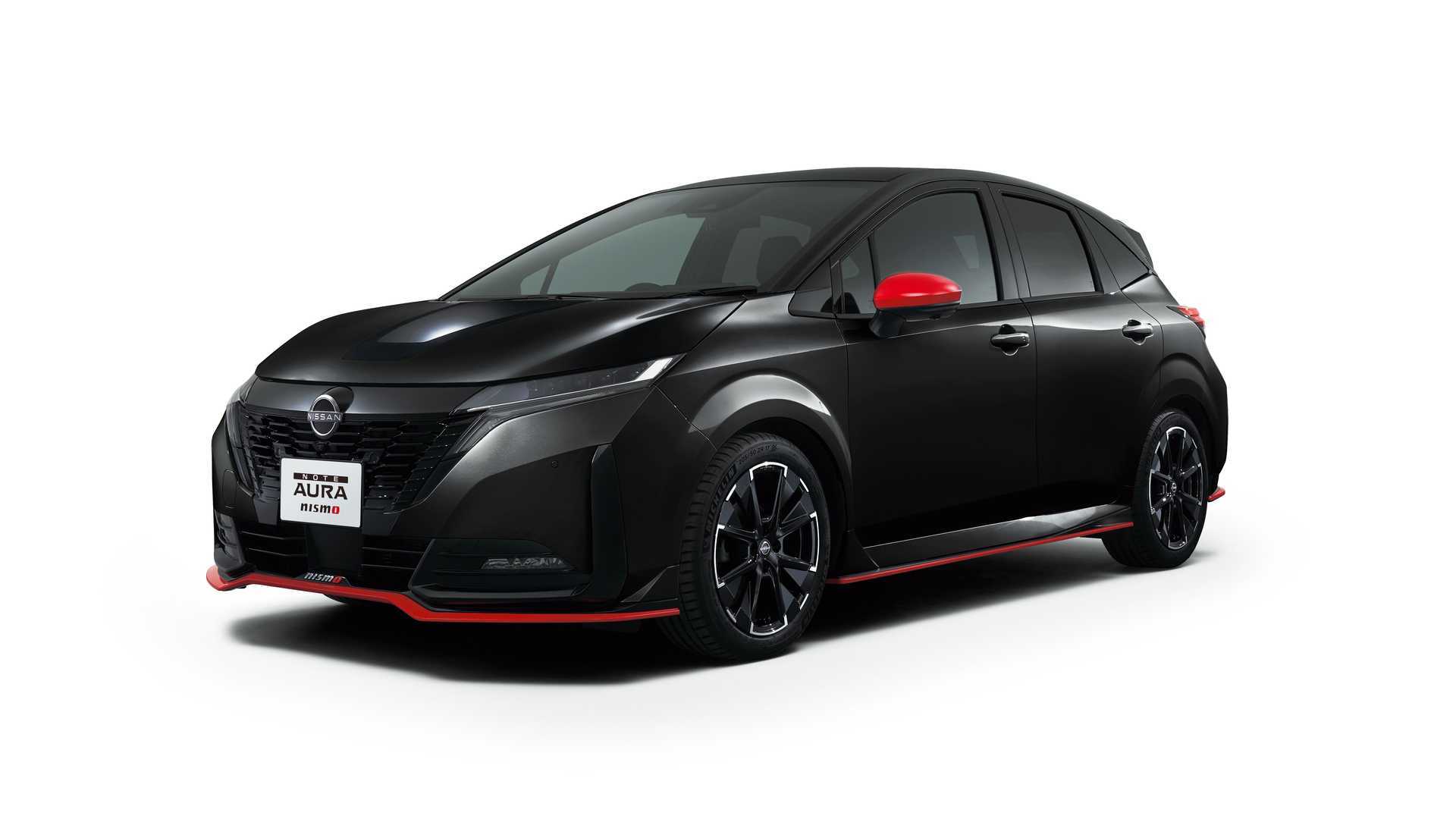 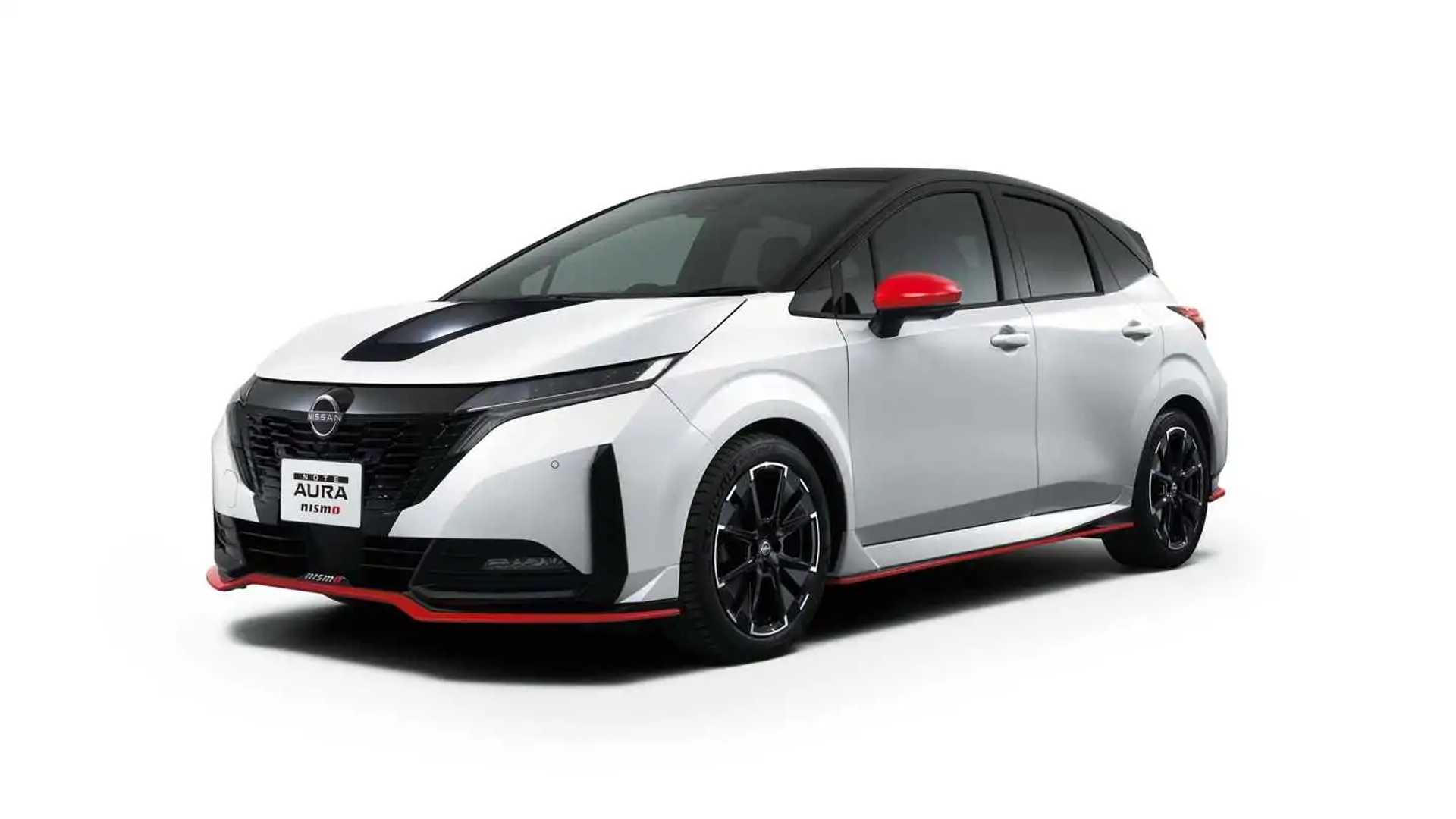 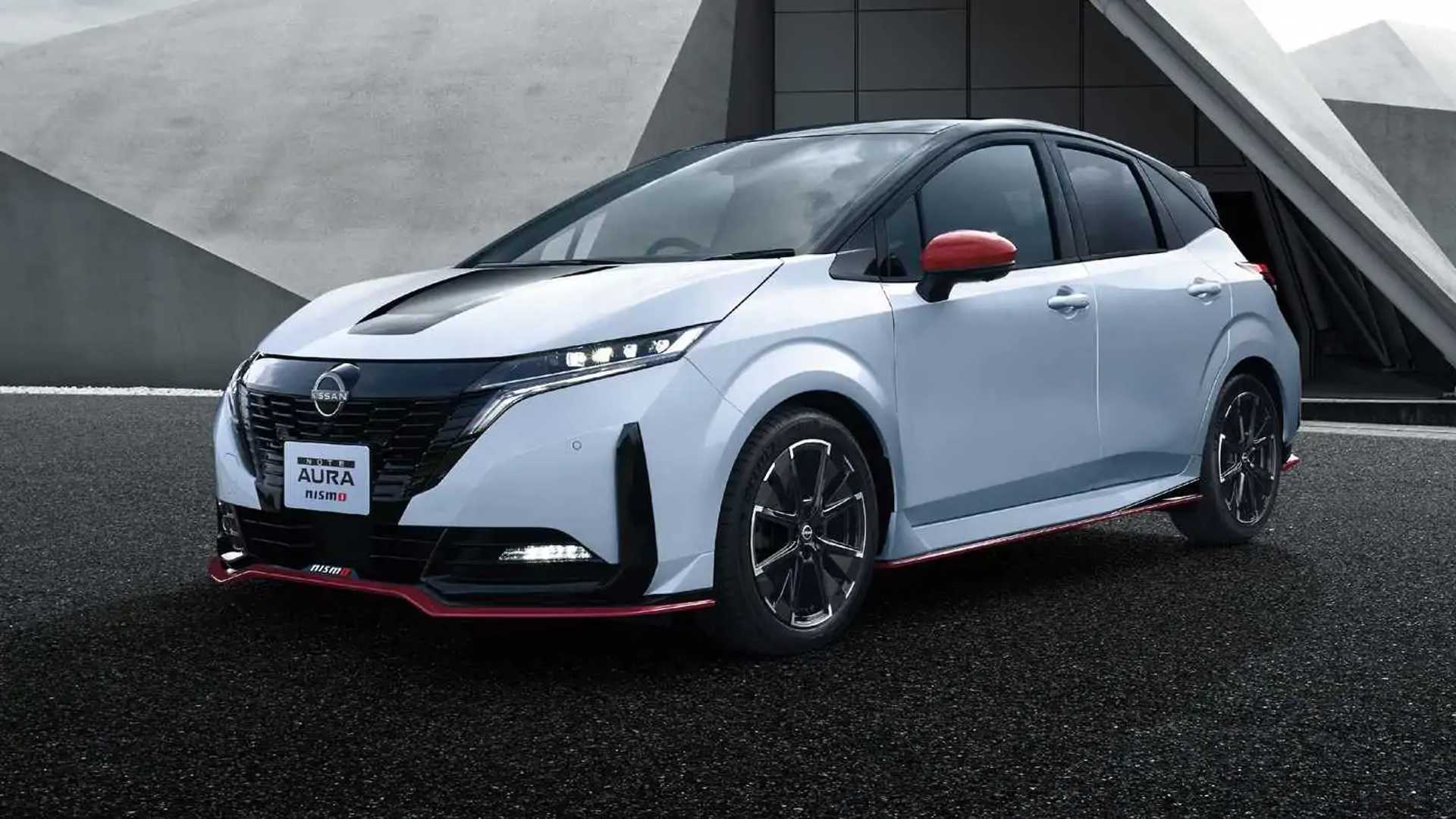 It’s offered exclusively with a FWD setup by utilizing a naturally aspirated 1.2-liter gasoline engine serving as a generator to power a front-mounted electric motor and a small lithium-ion battery pack. Essentially, it’s a range-extending EV. Much like the regular Note Aura, the system offers 134 horsepower (100 kilowatts) and 221 pound-feet (300 Newton-meters) of torque.

This is not the first Note to get the Nismo treatment as the previous generation was also offered in a sporty version, but now horsepower has gone up by 25 percent and torque by 18 percent thanks to improvements made to the e-Power system. In addition, Nissan says the styling tweaks bring real aerodynamic benefits and the car takes advantage of suspension upgrades and a stiffer body for sharper handling.

If you’re wondering how much it costs, Nissan is asking 2,869,900 yen for the Note Aura Nismo at home in Japan, which works out to about $26,200 at current exchange rates. Should you want the small hatchback as a pure EV with electric motors at the front and rear for AWD, it costs virtually the same amount of money, but it’s not available in Nismo attire. 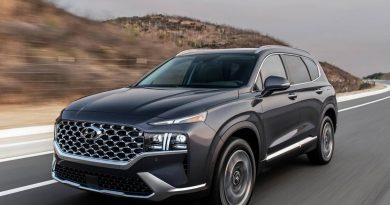 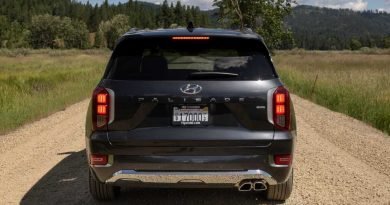