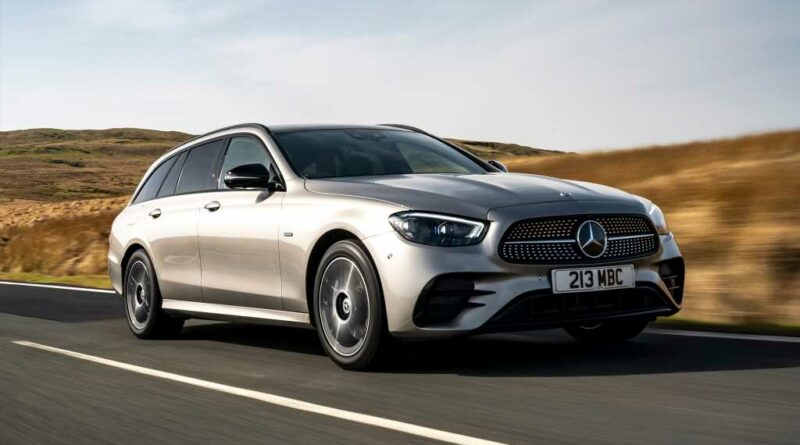 Station wagons are hard to find in America. Of the more than 120 car nameplates sold here, just nine are available with a long roof. Plug-in hybrid station wagons are even harder to find. (In case you’re wondering, there are just two: Volvo’s V90 Recharge and V60 Recharge wagons.) A wagon that’s a plug-in hybrid and whose internal combustion engine is a diesel? It doesn’t exist. Well, certainly not here in the U.S. But Europeans can buy one. Meet the Mercedes-Benz E300de Wagon.

The long-roof E-Class has been one of the few wagons sold in America with any degree of consistency, and over the years it has built up a small but loyal following. Solid, smooth, discreetly upscale, and roomy enough to haul the family and their stuff out of town for a week in the Hamptons, the E-Class wagon boasted some of the wealthiest owners of any car in America before premium SUVs were a thing.

In Europe, one in three E-Class models sold is a wagon, one in two in Germany.

Even in its most basic spec—you can buy one with a 157-hp four-cylinder engine, cloth seats, and 17-inch wheels—the E-Class wagon is quietly comfortable and elegantly functional, its serenity of purpose underpinned by deep knowledge engineering. In our opinion it is the world’s best wagon, a car that hews to the best traditions of the three-pointed star. (The same goes for the E-Class lineup as a whole, given the 2021 E-Class was the 2021 MotorTrend Car of the Year.)

The Most Economical of E-Class Wagons

Mercedes-Benz pitches the E300de as having the most economical of the nine powertrains available in the E-Class wagon lineup. Under the hood is a 192-hp version of the proven 2.0-liter OM654 turbodiesel, with a 121-hp motor between the engine and the nine-speed automatic transmission that’s fed by a 13.5-kWh battery, enough to give the E300 de a claimed 31-mile range on pure electric power. Total system output is 302 hp and 516 lb-ft of torque, which delivers a 0-60-mph acceleration time in the high 5-second range, according to Mercedes.

Critics say the problem with plug-in hybrids (PHEVs) is their electric driving range is poor compared with a proper EV, and when the battery’s done, the internal combustion engine uses more fuel than it should because it has to lug around the dead weight of a slumbering EV powertrain. PHEVs are the worst of both worlds, they insist, and in theory, they’re right. But after packing a Mercedes-Benz E300de wagon with four adults and all their luggage and using it as a workhorse during a weeklong stay in picturesque Cornwall in the southwest of England, we’re convinced this PHEV might be one of the most sensible family vehicles on the market today.

As with any good tool, though, the secret is in how you use it.

Using E-Power to Its Fullest

We had a 75 percent charge in the battery and an indicated EV range of 17 miles when we began the 352-mile run from London. Left in the default Hybrid mode, the Mercedes wafted through the suburbs on pure electric power, the internal combustion engine only kicking in when the battery’s charge was almost fully depleted. The internal combustion engine then did the heavy lifting for the rest of the trip, which was evenly split between freeway cruising at 75 mph and slow 30-to-50-mph running on crowded two-lanes.

Even so, we arrived at our destination with the trip computer showing 105 of those miles had been completed without the internal combustion running. The powertrain management system would shut down the little diesel at any opportunity and allow the Mercedes to coast, or use regeneration (the Active Brake Assist system fitted to our fully loaded test vehicle automatically used it to slow the car when it sensed slower traffic ahead) to send a charge back to the battery, which then allowed the motor to be used for torque fill and to power the car silently through small villages. We topped up the tank with just 7.95 gallons of diesel, which meant the big Benz had returned roughly 44 mpg for the trip.

The internal combustion engine fired up just once during our six-day stay in Cornwall. After being plugged into a regular wall socket for some five hours, the fully charged battery would deliver a realistic 26 miles of pure EV range with the car switched into E-Mode, enough to cover our short trips to nearby tourist spots. In all, we covered about 150 miles on electric power alone. Indicated electricity consumption ranged from a worst of 2.1 mi/kWh to a best of 3.5 mi/kWh, which pencils to roughly 70.8 mpg-e to 118.0 mpg-e.

The hybrid powertrain control system also has an E-Save mode, which keeps the internal combustion engine running to preserve the battery’s state of charge, and a Charge mode, which uses the engine to recharge the battery while the car is being driven. These are in addition to the normal Mercedes-Benz Eco, Comfort, Sport, Sport+, and Individual drive modes.

For the trip back to London, via lunch deep in the wilds of Dartmoor, we started with a full battery and—as the internal combustion engine had run for only 30 miles since our visit to the gas station earlier in the week—a near full tank. Topping the car up in London revealed we’d used just 8.16 gallons of diesel over 502 miles for an effective average fuel economy of 61.5 mpg.

Over the 856 miles we’d traveled in total during our week away, the E300de had averaged 53.1 mpg—deeply impressive economy for a roomy, 4,750-pound station wagon that was fully loaded most of the time.

The E300de wagon isn’t perfect. Its 13.5-kWh battery sits in a box across the rear load space, reducing cargo capacity by about 25 percent. And we’d like more EV range. (The PHEV C-Class wagon, just launched in Europe, addresses both issues with a 24.5-kWh battery mounted out of the way under the rear load space to deliver a claimed pure electric driving range of just over 60 miles.)

Nevertheless, this Mercedes shows that an intelligently engineered PHEV can be a genuine halfway house between a conventional internal combustion engine vehicle and a full battery electric vehicle. Plug it in every night, and you can use E-Mode to waft smoothly and silently around the ‘burbs, on those runs to the stores, to the coffee shop, and to the kids’ soccer game. And when you need to munch the miles, there are few more fuel-efficient engines than a torquey little diesel running at a constant speed.

Smooth and quiet, roomy and comfortable, with better ride and handling than any comparably sized SUV, and a digital powertrain toolkit that, if used correctly, can deliver truly outstanding efficiency, the Mercedes-Benz E300de wagon is the thinking person’s family car. 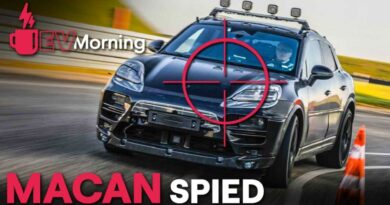 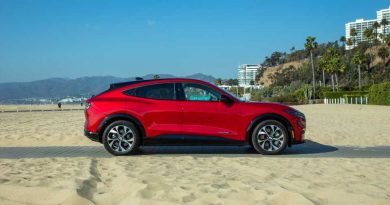 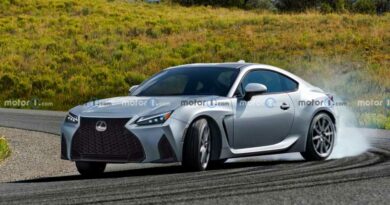