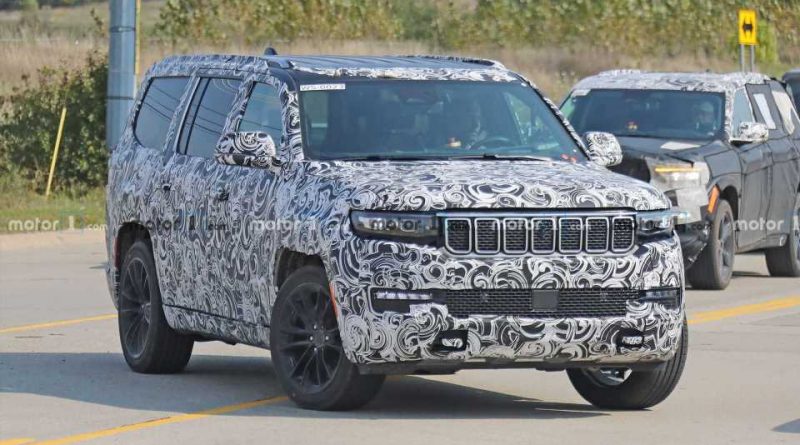 There are some differences between the concept SUV and this test vehicle.

Just over a month ago, Jeep unveiled its Grand Wagoneer concept SUV to the world. The moniker has been absent since the early 1990s, and this reboot will become Jeep’s luxury SUV flagship. It will also be a proper three-row people mover, and now we have our best look yet of the actual model that will enter production.

These fresh spy shots show a test vehicle wearing just a basic camouflage wrap on its big body. Gone are the heavy camo covers that previously obscured the SUV’s face, and without such coverings, we can clearly see a very strong resemblance to the concept version. The narrow grille and placement of the lower LED driving lamps are spot on, and from the side, it’s a dead match for the concept. 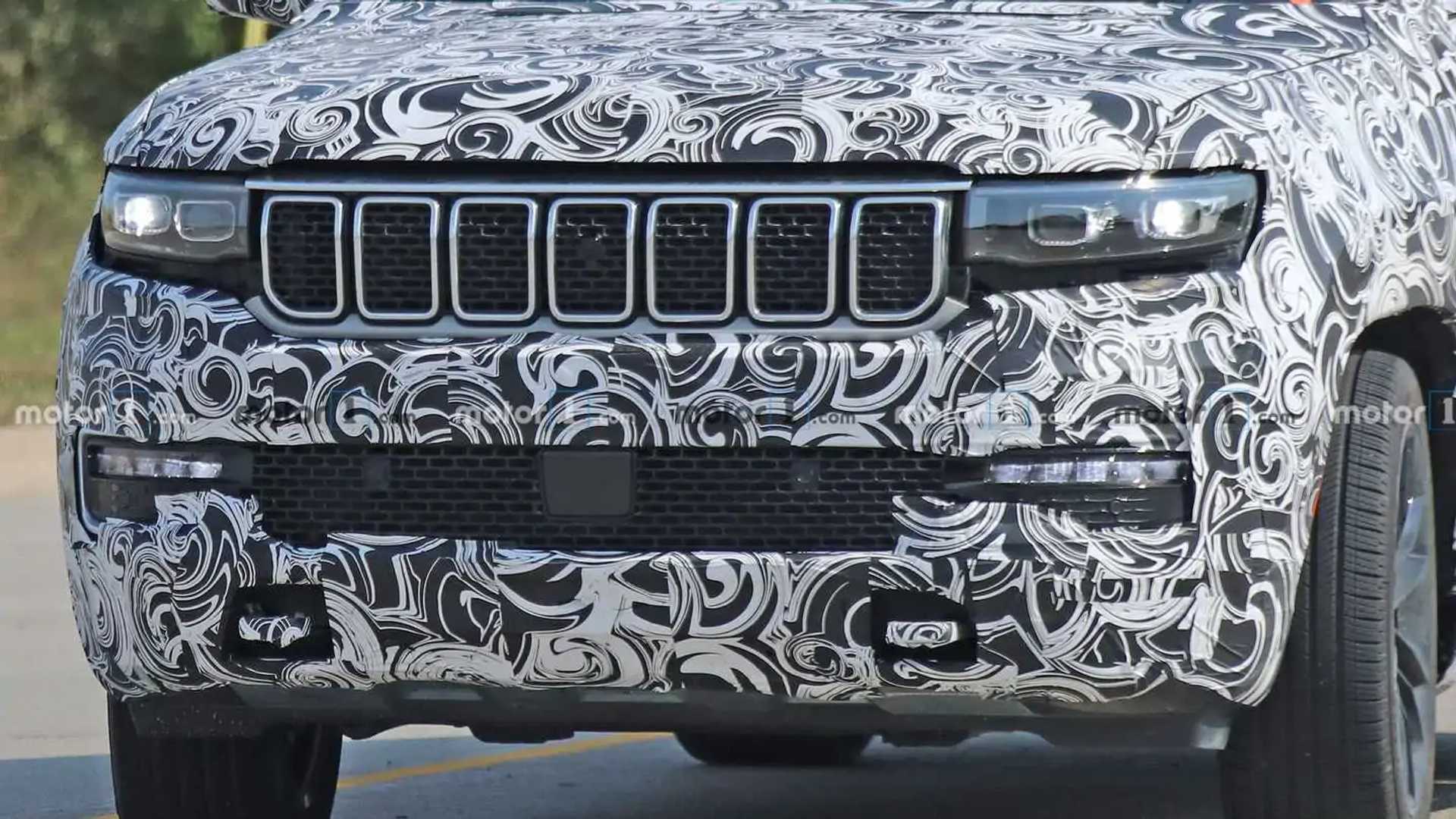 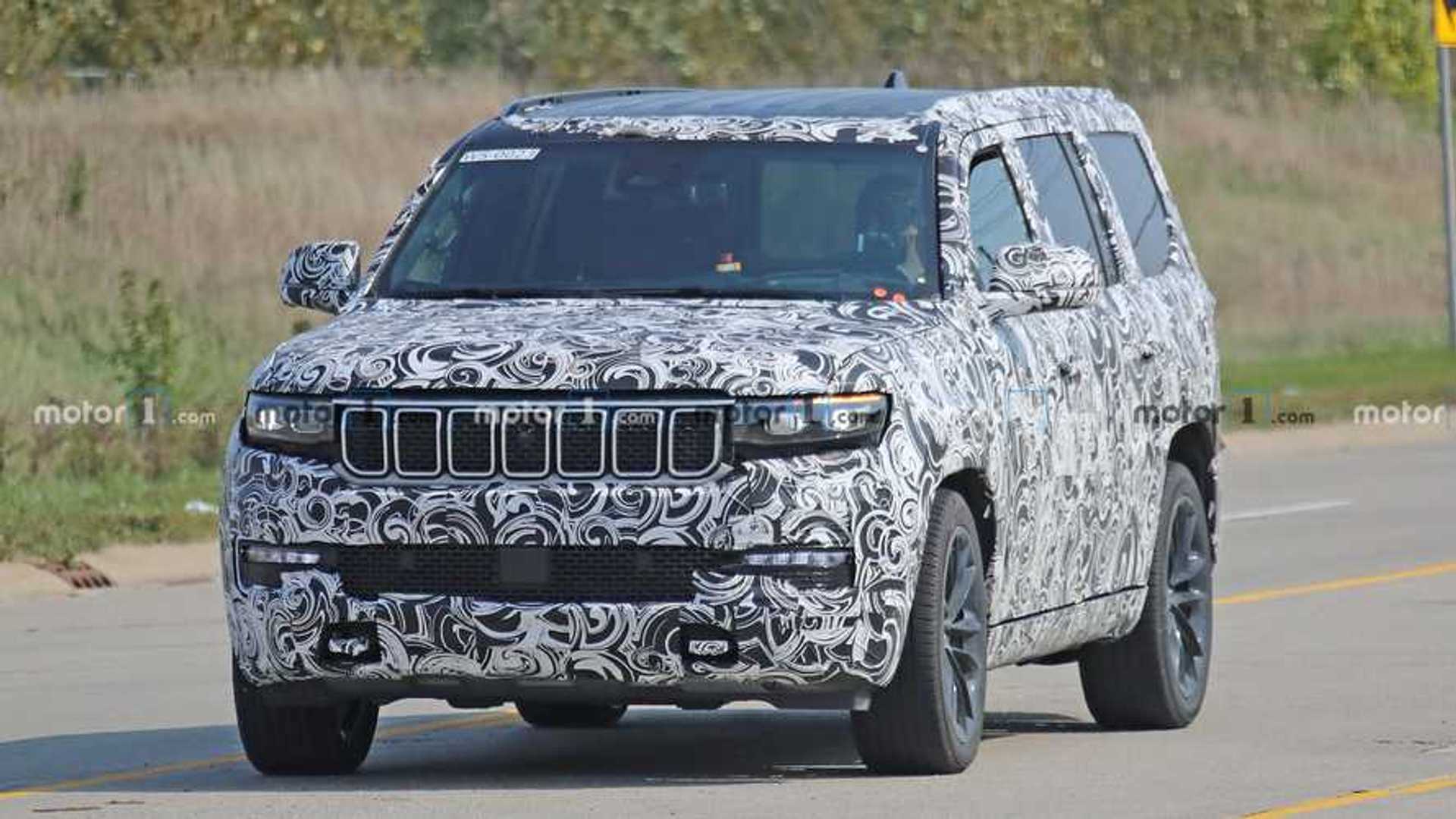 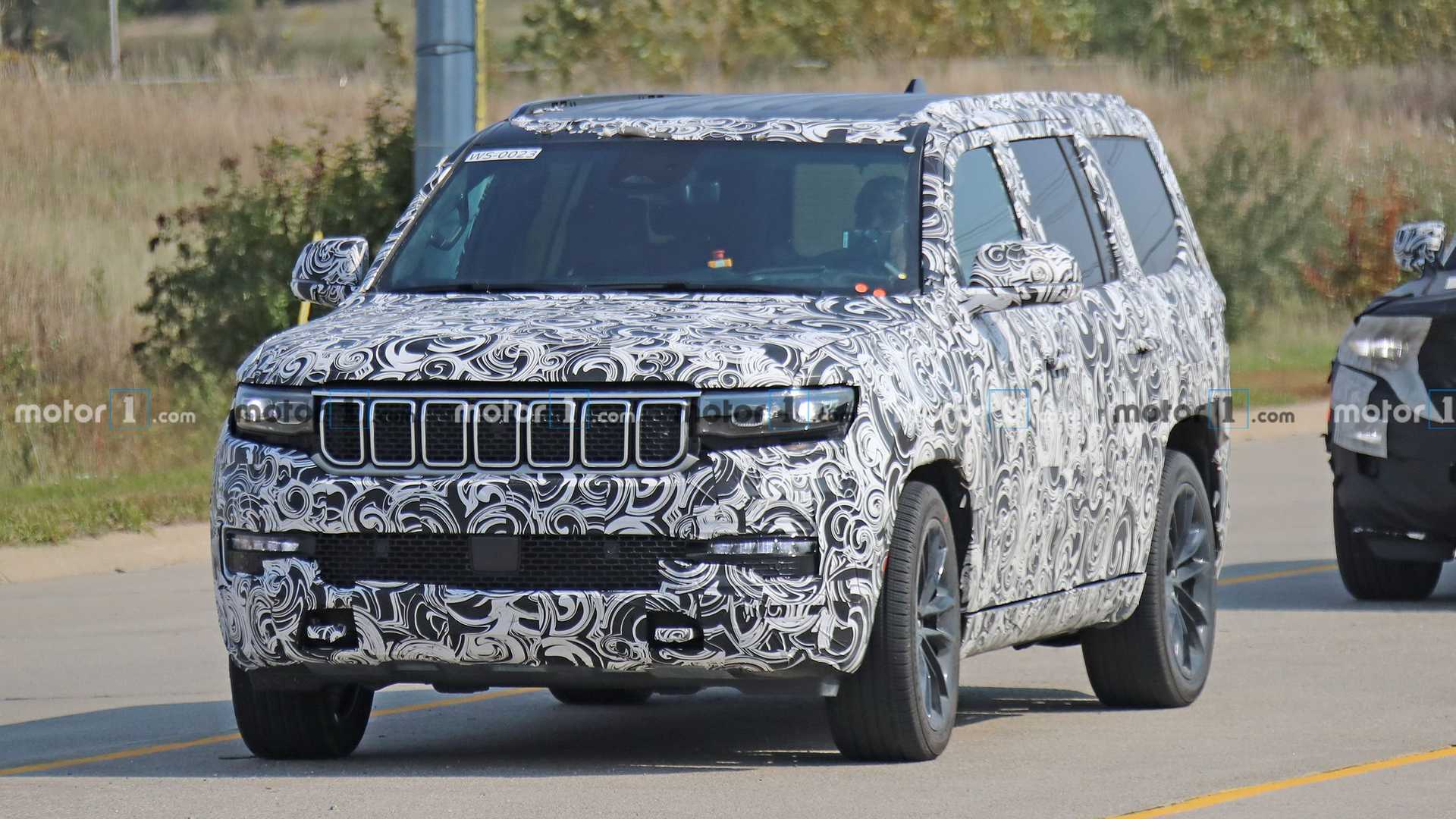 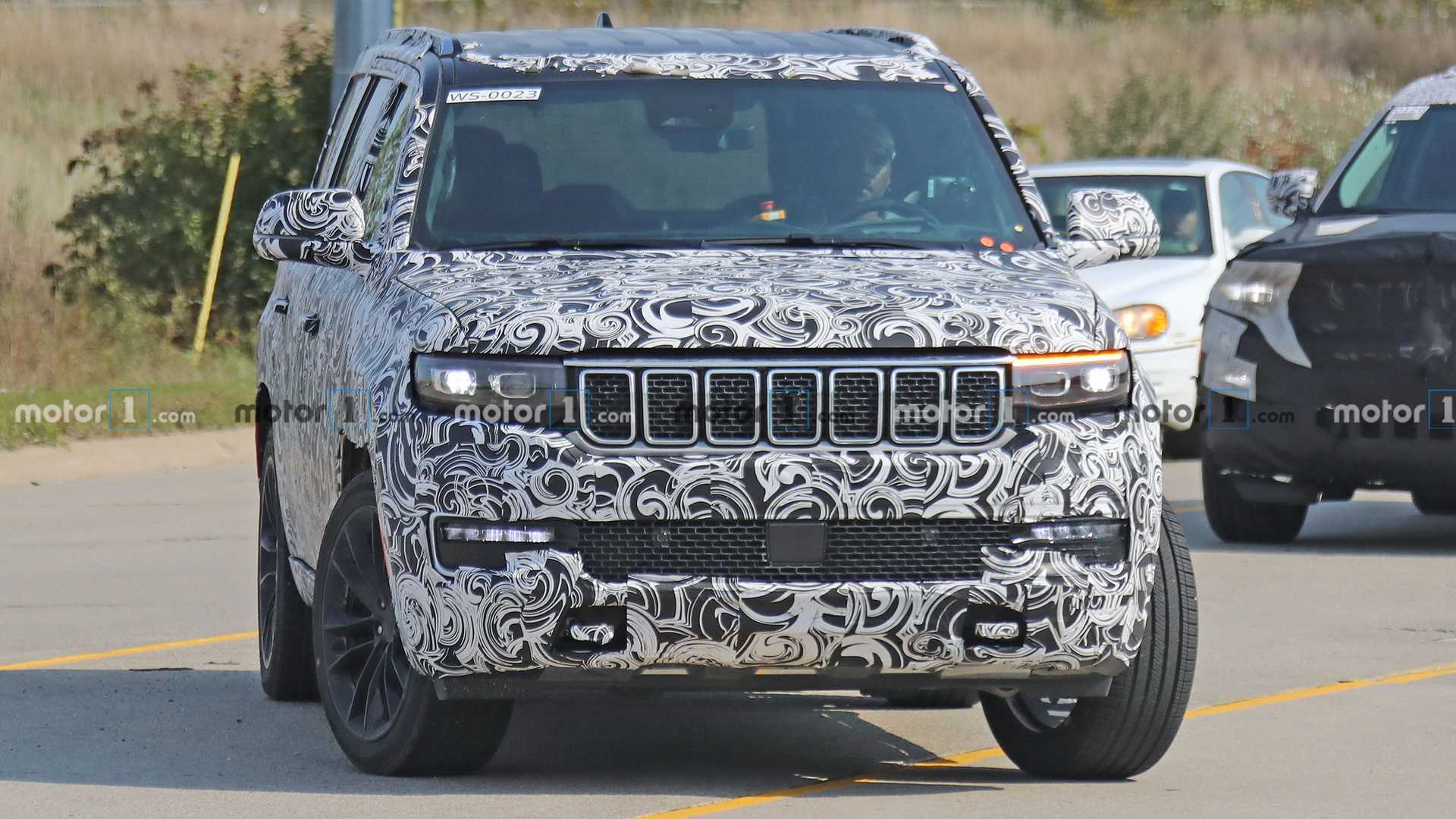 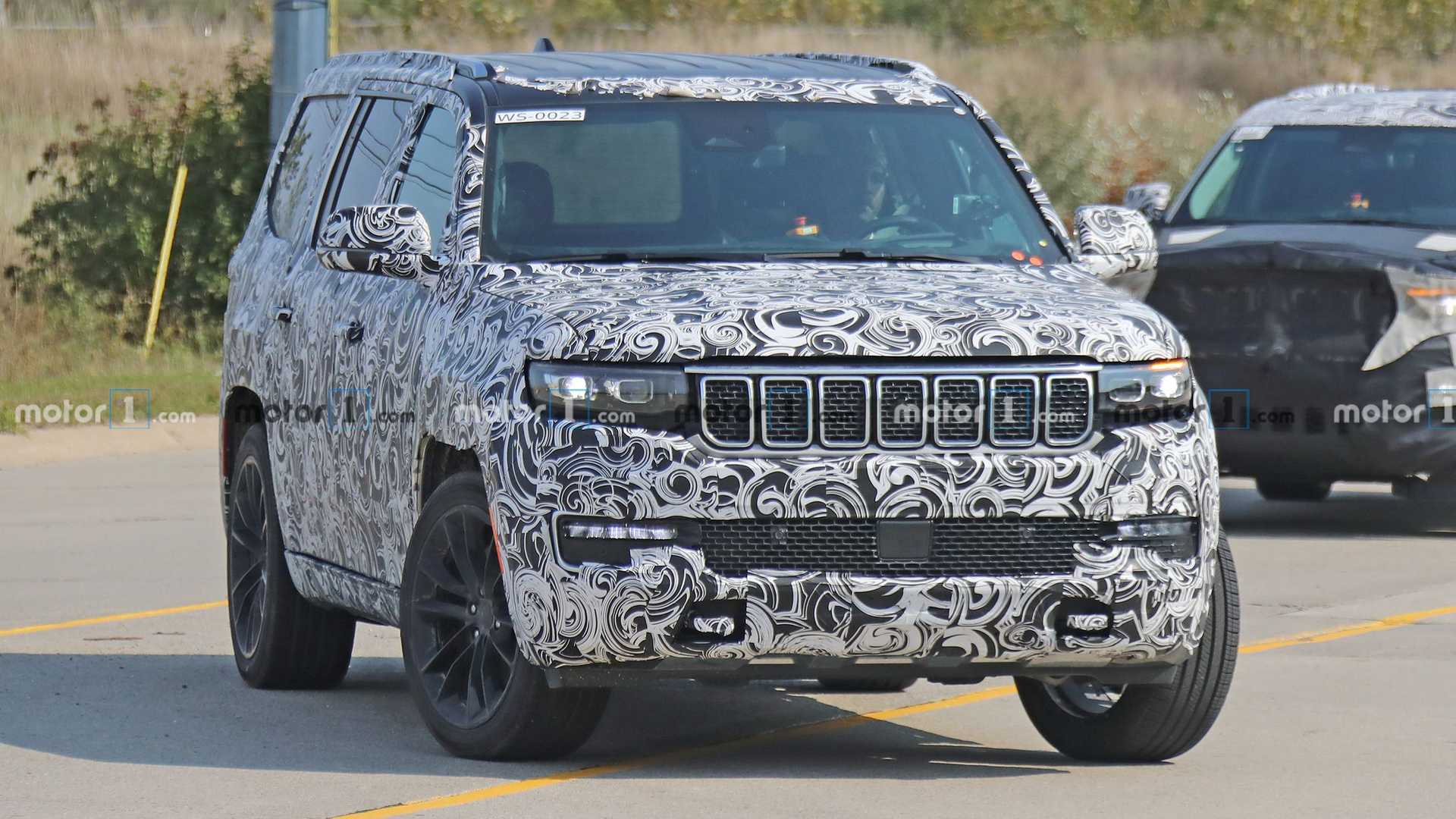 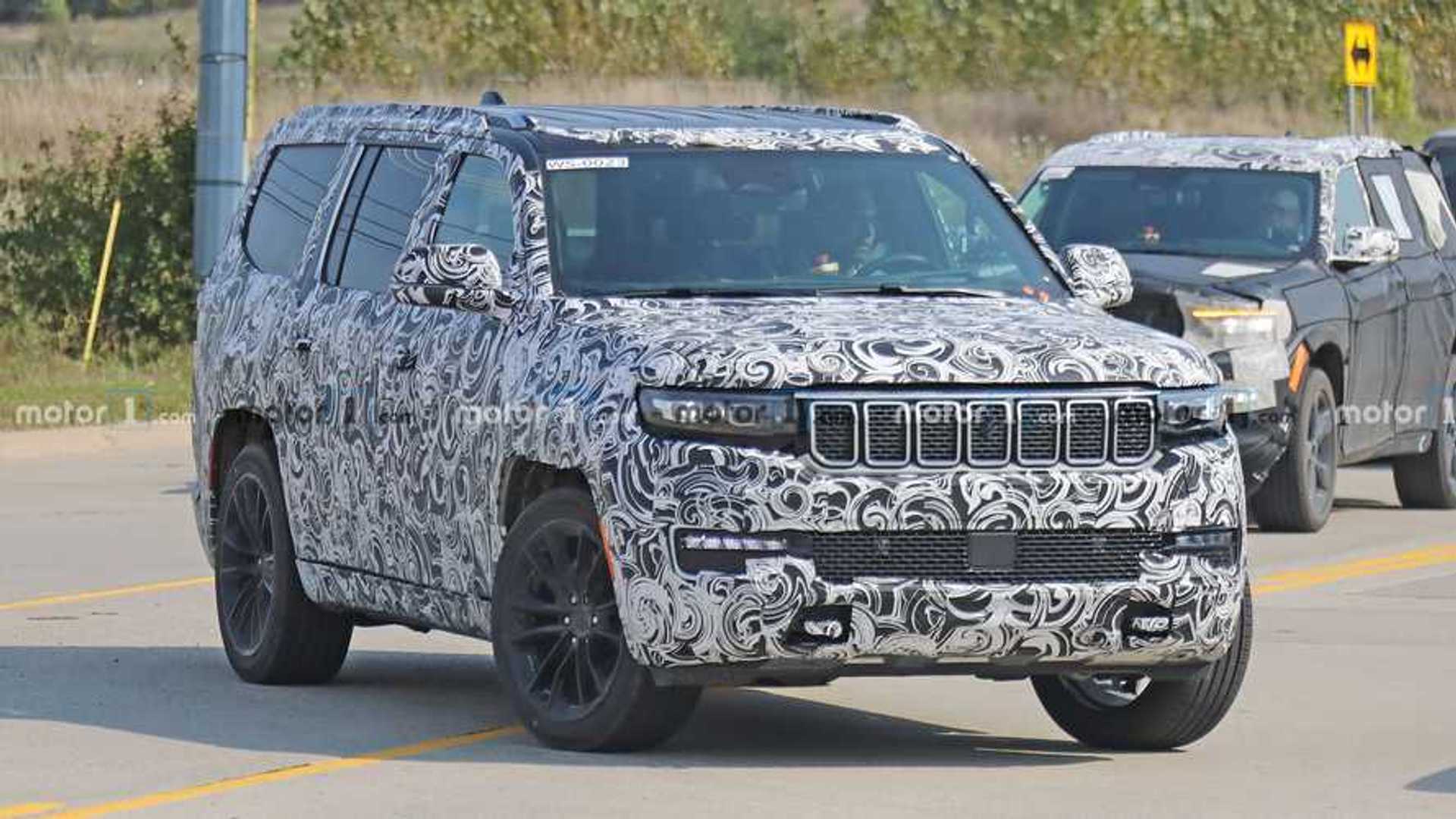 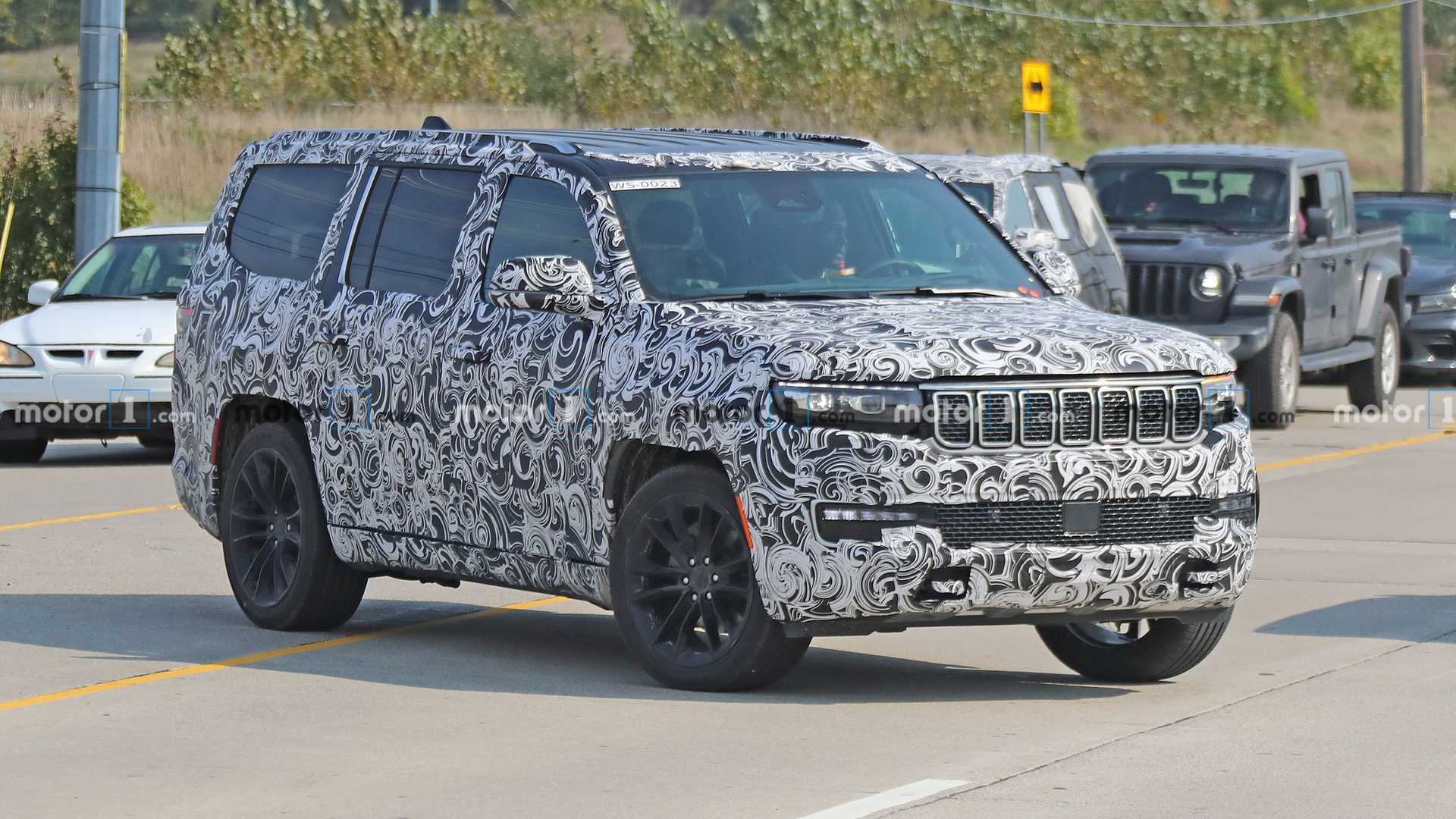 However, it’s not a carbon copy. Look closely at the front and you’ll see the lower edges of the grille aren’t as angled, adopting a more conservative take on Jeep’s seven-bar grille instead. The lower air intake also appears to be a one-piece affair as opposed to a two-piece design that was shown on the concept. The headlights aren’t as narrow either, but all in all, it’s indeed very similar to what we saw in early September.

Moving to the side, we see a profile that matches the concept right down to the up-kink at the rearmost window. The side mirrors on this test vehicle are a bit larger, but we still see the squarish wheel arches. The photos don’t give us the same up-close look at the rear, but the narrow taillights look nearly identical to the concept. The trapezoid cutout for the license plate looks the same, but the camo wrap prevents us from seeing detail in the rest of the hatch or lower fascia.

To be honest, it’s unclear if these photos capture a Grand Wagoneer or the lower-spec Wagoneer. Either way, it will mark Jeep’s long-awaited entrance into the large three-row SUV realm, where it will face off against the likes of the Ford Expedition, Chevrolet Suburban, GMC Yukon, and in Grand Wagoneer trim, the Lincoln Navigator and Cadillac Escalade.

The new Wagoneer is slated to begin production sometime in 2021 and should go on sale for the 2022 model year. 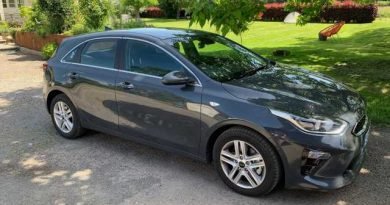 You Know What? Just Buy the Kia 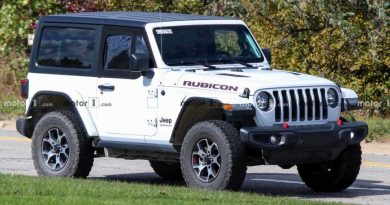 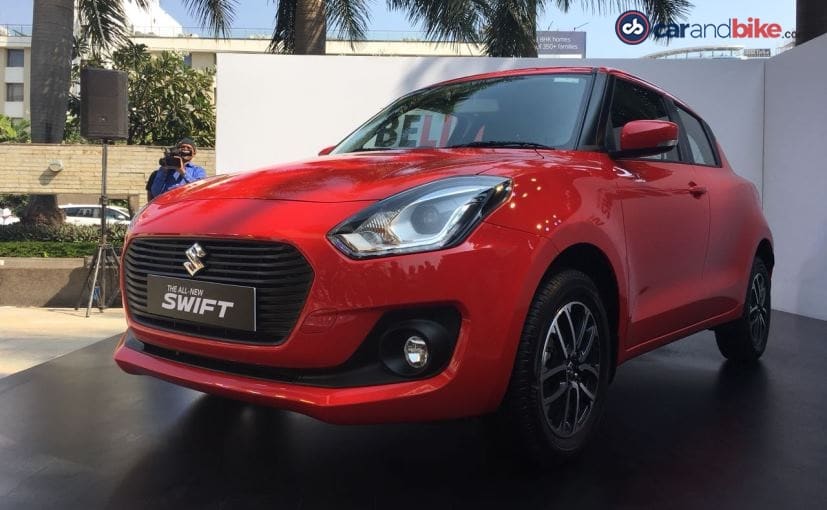