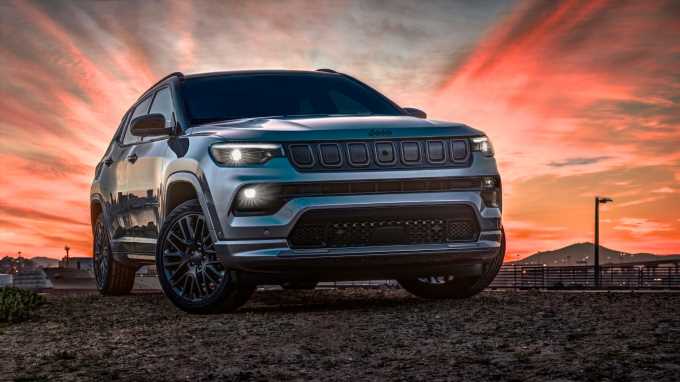 There are more than 20 subcompact SUVs on sale right now, and it’s safe to say the Jeep Compass isn’t one of the good ones. It sits 13th in our rankings thanks to its wheezy powertrain, lackluster on-road performance, and cheap interior. However, the 2022 Jeep Compass is getting a fresh face and new interior to hopefully right some of those wrongs.

The more notable change is to the exterior. While a new Compass debuted in China late last year with styling similar to the 2020 Compass, the American market car gets a new, different look. Up front, the chin is more pronounced, the grille appears to be more upright, and the headlights are angrier. The changes aren’t as notable out back, with updated taillights being the biggest change.

Step inside, and you probably wouldn’t recognize the Compass. Gone is the chunky-looking dash in favor of a long, sleek, and flat plane on which an all new infotainment display is situated. The new 8.4- or 10.1-inch (depending on trim) displays host Uconnect 5, the same system onboard the new flagship Wagoneer and Grand Wagoneer. To complement the new infotainment system, buyers can now opt for a 10.3-inch digital gauge cluster, too.

But the improvements don’t stop at the tech. The new, more horizontal dash adds an impression of roominess and new materials should help lift the space and address the previously poor material choices. The driver gets a new steering wheel design that’s slimmer, and there’s now a USB-C port and a center console that’s been reworked for better organization.

The Compass will now be available in five trims. In addition to Sport, Latitude, Limited, and the off-road spec Trailhawk, there is now a Latitude Lux. As you might imagine, it focuses on bringing luxury features to the middle of the Compass lineup. It includes features like heated and power seats, the larger of the two infotainment displays, and all-wheel drive.

Glance at the spec sheet though, and you’ll notice some things haven’t changed. The 2.4-liter Tigershark MultiAir2 engine at the root of the Compass’ lagging performance is still here, and it has slightly lower output than before: 177 horsepower and 172 lb-ft of torque versus 180 and 175. The engine will be mated to either a six- or nine-speed automatic gearbox, and Jeep says the new nine-speed (which comes with AWD-equipped models) is smoother and better at delivering the engine’s power, a claim we’ll vet once we get our hands on one for testing.

The new Compass also gets some new safety features for 2022. Automatic braking for pedestrians and cyclists is now standard, and optional tech includes a 360-degree surround-view camera, blind-spot monitoring, and parallel-park assist. Eventually the Compass will also get Jeep’s Highway Drive Assist feature for automatic lane centering and follow, it just won’t be available at launch.

Every Compass will come with the option for all-wheel drive. Should you opt for it, Jeep’s Selec-Terrain will be on board to help you work your way through snow, sand, and mud. Should you go for the Trailhawk—which adds a one inch lift and some knobbier tires—you also get Jeep Active Drive Low, hill-descent control, and 8.6 inches of ground clearance. Trailhawks also come with red tow hooks and a few other distinguishing exterior features.

Jeep isn’t talking pricing for any of the new Compasses yet, but they’re set to arrive in dealerships in the fall of this year. Expect a starting price similar to the current Compass’s $25,990 base ask. 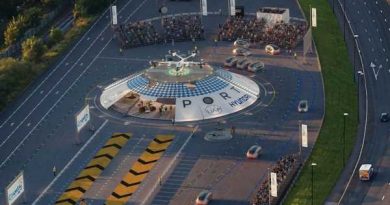 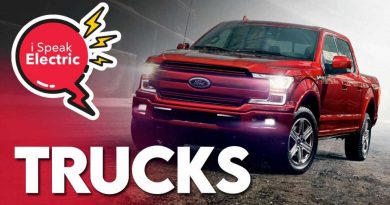 Electric Pickup Trucks: Everything You Need To Know 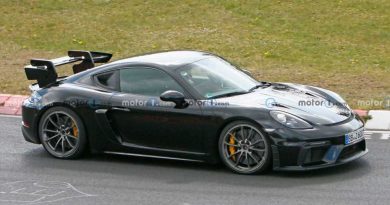