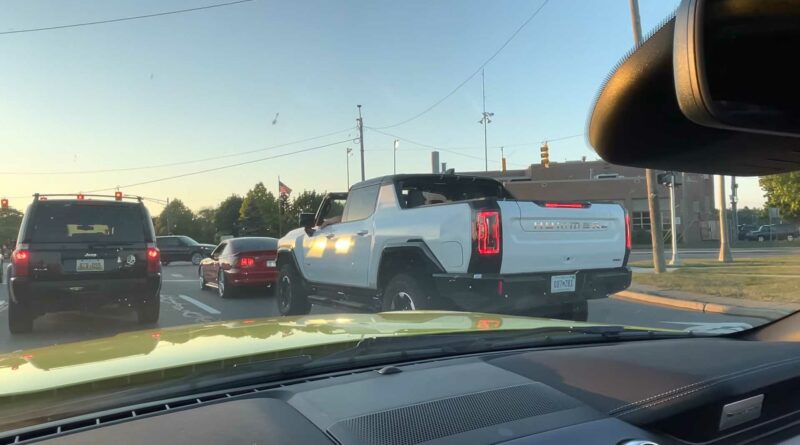 It certainly stands out on the famous Detroit street.

Back in the day, Detroit automakers cruised Woodward Avenue alongside a plethora of hot rodders and muscle car mavens, testing out their pre-production vehicles in real-world situations. By testing, we mean engaging in stoplight-to-stoplight races on the infamous 20-mile stretch running from Detroit to Pontiac. Woodward is still the place to cruise in Southeast Michigan, but automakers aren’t as involved in the action as they used to be.

This video from Sinister Coyote 5.0 on YouTube shows at least one Detroit brand still prowls Woodward on a warm summer evening. There’s no mistaking the GMC Hummer EV occupying the right lane, and yes, it’s definitely a manufacturer vehicle. The earliest models won’t enter production until the fall, so it’s safe to assume some fine-tuning on the massive truck is ongoing. With the roof open on this high-riding Hummer as the driver enjoys a Michigan sunset, it looks like testing is a very hard job.

It’s an active evening on Woodward, too. The camera car is a late model Mustang with a slightly tweaked exhaust, but we also see a Lamborghini pull alongside the Hummer early on. Later in the video a vintage 1969 Camaro SS Pace Car comes into view, and for the entire clip, the Hummer follows a late ’90’s SVT Mustang Cobra. And the Hummer driver isn’t taking it easy either, as the truck makes a couple of swift-but-silent pulls away from the camera. With the electric truck expected to weigh upwards of 9,000 pounds, its performance is impressive.

We’ve certainly seen the GMC Hummer from all sides at this point, but the video gives us our first real taste of how it fits with everyday traffic. It certainly stands out in a crowd, but as it passes a full-size Ford F-150 at the 2:20 mark, it doesn’t look considerably larger. However, it does look supremely capable of tackling off-road obstacles, as we saw back in May with an official GMC video showing Hummer testing at Moab.

That said, we suspect most Hummer EV sightings will be exactly like what we see here. Call us crazy, but we don’t see many owners taking their six-figure electric truck with 1,000 horsepower into the wilderness for a bit of off-roading. If nothing else, you don’t get nearly as much attention on a dusty trail as you do cruising Woodward. 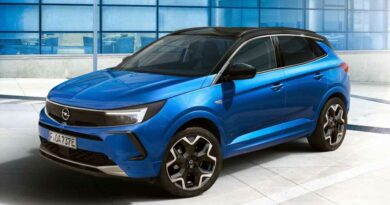 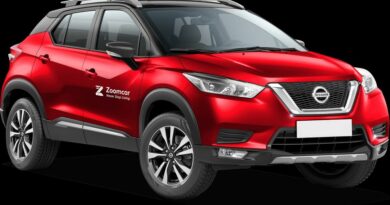 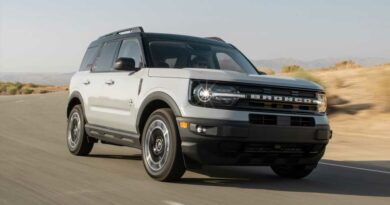