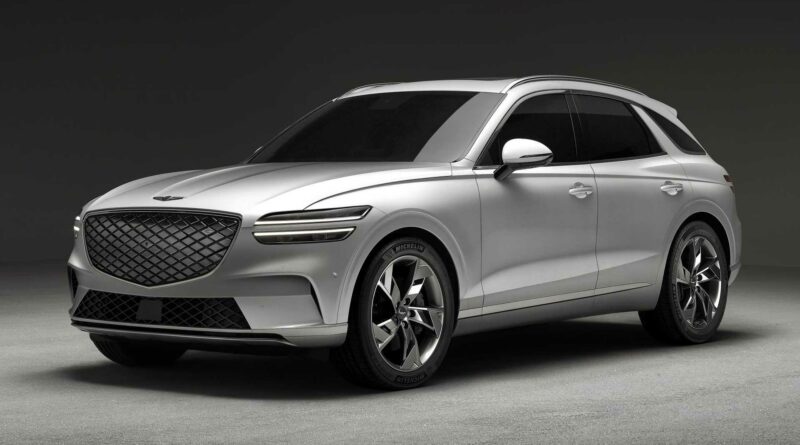 Another auto show in China, another Genesis EV is breaking cover. Following the Electrified G80 from Auto Shanghai 2021 in April, the Electrified GV70 is premiering today at the Auto Guangzhou 2021. Unlike the GV60 riding on a bespoke electric car arhitecture, the other two zero-emissions models retain the original platform by yanking out the oily bits and replacing them with electric motors and a battery pack.

It looks precisely as you would expect it to, essentially carrying over the design of the conventionally powered model while adopting a closed-off grille with a diamond pattern while hiding the charging port. Obviously, the exhaust tips are now gone, thus giving the rear bumper a cleaner look. Genesis has also applied some mild changes to the front bumper by slimming down the mesh pattern on the sides. 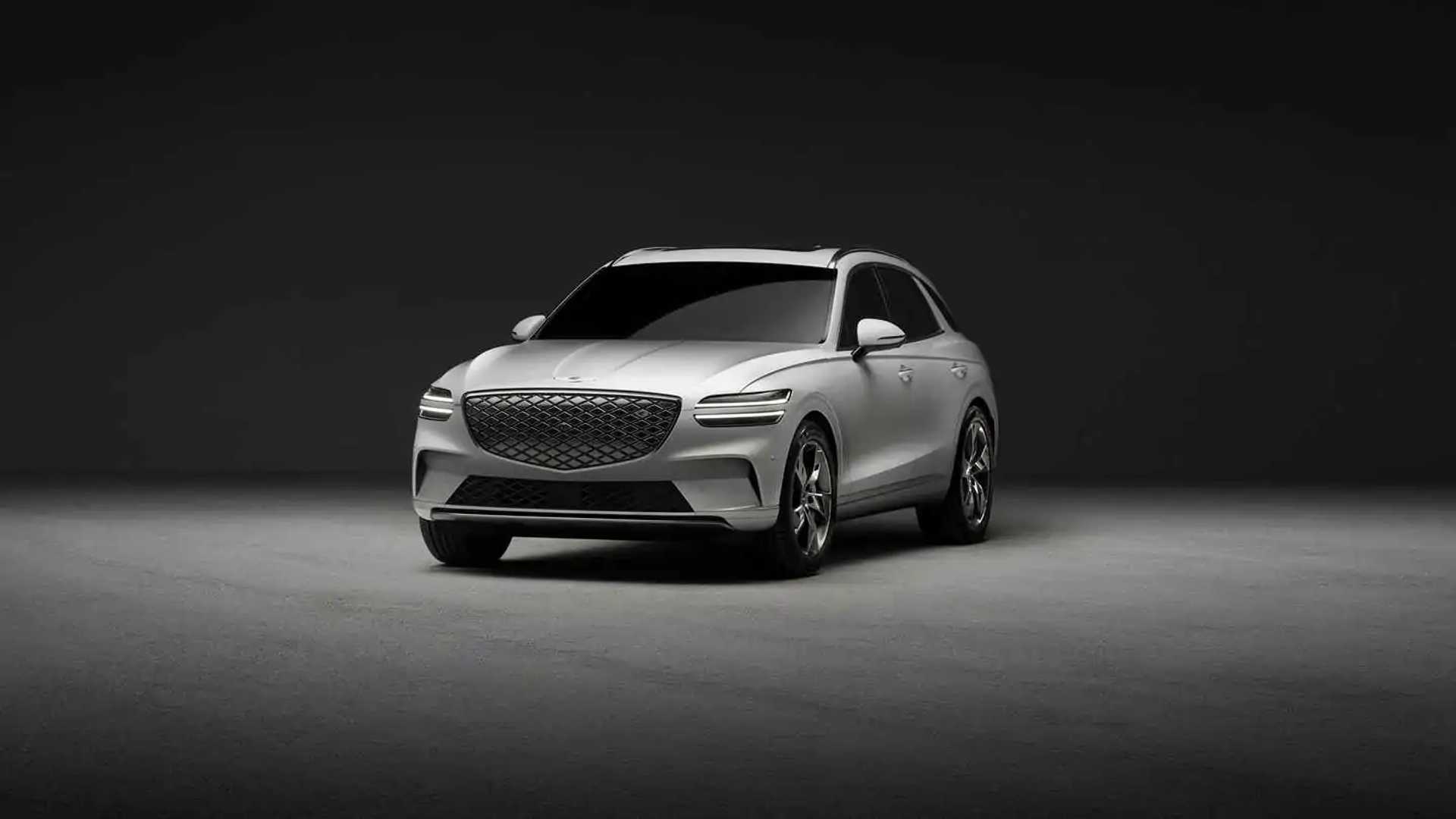 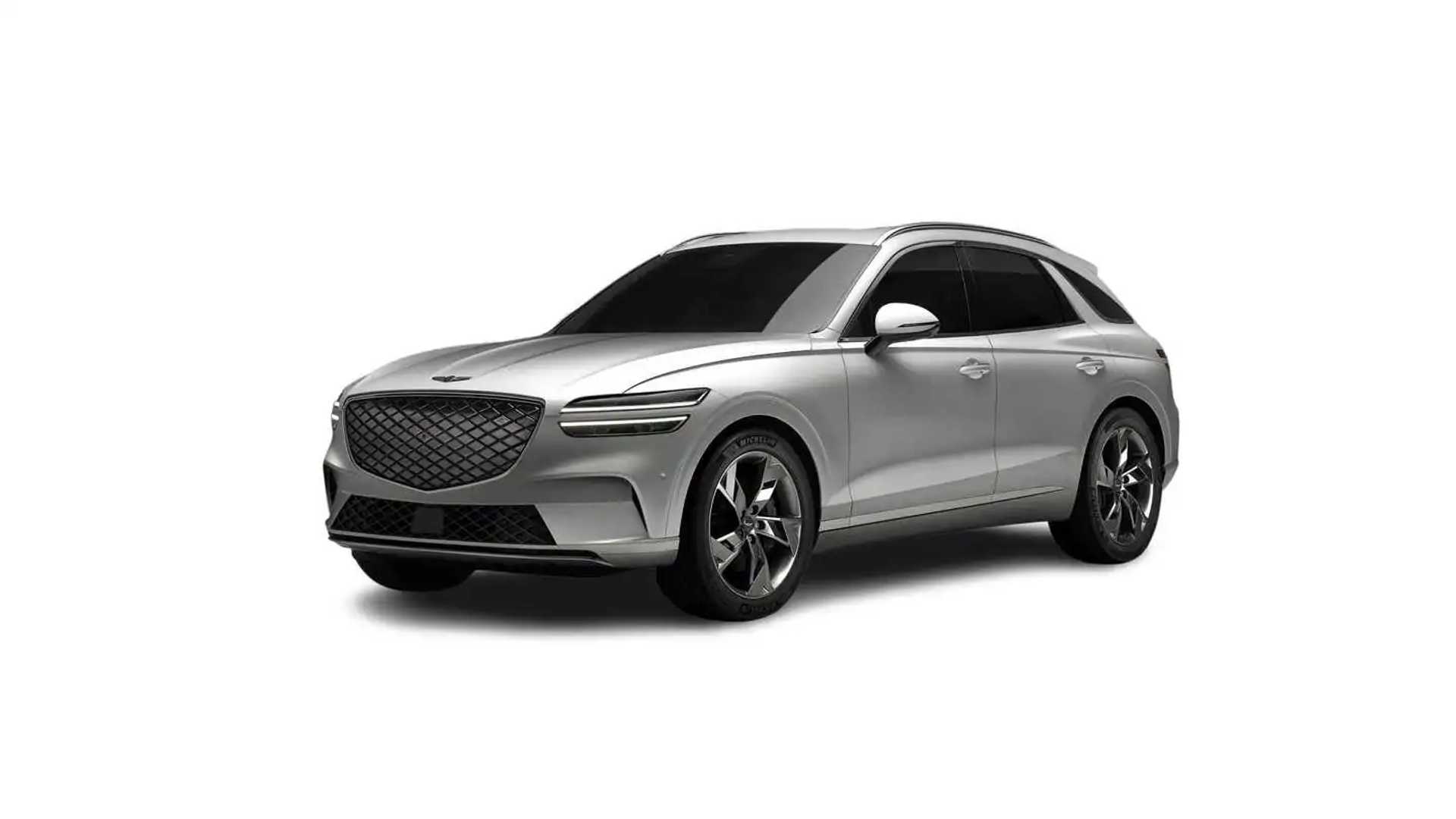 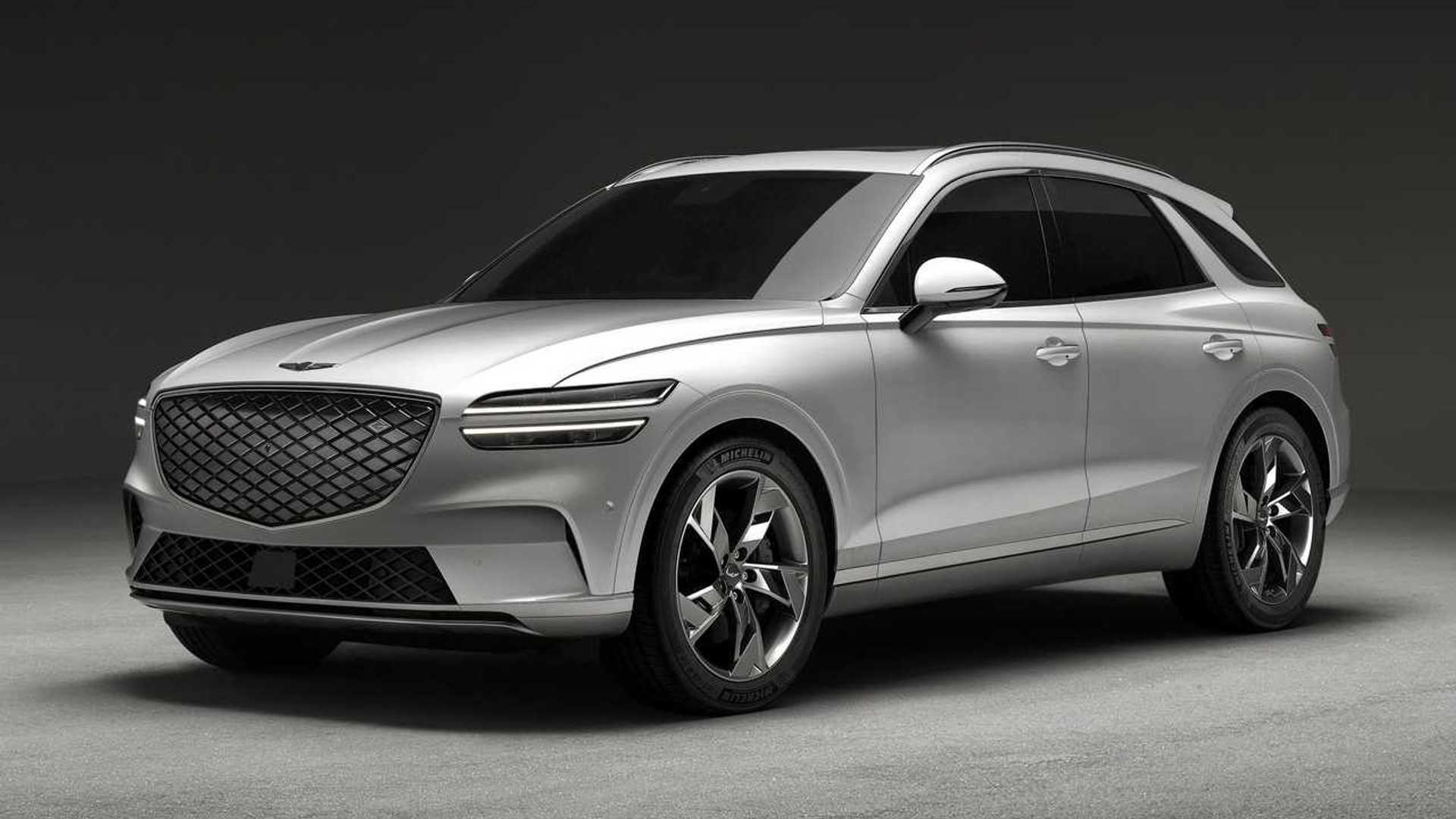 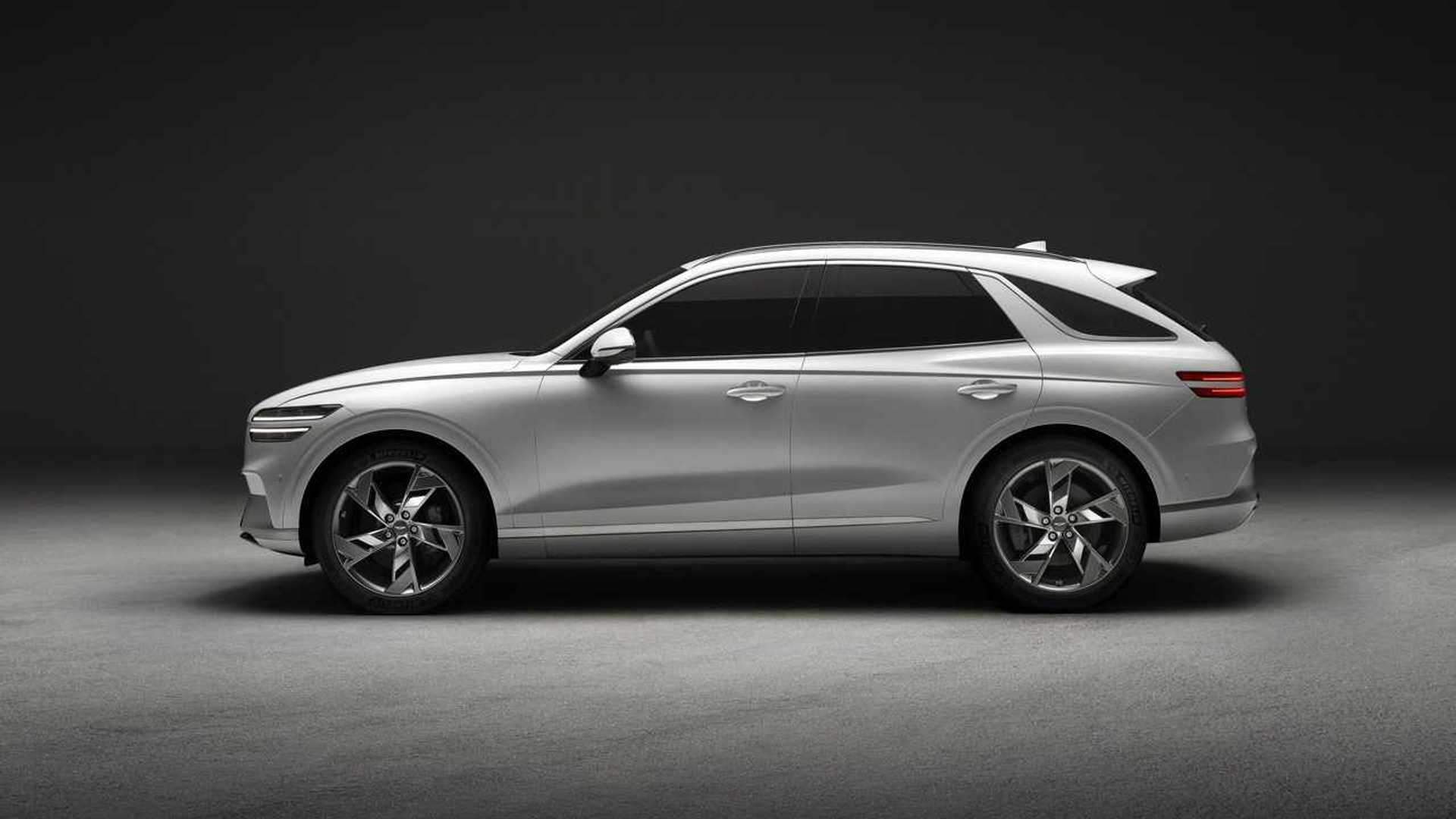 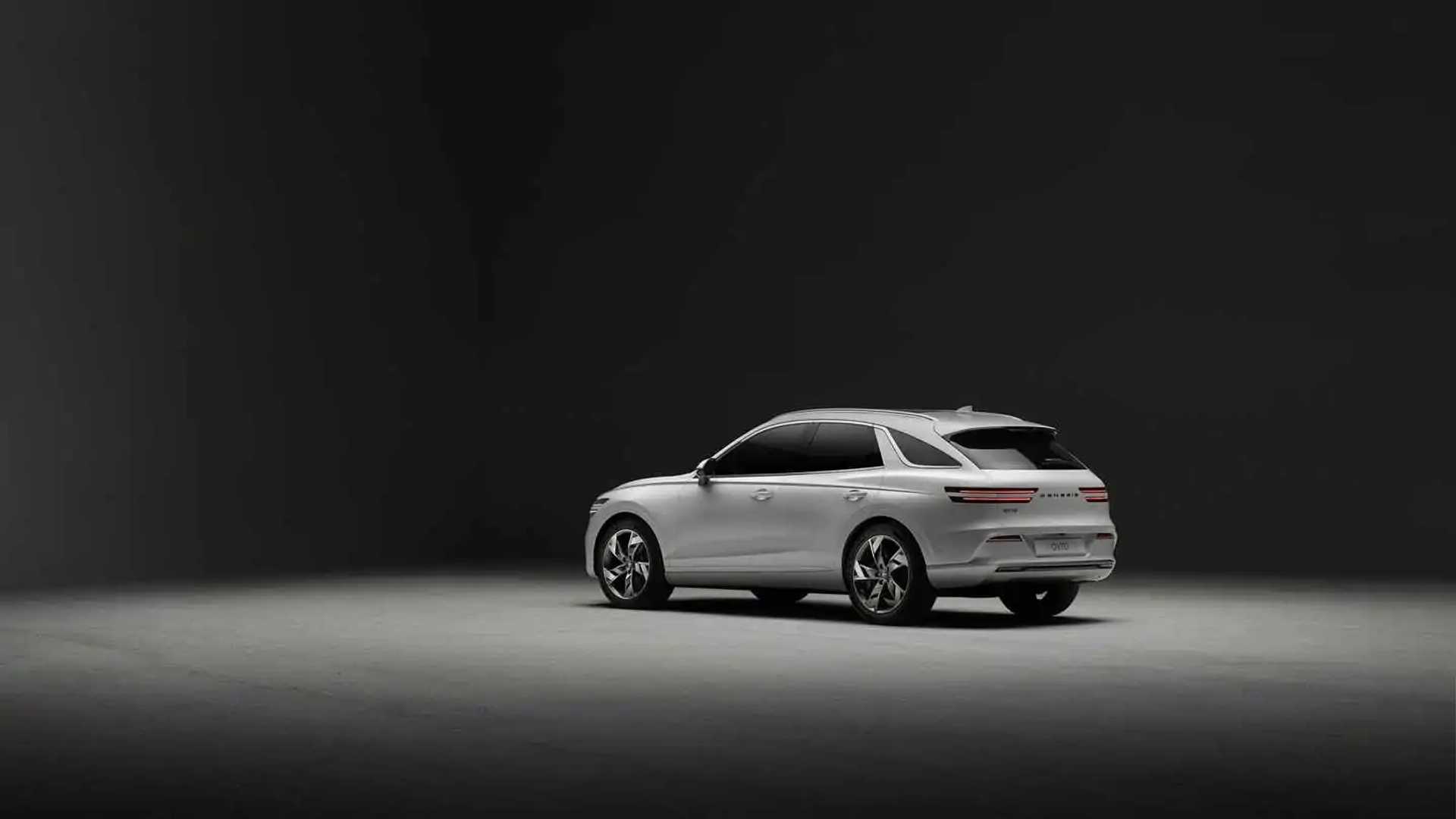 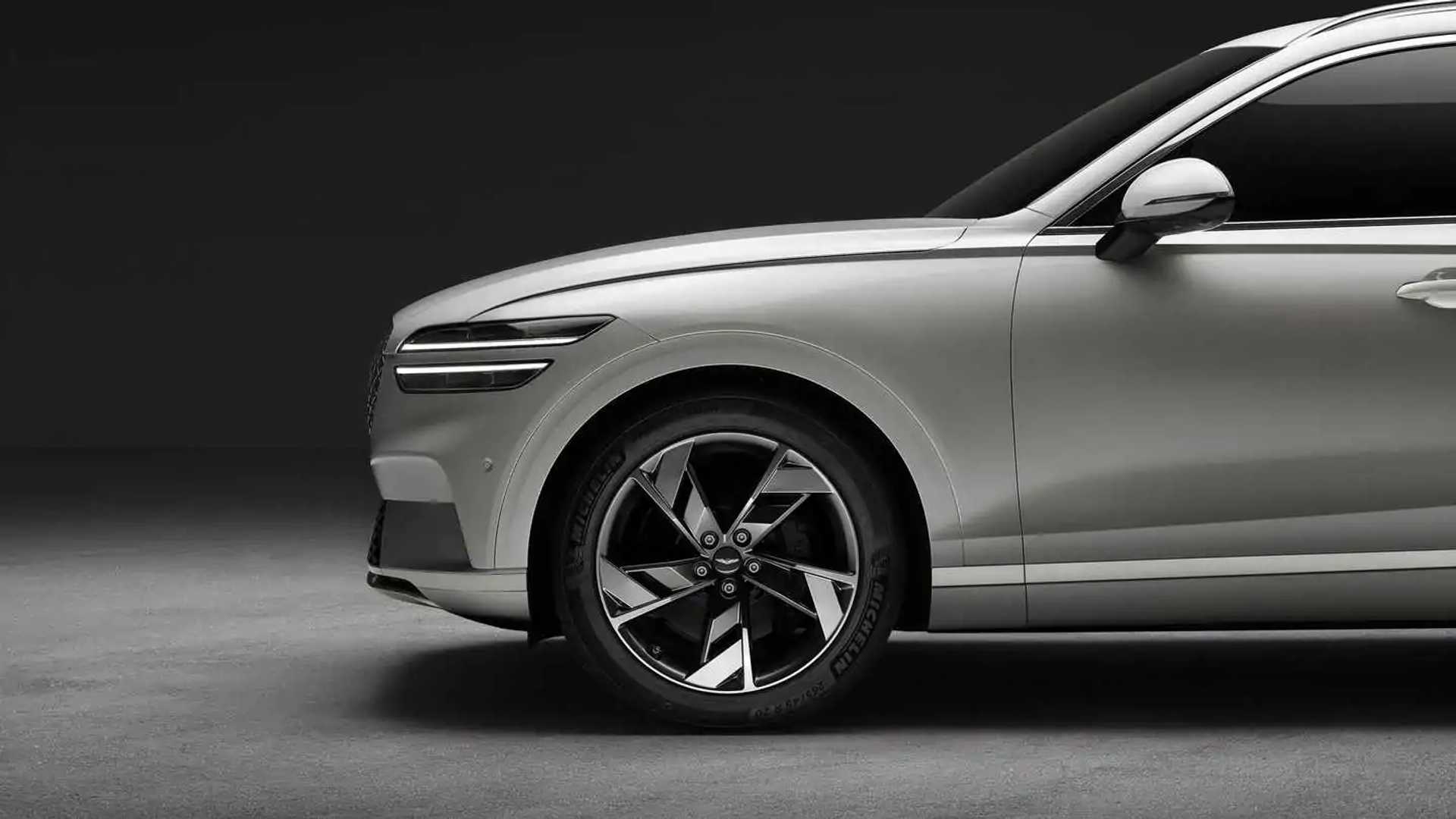 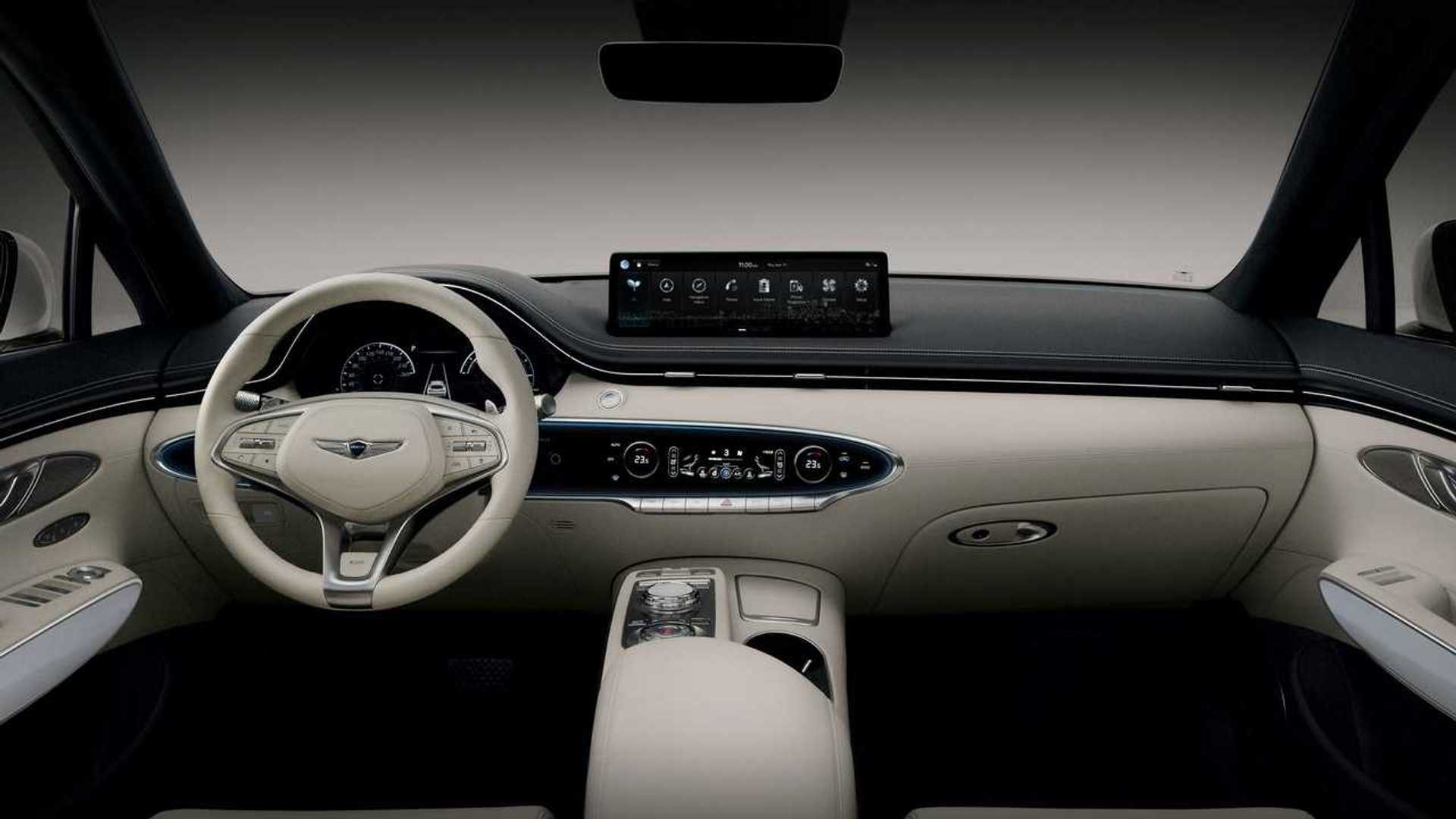 Much like the Electrified G80, the new ICE-less GV70 comes as standard with all-wheel drive, and will automatically switch to two-wheel drive when the extra power is not needed as a way to boost efficiency. There’s something interesting about the dual motors worth pointing out. Specifically, the luxury crossover has a Boost Mode, enabling a temporary peak output of 483 horsepower (360 kilowatts) and 516 pound-feet (700 Newton-meters) of torque. The sedan lacks this brief extra punch and offers only 365 hp (272 kW) along with the same amount of torque as the crossover.

With Boost and Sport modes turned on, the Electrified GV70 will need only four and a half seconds to reach 62 mph (100 km/h) from a standstill. Another difference between the two is the implementation of an e-Terrain Mode tailored to driving across rougher roads, a mode you won’t find on the GV60 either as Genesis claims the GV70 without exhaust tips is the first to get it.

Curiously, the battery pack’s size has not been announced. We do know the crossover will support 350-kW fast-charging to juice up the battery from 10 to 80 percent in less than 20 minutes thanks to the 800V system. With the battery fully charged, the Electrified GV70 is going to cover more than 311 miles (500 kilometers), but bear in mind that number is based on China’s CLTC cycle.

Hyundai’s premium division is confirming the new EV will be coming to North America and that specifications will be disclosed at a later date. Should the electric crossover share the battery with the Chinese model, that quoted 311-mile range will be different for EPA’s rating. As with the E-GMP-based models (Ioniq 5, EV6, GV60), the new electric sedan supports bidirectional charging (at 3.6 kW), meaning you’ll be able to use the battery’s energy to power appliances outside the vehicle.

Nothing is official at this point, but it’s widely believed the Electrified GV70 will be the Hyundai Group’s first electric model to be built in North America, specifically at its plant in Alabama. 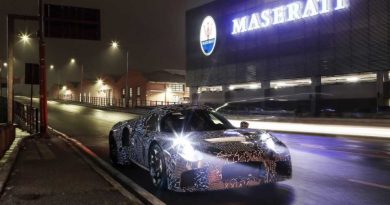 Maserati to Return to Racing With the Mysterious MC20 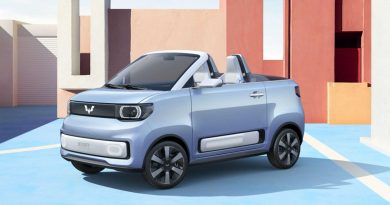