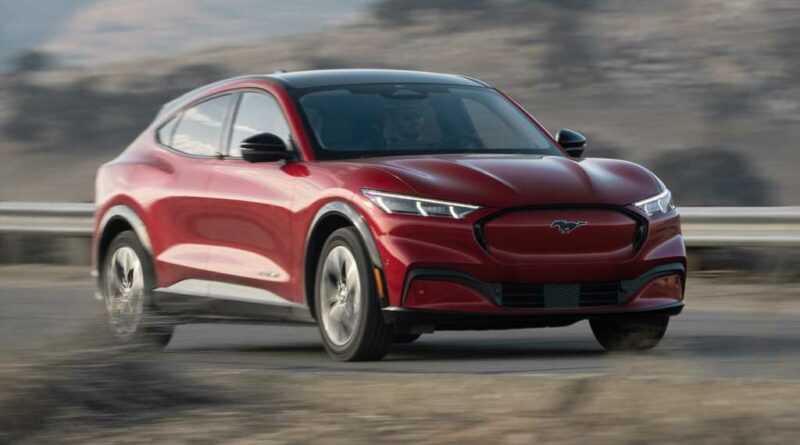 A few years ago, we decided to stop arguing with automakers about whether their vehicle was a car or an SUV. “Tell us what it is, and we’ll test it that way,” we said. Which is, in a nutshell, how both the rear-drive Ford Mustang Mach-E California Route 1 and all-wheel-drive Mach-E 4x Premium ended up stuck in the sand on the off-road test at SUV of the Year.

The culprit? Blame the Mach-E’s 5.8 inches of ground clearance and lack of off-road modes. The 4x Premium refused to allow the wheel slip needed to power through or “rock” out of trouble (by shifting between drive and reverse), while the rear-drive Mach-E could only dig itself deeper. To be fair, a couple of front-drive SUVOTY contenders got stuck in the same spot.

Key difference: It took less than 10 minutes to yank those vehicles out via tow hooks screwed into their bumpers. Neither Mach-E had any kind of tow point or even a receiving end to screw a hook into, so recovery necessitated nearly an hour each of digging and jacking up of the vehicles to place plastic traction boards. “If you have a front blank-plate cover for a tow attachment, please put something behind it to attach for towing,” guest judge Gordon Dickie said.

Yet we still named the Mach-E a finalist. Why? Because we realized off-roading is a specific use case the Mach-E is unlikely to see (though snow is a different matter), and it otherwise hits a lot of our award’s key criteria, including design, efficiency, engineering, safety, and—with the right specifications—value. It’s also wicked fun on a curvy road.

“It’s much more sports car than SUV,” senior features editor Jonny Lieberman said. “This is where it justifies the Mustang name. Great to drive.”

Although some judges enjoyed the loose and playful rear-drive CA-1, the majority preferred the two-motor Mach-E 4x’s all-wheel grip. “Great pull out of all the corners,” technical director Frank Markus said.

At higher speeds, surprising wind and road noise drowned out this enthusiasm. “It’s an absolute riot on twisting tarmac, and it’s fine around town, too,” Markus said. “But on the highway … oof. It’s so loud.”

Numerous judges pointed out another strange occurrence. “I felt what I can best explain as a driveline lash, which makes no sense on an EV,” Dickie said. Markus agreed: “There’s a clunking that feels like slop in the drivetrain when transitioning from coastdown to near stop and then onto the accelerator.” Why is this odd? Because the Mach-E uses a single-speed transmission, not a traditional drivetrain with clutches or gears or other components that can go click, clack, clunk.

Beyond the showstopping sheetmetal, Ford designers did their best Tesla imitation with a minimalist interior Detroit editor Alisa Priddle called “fresh, clean, and premium.” Other judges dismissed the huge, vertically oriented touchscreen as all hat, no cattle. “For a car with a 15.5-inch screen, why can’t you show me the full song title in the satellite radio view?” buyer’s guide director Zach Gale asked. Associate editor Alex Leanse said, “A smaller screen could have been made just as functional and would have allowed more design freedom in the cabin.”

The all-glass roof is another feature we wish Ford hadn’t copied from Tesla, especially without a sunshade. “The sunshine just turns the cabin into a sauna and therefore requires blasting the A/C, and in turn uses more energy, lowering the driving range,” senior editor Greg Fink said.

The Ford Mustang Mach-E may not be an SUV depending on your point of view, and it’s not our SUV of the Year. But it nevertheless makes a deeply compelling case for a spot on your EV shopping list. Editorial operations director Mike Floyd said it best: “The Mach-E would have been a moonshot five years ago. Now it’s just a really good EV with a great marketing play.” 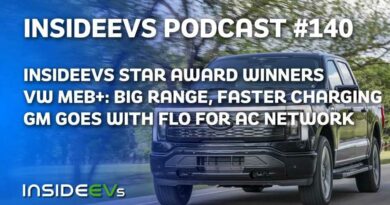 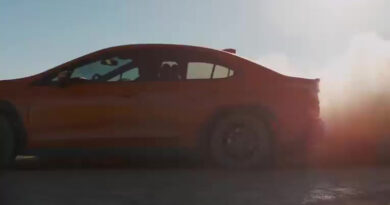 2022 Subaru WRX gets teased again ahead of debut – paultan.org