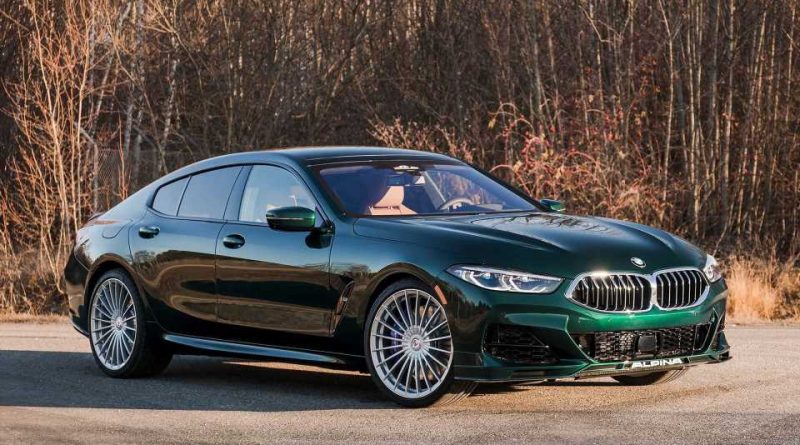 And yes, it’s coming to America.

Alpina adds a distinctive flavor to the BMW models that wear its badge. We’ve known for some time that an 8 Series Gran Coupe with the Alpina treatment was coming, and now that day has arrived. It comes with some surprise, too, as the 2022 BMW Alpina B8 Gran Coupe steps beyond the 600-horsepower mark to bump shoulders with the M8 Gran Coupe Competition.

We’ll address that point first. The B8 Gran Coupe dishes up 612 hp (456 kilowatts) from the twin-turbocharged 4.4-liter V8 under its long hood. Torque checks in at 590 pound-feet (800 Newton-meters) and if this sounds familiar, it should. The same power specs are found in the considerably larger Alpina XB7, though performance in the Gran Coupe is certainly sharper. BMW says the Alpina B8 hits 60 mph in 3.3 seconds, just a bit slower than both its M-badged counterparts. However, a top speed of 201 mph puts the B8 comfortably ahead of both rivals. 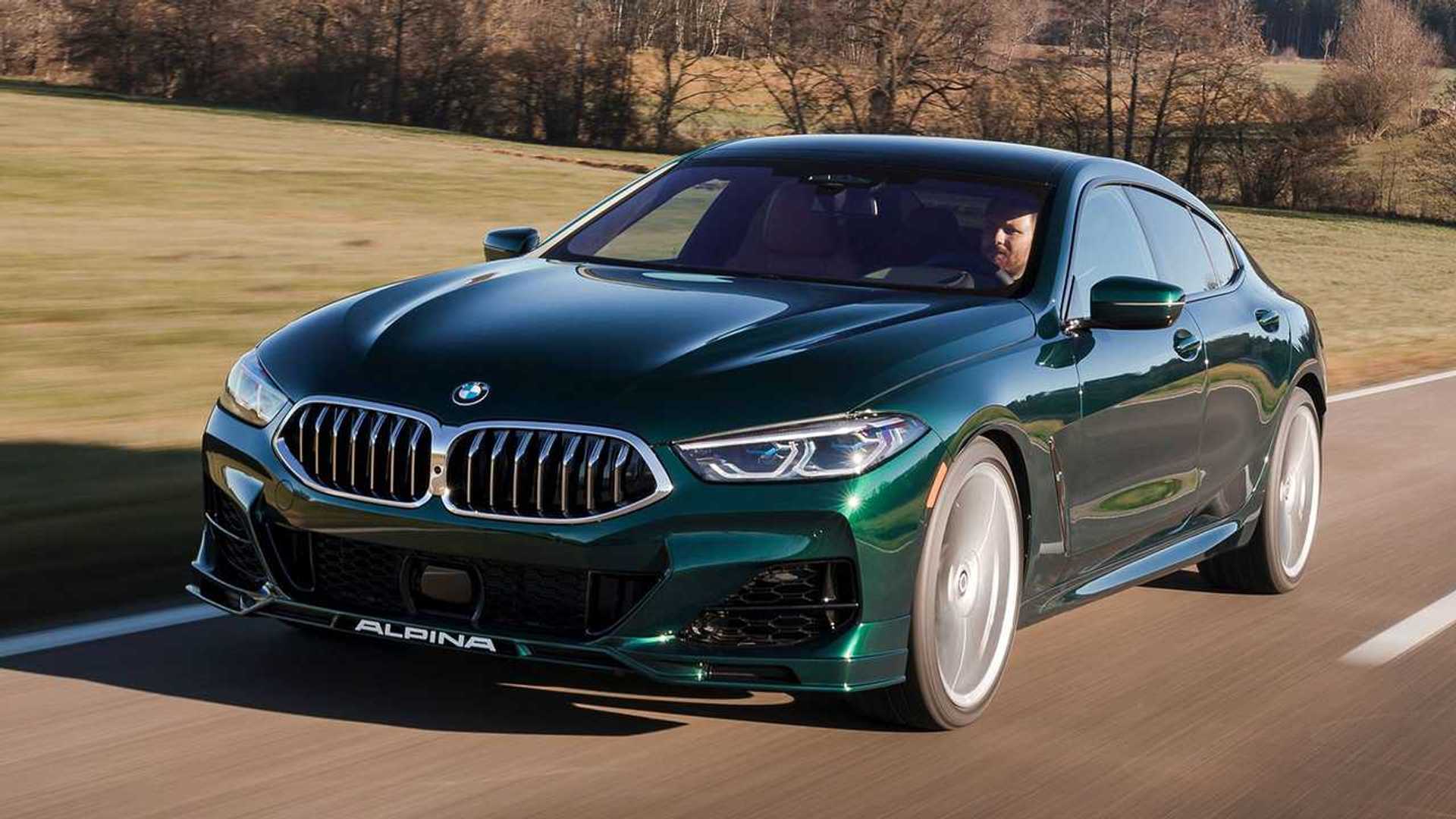 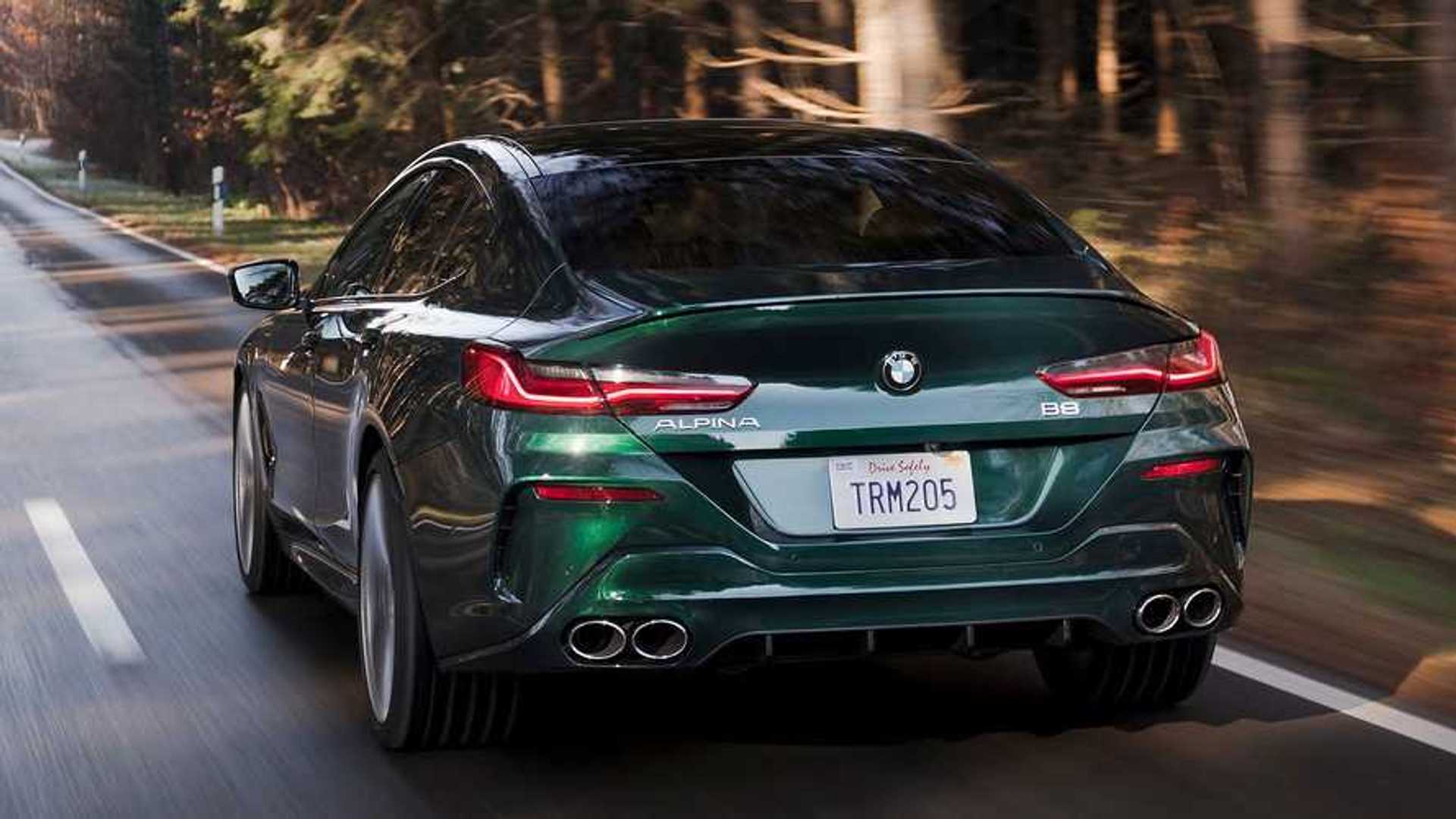 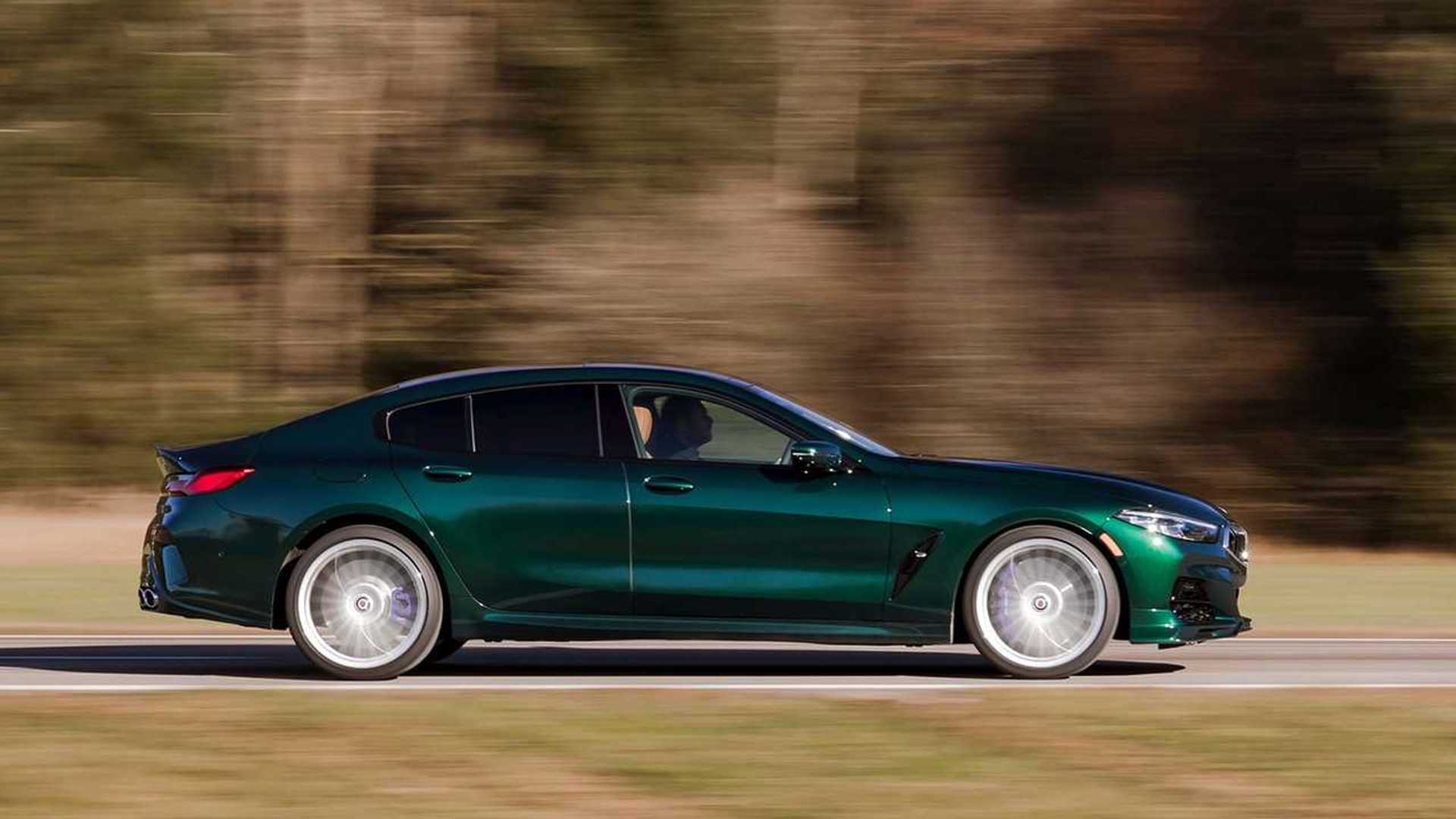 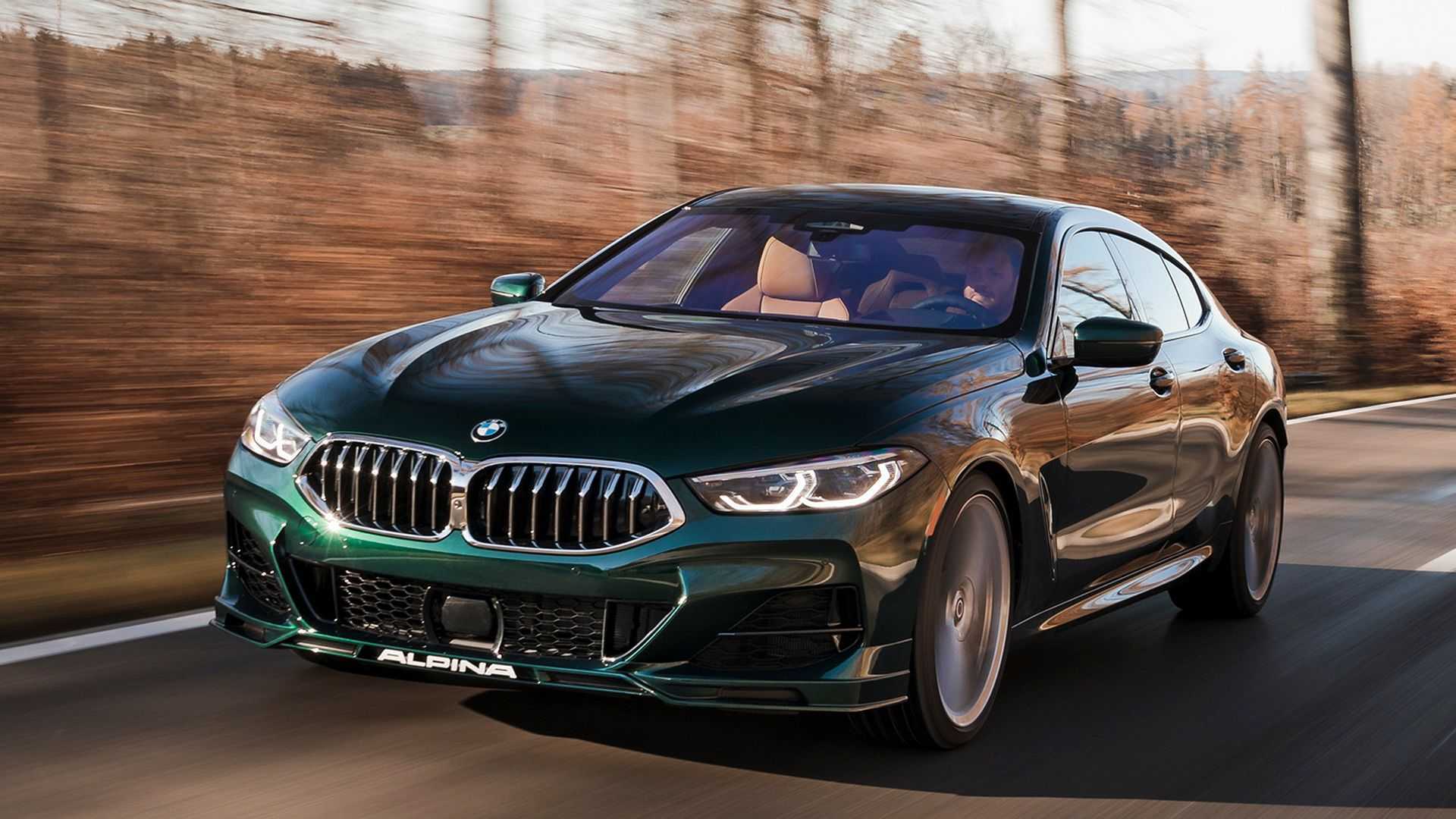 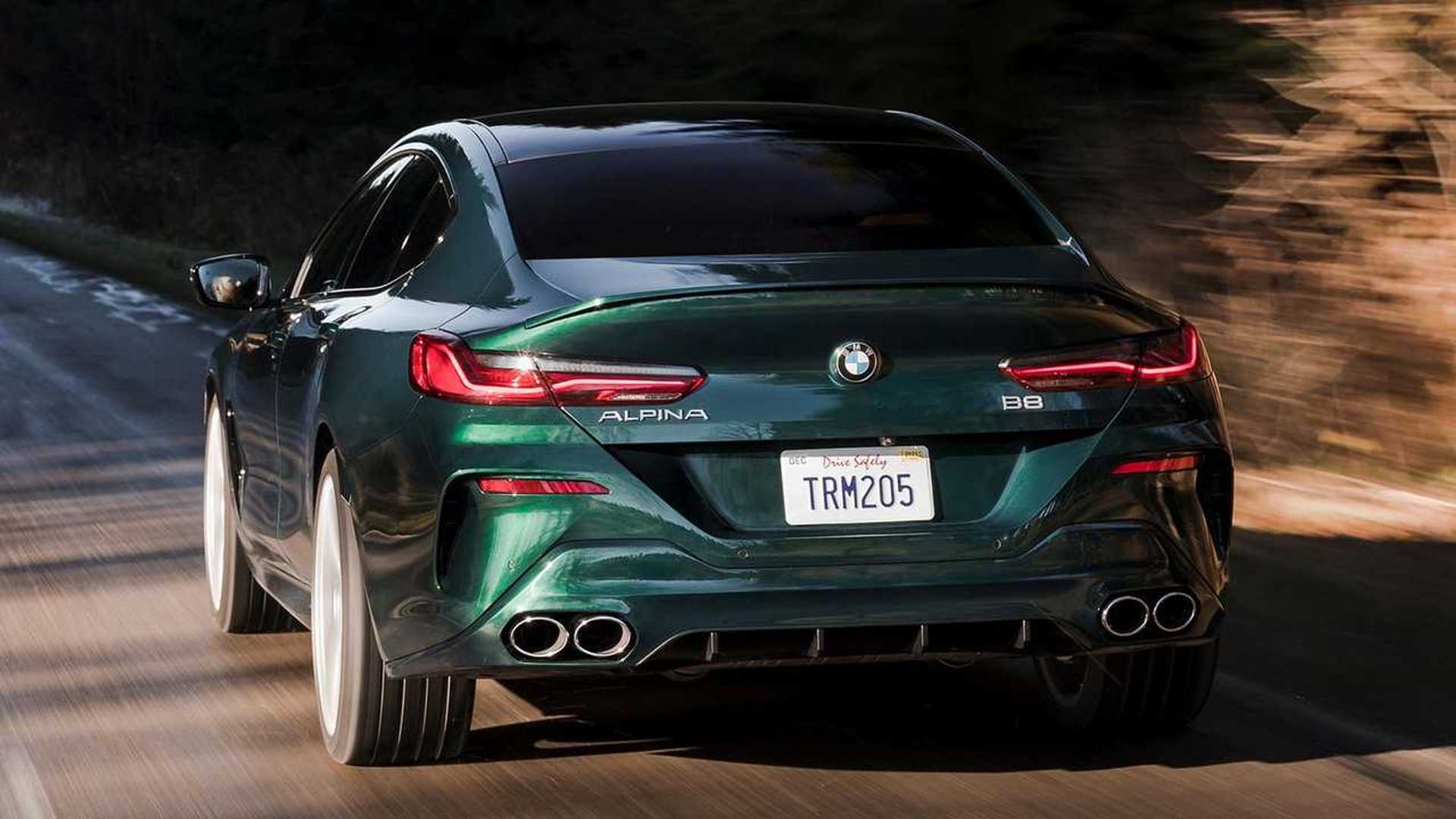 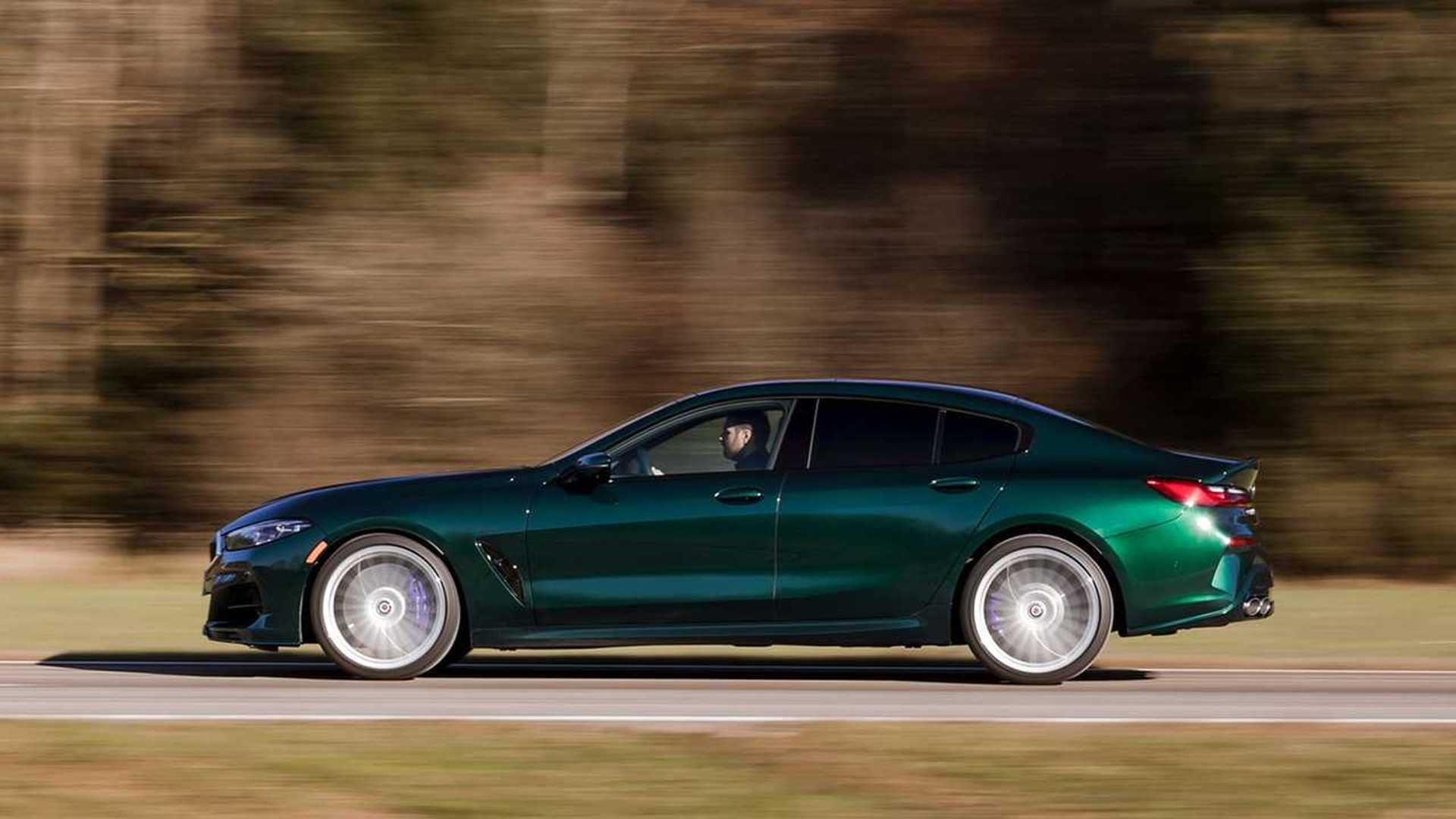 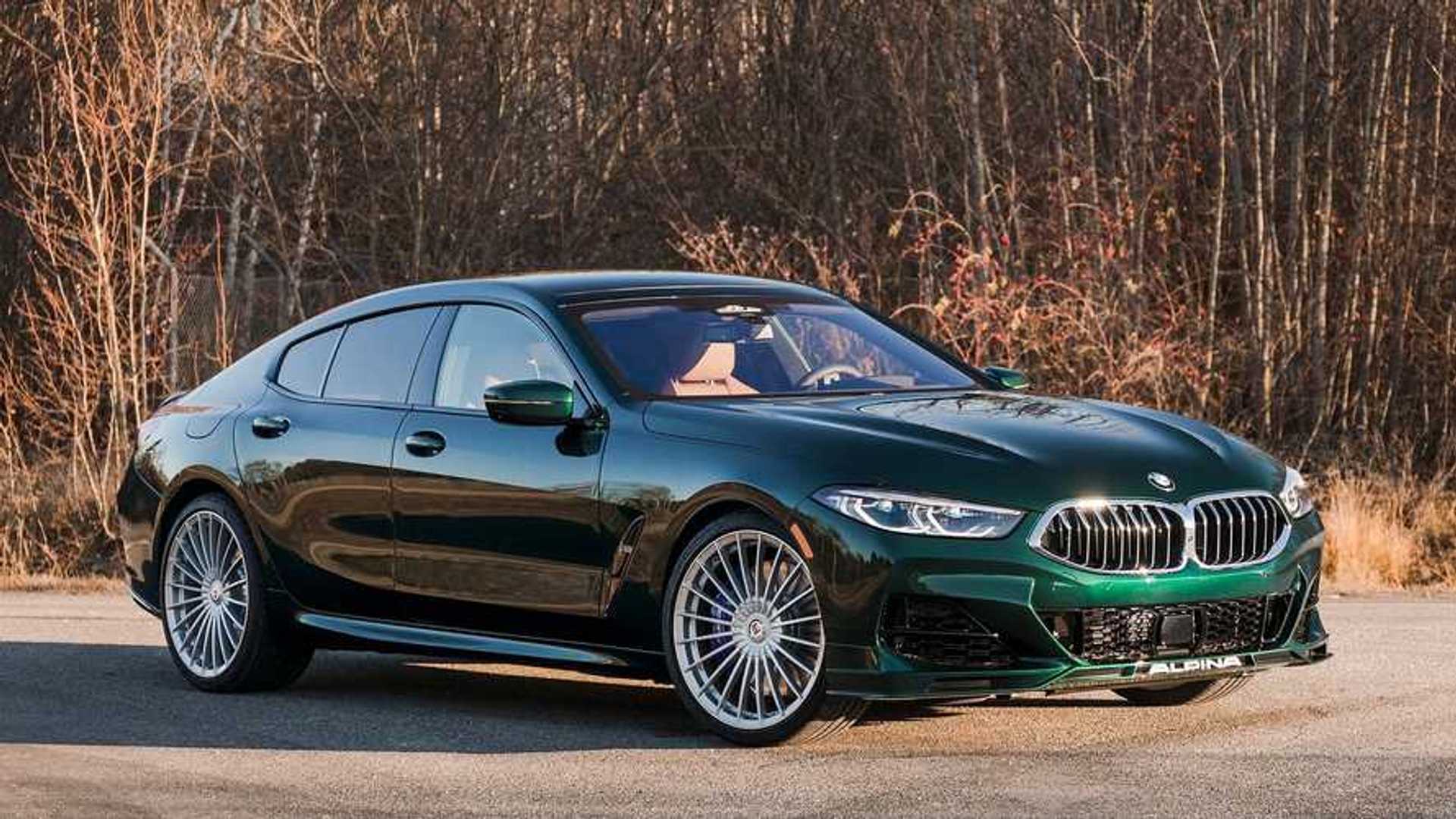 Naturally, it’s all supported by Alpina’s trademark 20-spoke wheels in 21-inch size. They come wrapped in Pirelli rubber that BMW says is “specially adapted to the vehicle concept of the BMW Alpina B8.” 20-inch wheels with all-season tires are also available, and upgraded four-piston Brembo brakes with blue calipers help bring the super sedan to a stop.

Visually speaking, you’ll find Alpina handiwork front and rear with new fascias. At the nose you’ll see large air intakes, while the rear incorporates a lip spoiler, a black diffuser insert, and it houses Alpina’s oval tips for the upgraded exhaust. The greenhouse is also awash with Alpina touches, not the least of which being an abundance of wood trim, leather, and Alcantara. You’ll find plenty of Alpina branding as well, from illuminated door sills to badges on the center console, the digital instrument cluster, and there’s prominent Alpina badging on the exterior to complement the Green Metallic finish.

As previously mentioned, the B8 Gran Coupe will be sold in the U.S. market. It’s slated to reach dealerships in late spring with a starting price of $139,900. That’s about $10,000 more than the standard M8 Gran Coupe, but $3,000 less than the M8 Gran Coupe Competition. Pricing doesn’t include a $995 destination fee. 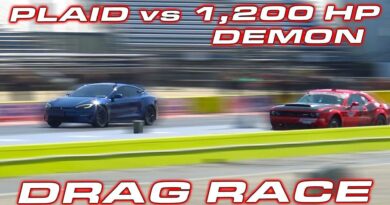 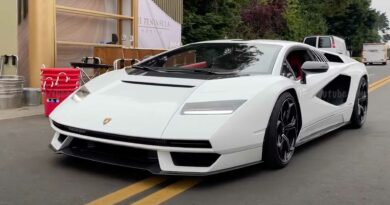 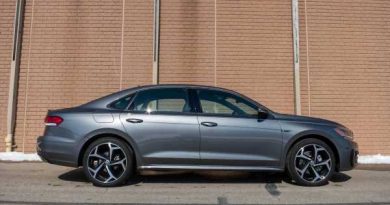