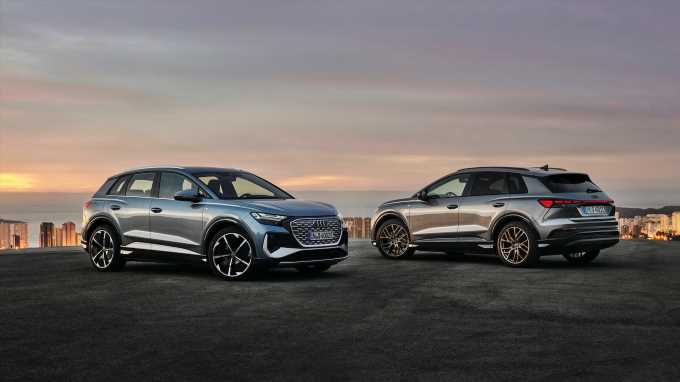 It isn’t enough to just build an electric car anymore. As an automaker keen on satisfying greenies, you must commit to sustainability. That means low-emission/carbon-neutral factories, sustainable material choices, and leveraging renewable energy. Audi’s all-new, fully electric Q4 e-tron EV crossover (and its fastback Sportback counterpart) checks all three boxes and then some. This isn’t just another EV from Audi—it’s a mission statement.

The Q4 e-tron kicks off Audi’s ushering in of a new era for itself, and it’s the company’s latest stab at an EV for the masses. Audi’s previous two e-trons were an expensive midsize-ish SUV and a Porsche-based super sedan, the e-tron GT. The smaller Q4 brings lessons from those e-trons to the compact luxury crossover segment, and the result is an SUV that Audi says is spacious, luxurious, and exceptionally usable.

The new Q4 e-tron will come as both a normally-shaped compact SUV and as a more swoopy Sportback, mimicking the now-common dual-pronged crossover options from BMW (X3 and X4) and Mercedes-Benz (GLC and GLC Coupe) in the same space. As with those offerings, the Q4 e-trons will be mechanically identical. As such, most of their mechanical specifications are the same, but ranges and cargo capacities differ slightly. The Q4s are based on the same scalable MEB architecture as the Volkswagen ID4, but Audi says it has worked hard to make sure the two feel completely distinct.

Both Audi EVs do share similar exterior proportions, though. The ID4 and Q4 are somewhat bulbous compact EV crossovers, the major differences being the Audi’s more futuristic look and slightly less friendly face. The Q4 e-tron, as you might have guessed, slots between the subcompact Q3 and compact Q5 (though closer to the latter) in terms of size and will seat a max of five passengers.

The suspension uses a McPherson strut design up front and a five-line setup at the rear, with dampers and coil springs at all four corners—much like the ID4. Where the two differ is with Audi’s optional dynamic package (which is standard on e-tron S-Line cars) that lowers the suspension and adds a variable-ratio steering system. Also included? An adaptive suspension that reads the road every five milliseconds and adapts to the way you’re driving. This best of both worlds solution should result in stout handling when you want it and comfy cruising when you don’t. There are also five driving modes that range between comfort, auto, efficiency, individual, and dynamic modes. You can even fully disable traction and stability control in the Q4 e-tron, if you’re feeling frisky.

A battery pack is mounted underneath the Q4’s floor, and the EV itself will be powered by either one or two electric motors depending on which of its three trims you pick. The lowliest Q4 is the Q4 35 e-tron, which packs a 52-kWh battery pack. The Q4 40 and Q4 50 e-tron Quattro models share a larger 77-kWh battery.

The rear-drive Q4 35’s single motor and lower-powered battery pack also make it the weakest of the bunch. Its lone motor makes 167 horsepower and 228 lb-ft of torque. The Q4 40 is also rear-wheel-drive, but its motor pumps out 201 horsepower and the same 228 lb-ft of twisting force. The top-of-the-line Q4 50 Quattro model has two motors—one at each axle—and together they produce 295 hp and 339 lb-ft.

None of the three models have been rated by the EPA yet, but Audi has run some of the cars on Europe’s World harmonized Light-duty vehicles Test Procedure, or WLTP for short. The Q4 35 e-tron’s WLTP estimated range is 221 miles while the Sportback’s extra aerodynamic efficiency means it can cover 216 miles on a single charge. The most powerful Quattro model hasn’t been rated by the WLTP, but the 40 model was rated at 323 miles.

It is worth noting that the WLTP standard is different to the EPA’s, and tends to produce rosier figures. What that means for Americans is the Q4’s EPA estimated range will most likely be lower than the WLTP number.

Q4 e-tron Gets a Next Level Interior

Audi has gone to town with the new Q4’s interior, with high-tech displays and a unique design relative to the ID4. The first of two screens is a 11.6-inch touchscreen above the center console for the infotainment and all of its associated controls. Audi is partnering with Sonos for its high quality audio systems, and the Q4s mark the first use of Sonos speakers in a production car. The second screen is the one in front of the driver that houses Audi’s excellent digital instrument cluster.

There is another display that’s not as obvious as the two aforementioned screens. For the Q4 e-tron, Audi has developed a new augmented reality head-up display. Much like the unit found in the new Mercedes S-Class, the AR HUD displays key information on the car’s windshield but it looks as though the information is literally hovering over the road, overlaid across the driver’s view ahead. The HUD can display status info like the speed limit, directions from the navigation, and key info from the Q4’s driver assist systems, of which there are many.

When fully equipped, the Q4 can have a front radar, a front camera, four surround-view cameras, two rear radars, and eight ultrasonic sensors for handling various driver assists. The result is a car that has an extremely well defined view of its surroundings. Standard safety goodies include lane departure warning and collision assist. Other niceties such as adaptive cruise control with lane centering, a driver monitoring system to anticipate driver fatigue, rear cross traffic warning, blind spot monitoring, and a surround view camera system ease the burden of, well, driving—at least somewhat.

Buyers also have a few choices when it comes to the Q4’s steering wheel, the most interesting of which is a twin-spoke design that has capacitive-touch buttons for all of its controls. The wheel itself is also, well, not really a wheel. It’s almost square. Don’t worry, there’s a conventional, more circular wheel on offer as well. Hey, at least it isn’t a yoke.

Because these Q4 e-trons are SUVs, there should be at least a smidgeon of utility to them. The Q4 has 19 cubic feet of cargo space behind the rear bench, but fold it down and the space opens up to just over 52 cubic feet. The Sportback version has a similar amount of space with the rear seats up, but with the rear bench down, that swoopy roofline cuts out a few cubes of capacity relative to the upright Q4. Also, Audi made it a point to say the Q4’s door bin can store a one-liter drink bottle, which is neat.

The True Cost Of The Q4

Audi’s newest EV is made at a net-zero carbon factory in Zwickau, Germany. While the production of batteries is energy intensive, Audi has made sure its battery suppliers use power from renewable sources during the production process. Even better, 27 parts of the Q4 have been made with recycled materials, including the insulation for the cabin, some of the interior upholstery, and the floor covering.

The Q4 40 e-tron is the first model that will hit the market, and it will go on sale in June. Audi says it will cost €41,900, or just under $50,000 at current exchange rates, and before any applicable tax incentives are factored in. The other two models come later, and will likely book end the Q4 40s pricing. Sportback models carry a $2,400 premium over the standard crossovers. For those who are supremely interested in the new Q4, there will be a ritzy, fully-loaded Edition One model that adds another $7,400 or so to the car’s price tag, but stay tuned for final U.S.-market pricing and driving range information closer to the on-sale date. 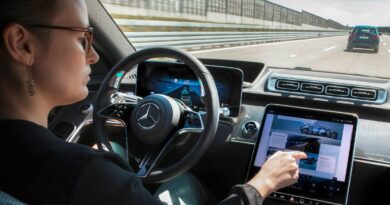 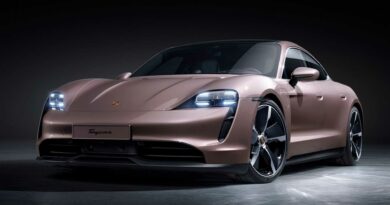