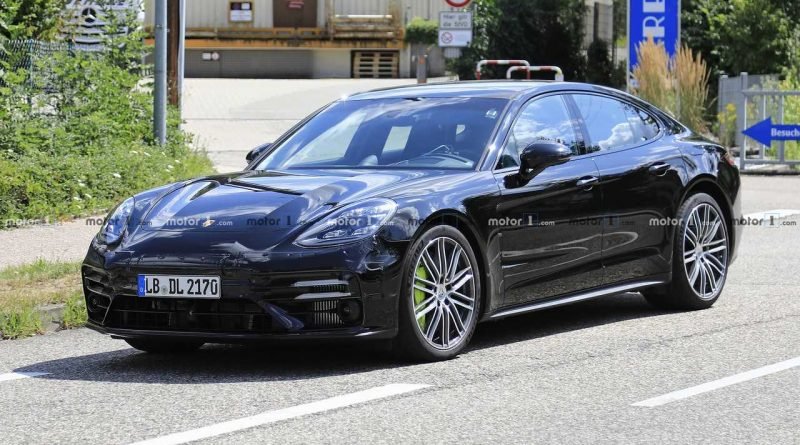 Judging by the lime green brake calipers, the prototype appears to be a hybrid.

The second-generation Panamera still feels fresh even when compared to newer rivals like the Mercedes CLS, AMG GT 4-Door Coupe, and BMW 8 Series Gran Coupe, but Porsche is already looking to give the swoopy liftback an update. We’ve already seen spy shots of the more practical wagon version (Sport Turismo in Porsche’s vocabulary), and now the time has come to check out the standard variant while out and about testing with some sneaky camouflage.

Why sneaky? Because at a first glance, the prototype appears to be virtually undisguised. Zoom in and you’ll notice there’s a lot of black tape on the front bumper as well as on the tailgate, while the taillights seem to feature those fake stickers to conceal the real design. The large 21-inch wheels hint at a higher-spec variant, with our money being on the flagship Turbo S E-Hybrid judging by the lime green brake calipers. In addition, the angular quad exhaust tips also lead us to believe this is the cream of the crop.

Spy images of the interior are not available at this point, but chances are the updates will be kept down to a minimum since the current Panamera still has an exquisite tech-laden interior. Porsche was surely testing out something as we can see a blue wire attached to some sort of device on the dashboard, specifically on top of the instrument cluster.

The mid-cycle refresh for the Panamera might come along with an extended lineup taking into account the rumor mill is saying Porsche has plans for two-door coupe and convertible versions. The 928’s spiritual successor together with its droptop counterpart will allegedly be out as early as 2020, which would coincide with the facelift. That being said, we’d take this rumor with the proverbial pinch of salt as we haven’t seen any prototypes so far of what some folks are tentatively calling the 929.

Meanwhile, the Panamera facelift will reportedly be unveiled before the year’s end with mild-hybrid technology for better low-end response and improved efficiency. 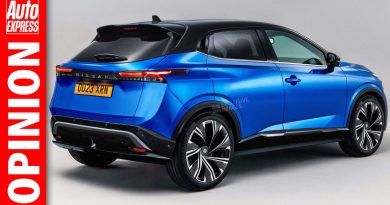 'Nissan has been quietly building an advantage over electric car rivals' 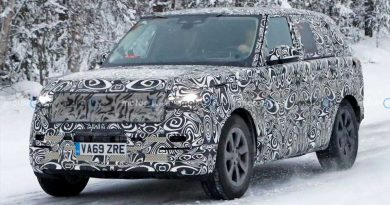