Making its local debut alongside the facelifted MINI 3 Door, 5 Door and Convertible models is the electric Cooper SE, which receives the same range of design upgrades as its siblings. The updated car arrives just one year after the previous model was launched here, with the initial batch of 30 units already sold out.

Pricing has actually dipped slightly, with the Cooper SE now retailing at RM213,461 on-the-road without insurance, a mere RM910 less. That’s with the standard two-year warranty; with the four-year, unlimited-mileage extended warranty and free service package, the price jumps to RM217,471. Those figures also include the sales and services tax (SST) rebate, now valid until the end of the year. No matter which warranty package you go for, an eight-year/100,000 km battery comes as standard.

Charging the Cooper SE takes around two and a half hours using 11 kW of AC power through a Type 2 cable. Alternatively, the car accepts DC fast charging up to 50 kW via its CCS socket, which can charge the battery from 10 to 80% in just 36 minutes.

Most of the changes are centred around the aesthetics, with the Cooper SE receiving the same giant hexagonal grille found on other Hatch and Convertible models. The gaping maw features a second smaller outline in chrome with a body-coloured centre section within it. The previous fog lights have also been removed, replaced by slim vertical air inlets at the corners of the front bumper.

The adaptive LED headlights with matrix high beam now have a “bad weather light” function as a substitute for those fog lights – they feature darkened internals but otherwise look identical to before. Elsewhere, the E badges have been substituted by a stylised yellow “S” on the grille and “side scuttles”, the latter sporting a new hexagonal mesh-like design and slim LED indicators.

Unlike its petrol-powered siblings, the Cooper SE retains the same rear bumper as before, without a cutout for an exhaust pipe. Also retained are the Union Jack LED taillights, distinctive 17-inch Power Spoke two-tone alloy wheels and squared-off door mirrors that have now been rolled out across the rest of the lineup.

Inside, the Cooper SE comes with a new three-spoke steering wheel with flat multi-function controls, as well as rounded rectangular air vents incorporated into the dashboard trim. The car’s multi-colour ambient lighting system has also been expanded and can now be found under the dash decor and in the oval door trims, while the illuminated centre ring now features a laser-etched design. The MINI Electric decorative trim also has a new Tetris-like black and yellow design. One minor downgrade in specification concerns the seat upholstery, which has been switched from real to faux leather, albeit in the same Carbon Black hue. The headlining is also black.

Malaysian models continue to come as standard with the MINI Navigation System with an 8.8-inch centre touchscreen and Apple CarPlay functionality. The built-in navigation is able to display a range circle around your location and can suggest a more efficient drive route or drive mode and even point you to the nearest charging station if it determines you won’t be able to make it to your destination with the available charge.

Safety-wise, the Cooper SE continues to come as standard with the Driving Assistant package, consisting of autonomous emergency braking, traffic sign recognition and lane departure warning – the latter is new to the MINI Hatch and Convertible lineup for 2021. The car is also now fitted with ISOFIX child seat anchors on the front passenger seat. Six airbags and stability control are also offered, as before.

Leclerc’s brother Arthur steps up to F3 with Prema 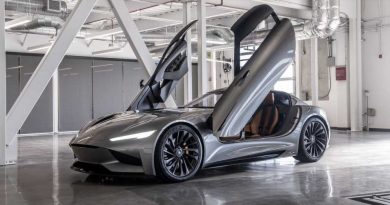 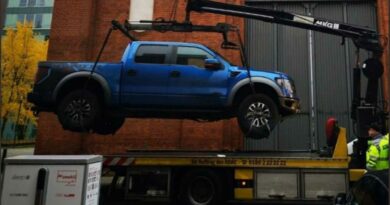 Electric Car Growth Is Leading To A New Social Blunder