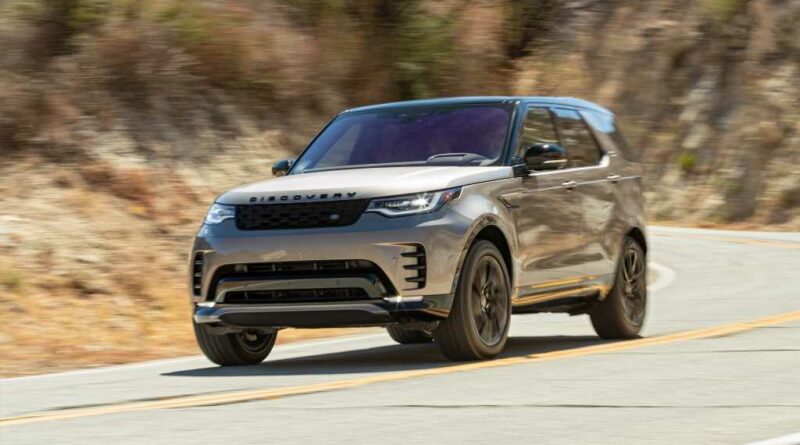 From Namibia’s Skeleton Coast to Los Angeles’s urban sprawl, the Land Rover Defender has impressed us mightily. Engineered to navigate tough terrain at one turn and cruise a curvy road to a tony restaurant the next, our 2021 SUV of the Year winner’s breadth of capabilities is nearly unparalleled.

Except perhaps in the same showroom. Before the Defender arrived, a different Land Rover met the needs of adventure-inclined family SUV drivers. The Discovery has long combined three-row utility with the luxurious appointments and off-road hardware that define Land Rovers. In the boxy shadow of its acclaimed counterpart, is the Disco still worth consideration?

On sale in its current form since 2018, the Discovery received a slate of updates for 2021. Subtly updated front and rear fascias sleeken the overall appearance. Inside, the seven-passenger layout remains, although the second-row seats gain padding and adjustability. Up front, the drive selector dial is replaced by a more conventional shift knob, and the steering wheel gets a smaller hub and different buttons. Impossible to miss is the fresh infotainment system and its new user interface accessed via a larger display.

Also new for 2021 are the Discovery’s engines, both bolted to an eight-speed automatic transmission and four-wheel drive. A basic 2.0-liter turbocharged I-4, badged P300, produces 296 horsepower and 295 lb-ft of torque. Our test car had the P360 engine: a 3.0-liter turbocharged I-6 that, with 48-volt mild hybrid assistance, makes 355 horsepower and 365 lb-ft. The I-6’s 18/24 mpg city/highway fuel economy rating is effectively identical to the I-4, which gets 19/22 mpg. For duty in the Discovery’s Defender sibling, the I-4’s output is unchanged, but the I-6 gets bumped to 395 hp and 406 lb-ft with the help of an electric supercharger.

That disparity showed itself at the test track, where this Discovery ran from 0 to 60 mph in 6.6 seconds and through the quarter mile in 15.2 seconds at 78.1 mph. The Defender is barely quicker to 60 mph with a 6.5-second time, although its 14.9-second, 93.2-mph quarter mile shows the longer effect of that extra power—in spite of that test vehicle’s air-catching roof rack, snorkel, and side box. At 5,719 pounds, that Defender weighed roughly 200 pounds more than this Discovery, too.

Dragstrip dominance isn’t the Discovery’s ambition—that’s the Velar SVAutobiography’s realm among Rovers. Still, its I-6’s power feels only adequate in the hills. Subdued responses and the way its power swells make clear its turbocharged nature; assistance by the mild hybrid system feels minimal. Nevertheless, this engine is stupendously smooth. It’s remarkably free of vibration even close to redline, and its turbo whooshes and bassy induction add audible character. Smooth describes the transmission, too, which operates invisibly other than an occasional lurch on the first-to-second upshift.

Only 1 foot separates the Discovery and Defender in 60-0-mph stopping, the SUVs completing the test in 128 and 129 feet, respectively. That said, the Discovery’s brakes feel vague, not delivering enough immediacy and bite to inspire confidence. Conversely, the heavily weighted pedal is very progressive, making super-smooth stops effortless.

Our Discovery test vehicle came in R Dynamic trim, which brings dark styling details and full LED lighting. Other than the ability to choose the I-6 engine, its hardware is otherwise shared with any other Discovery. As such, it’s not overtly exciting despite the sporty-sounding name. Our test team found its responses to dynamic maneuvering frustrating due to traction and stability control intervention. It posted a 0.76 g average result on the skidpad, and a 28.1-second, 0.60-g average lap on our figure-eight course. That those exceed the taller, heavier, knobby-tired Defender’s 0.67 g and 30.1 seconds at 0.54 g results isn’t exactly noteworthy. That the Discovery trails its more direct luxury three-row competitors illustrates that those may offer more roadgoing fun.

This isn’t to suggest the Discovery’s driving manners are anything less than excellent. A sense of solidity and composure pervades. That’s partially down to the standard air suspension, which delivers a lovely, wafting ride quality and isolates occupants against road texture. It allows some roll and dive, in the Land Rover tradition, yet the Discovery feels stable and substantial. This test car’s optional 21-inch wheels smacked on sudden imperfections, but rarely uncomfortably.

The weighty steering, which has a slow ratio but high precision, adds to the dignified feel. Although it can’t really flick the Discovery through corners, committing to a line and applying throttle reveals how dialed in the chassis is. The four-wheel-drive system demonstrates a rear-oriented bias that pivots the Disco through tight corners. Even if the Discovery never feels exciting, its driving manners are refined and cohesive in a satisfyingly luxurious way.

Not Exactly a Three-Row

The front seats’ 14-way adjustability make it easy to find a comfortable position, although their padding is on the firmer side. Storage abounds; besides the deep center console bin, there are two glove compartments and a small stash hidden behind the HVAC controls. Second-row passengers have lots of space thanks to the Discovery’s signature stepped roof and the newly reworked seats.

The third row remains minimally useful. How small the seats are isn’t the main problem. Rather, accessing them is nearly impossible. Given how narrow the aperture is with the second row folded forward, bounding into the area, rather than simply climbing in or out, seems to be the strategy. In long-wheelbase 110 form, the Defender’s optional third row doesn’t fare any better, but when the rumored 130 variant arrives that will be Land Rover’s most viable seven-seater.

One of our prior complaints about the Discovery—and Land Rovers in general—has been its clumsy, slow, and crash-prone infotainment system. For 2021, that’s scrapped in favor of an 11.4-inch touchscreen nearly as bright, colorful, and responsive as a smartphone. It runs a new user interface called Pivi Pro, which arranges apps in an intuitive grid and keeps primary functions visible for easy access; Land Rover says 90 percent of functions are accessible within two taps. Apple CarPlay looks great on the screen; Android Auto is included, as well. The standard 12.3-inch digital gauge display offers lots of customizability.

Pivi Pro is a significant improvement, but it’s not perfect. Competitors’ voice commands work better, for example. Views from the myriad cameras—front, rear, or surround view—take up only a fraction of the screen’s real estate. And it seems as if ghosts of the prior system still lurk. Just once, half of the app icons stopped responding to our inputs. A full vehicle restart was needed to resolve that glitch. Finally, the haptic HVAC controls require firm and targeted pokes to actuate, although owners are likely to get acquainted with this reality quickly.

There’s no question that for technical off-roading the Defender is more capable than the Discovery. Beyond its long list of hardware and software features, the Defender’s angles and ground clearance give it an advantage. Still, an excursion into Jawbone Canyon demonstrated that the Discovery’s talents are not limited to paved surfaces.

With its air suspension pumped up to high-riding Off-Road mode, the Discovery charged across the desert terrain. Climbing out of the canyon on tight, sandy switchbacks, the four-wheel-drive system ensured surefooted traction. On steep sections, the low-range transfer case and locking center differential kept the vehicle moving forward, while hill-descent control held speeds in check on the way back down. All along, the Discovery’s luxurious composure remained intact.

The hype hurricane surrounding the Defender is justified. Cool, high-tech, and nearly as luxurious as it is capable, that reinvented icon does so many things extremely well. The same is true of the Discovery. It concedes some off-road aptitude to the Defender, yet its abilities still exceed those of most of its competitors. Conversely, it feels less trucklike than the Defender, driving with suave refinement. Even as the Defender begins a new chapter of its legacy, the Discovery reaffirms its place in Land Rover’s portfolio. 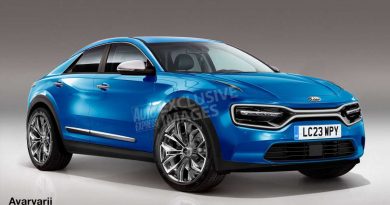 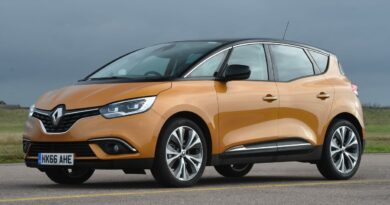 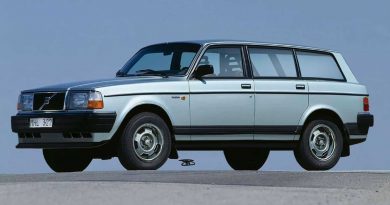