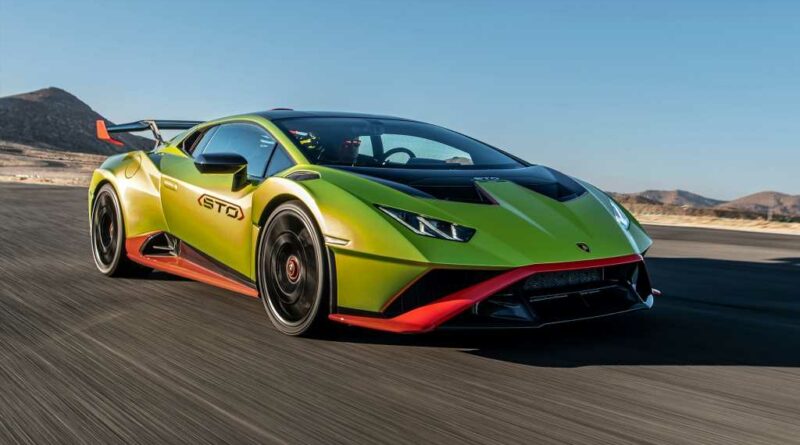 Willow Springs International Raceway’s large track—a.k.a. “Big Willow”—is a scary thing. It might not look too intimidating, but the complete lack of paved runoffs or gravel traps, the sharp drops off the edge of the pavement, and the high speeds you achieve mean you do not want to leave the surface for any reason, because it rarely ends well. Most street cars feel sketchy through at least half the nine corners even when you get your line perfect. The 2021 Lamborghini Huracán STO isn’t most street cars. It’s an actual race car for the road.

“Race car for the road” is a heinously overused term and rarely accurate. The vast majority of street cars are nothing like actual racers, not in the way they drive nor in the performance they’re capable of. Even when a street vehicle car is turned into a racing machine, say for international GT-class competition, the track modifications mostly go one way. For the Huracán STO, though, the acronym means something more than marketing. STO stands for “Super Trofeo Omologata,” and “omologata” is Italian for “homologated.”

The most famous homologated cars are the rarest ones, street cars built solely to satisfy a racing series’ rule that entrants must be based on a model regular people can buy. Usually, no more than a few hundred are built, each wildly impractical for street use and only barely road legal. The Huracán STO took a more circuitous route, being based on a street-legal Huracán Evo that’s then modified for Lamborghini’s one-make Super Trofeo racing series and for the international GT3 endurance racing class. Then Lamborghini transferred as many of those racing modifications back to the Huracán Evo as possible in creating the STO.

As such, the STO does not go around Big Willow like a street car. It’s evident from the first corner. In a car with 630 hp and 417 lb-ft of torque, you’ll see nearly 160 mph on the front straight before braking for 90-degree Turn 1, which is an 80-mph sweeper if you do it right. Cutting your speed in half on a bumpy track (and Big Willow is very bumpy) is always exciting, especially when the runoff is a launch ramp up the dirt hill toward Turn 3. The STO dances around a bit under maximum braking, but it never feels like it’s trying to get away from you, just keep you on your toes.

Not that you aren’t already on them. Pushing the braking point into Turn 1 is always a thrill, and you have to remember to pull two downshifts because, like a real race car, the gear changes are up to you.

Turn 2 in most street cars requires a stab of braking at entry to knock off some of the speed you picked up on the short straight, but the STO needs just a brush of the pedal to put the weight on the nose. With enough familiarity, you could probably get away with just lifting.

The exit of Turn 2 is slightly off-camber, so you inevitably push wide to the left side of the track if you go to the throttle immediately after a late apex. In a car with less grip, this can feel wooly, but despite how much the track-oriented suspension is bouncing you around in the driver’s seat (even with the four-point belts cinched tight), the car feels perfectly stable and confident staying hard in the throttle and riding it out so you can go wide open before the Turn 3 braking zone.

That’s another spot you need to scrub a lot of speed, but in the right car, you can really push the braking point. In the STO, it’s far closer to the uphill left-hander than any other streetable car. When you do whip it into the turn, a little too much trail braking or getting back to the throttle a bit too early can result in lap-time-ruining oversteer. Even if that happens, the STO is so predictable it’s not the least bit scary. The purpose-built Bridgestone Potenza Race rubber breaks away beautifully at the limit and lets you play with rear grip in ways you don’t always want to in high-powered, rear-drive cars like this.

The STO also lets you cheat a bit. Its driving modes have been renamed STO, Trofeo, and Pioggia, the first being some semblance of a street mode, the second a track mode, and the third a wet mode. Each has its own stability control settings; Trofeo’s program is pretty liberal. Meant as an aid rather than a guardrail, it’ll catch the slide after a certain amount of rotation and prevent you from looping the car, but it won’t make any effort to straighten things out for you. Knowing this, you can get away with sloppy driving by riding out the slide on the ESC and not losing much time.

Of course, you could turn ESC off. If we had Randy Pobst here setting a hot lap, maybe we would. For a professional amateur such as an automotive journalist, there’s no need to try to be a hero, not at the risk of being the person that writes off the $327,838 car (before options).

You can lean on the electronics leaving Turn 4, as well, where the track goes slightly off-camber just past the apex of the tight right-hander and it’s easy to unload the rear end trying to get back on the throttle for the run down the hill to Turn 5. Do it right and you can push all the way to the left side of the track in a nice little drift as you point the car toward the next corner.

Turn 5 is even more off-camber, and like Turn 3 it only takes a mite too much trail-braking to get a car sideways. Some other car, anyways. The STO’s Bridgestones have too much grip for that, which is good because it makes it easier to set up for the jump in Turn 6.

Turn 6 is the second-sketchiest corner on the track because the apex is at the crest of a hill, the camber falls away on the exit, and you have to carry a lot of speed to set yourself up for 7 and especially 8. The farther right you can stay, the less unloaded the suspension will get, but in high-power cars without race car levels of downforce, you damn near catch air. Not this car. The STO turns the jump into a bump. The car gets a little light, but that’s it. Most vehicles give you the feeling you’re going to jump sideways off the track; this one just four-wheel drifts to the left side of the pavement. Going flat over this crest is a dicey proposition, but with enough practice, experience, and/or confidence, you could do it.

(Turn 7 is a slight bend that barely qualifies as a corner. Every car should take it flat out. Moving on.)

Turn 8 is a more challenging corner than it appears. It’s very high speed and has zero camber for starters, and there’s no time to straighten the wheel at the exit to brake for treacherous Turn 9. A good amateur driver will struggle to crack 120 mph at turn in, but the STO was happy doing it at nearly 130. As with Turn 2, you don’t have to brake for Turn 8, just brush the pedal to transfer the weight so the nose sticks firmly. The corner is bumpy as hell all the way through, but the Bridgestones don’t let go, and the MagneRide 2.0 magnetorheological dampers keep them in full contact with the less-than-perfect pavement.

Turn 9 is a monster. You have to brake for it from high speed with steering in the wheel, the apex is way later than it looks—there’s an enormous hole on the inside of the track right at the apex, too—and it swings from on-camber on the way in to slightly off-camber on the way out. Carry any significant speed, and you’ll run right to the edge of the pavement at the exit coming onto the front straight, and if you want to see good speed down the straight, 9 is crucial.

Like Turn 8, most cars demand you scrub some speed before diving in, but the STO again just needs a bit of weight transfer. Again, with enough laps, you might be able to do it just lifting. Slingshotting out to the edge of the track, the STO feels confident enough to use every bit of asphalt and put your foot down for the long front straight.

The Secret’s in the Sauce

Again, we can’t stress enough how much of this is unusual for factory-built, street-legal cars in the hands of skilled, nonprofessional drivers on this track. Driving like this in any other car straight off the dealer lot would be begging to join the ranks of nasty Big Willow crash videos on YouTube. Every lap in the STO is a personal best, partly because you’re getting faster as you learn the car and partly because no other car you can buy new two hours away in Beverly Hills can do this the exact same day.

A lot of the credit goes to the aerodynamics. Lamborghini probed every limit of crash regulations to make air bend around the STO the same way it does the Super Trofeo and the related GT3 Evo racer. For this event, we ran the manually adjustable three-position rear wing in its highest downforce setting, putting 926 pounds on the rear end. (It’s good for 714 pounds in the low drag setting.) We’re generally skeptical of downforce claims on street cars, but this one feels like the real deal, like it’s actually using all that weight effectively.

The programming of the MagneRide adaptive dampers, the seamless rear steering system, and removing 95 pounds of weight also help. The tighter, fixed-ratio front axle steering has only gotten better, as has the linear response of the Brembo CCM-R carbon-ceramic brakes. Taking a page from Porsche, Lamborghini has made all the driver inputs—steering, throttle, and braking—as similar in weight and response as possible, and it makes the car wonderfully easy to drive fast. The brake pad, brake fluid, and tire temperature monitoring systems, meanwhile, offer serious peace of mind when hot-lapping on a sweltering day.

The rest of the credit goes to the tires. Twenty years ago, Bridgestone Potenzas were superstars, but the company moved away from racing and sports car applications. What a way to come back. Big Willow’s asphalt is heinously coarse compared to most tracks and eats through most performance tires in a matter of laps. Only the best of the best street tires survive a day. These took a full day of journalists beating on them and barely looked worn out. Even then, they broke away slowly and predictably every time, letting us drive right on the edge without fear.

With all this, you don’t have to roll your eyes when someone calls the Huracán STO a race car for the road. That was the whole point. Lamborghini didn’t have to homologate an actual racer to gain a competitive advantage in GT3 racing (where it has already won Daytona three times in a row and Sebring twice). The company did it to give owners the chance to drive a race car without having to buy one, or buy their way onto a team. It’s the ultimate High Performance Driving Experience track day weapon, complete with a built-in telemetry system that allows you to review traces on your phone and share them with your friends.

In the past, automakers would put turn signals and lights on a race car, stick it on the street, and call it homologated. You can’t do that with modern cars. They have to have airbags and myriad other regulation-satisfying items. While some automakers (Lamborghini included) are happy to sell you special editions you can’t register for road use, this is the closest you’re likely to get to a true homologation special in the modern age, and it’s glorious. 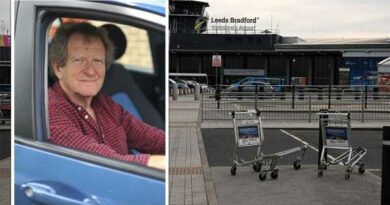 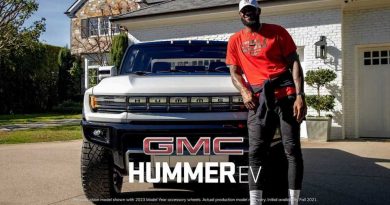 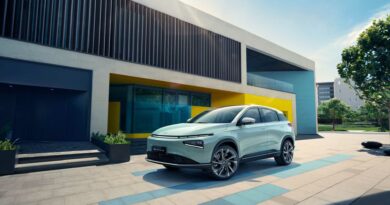