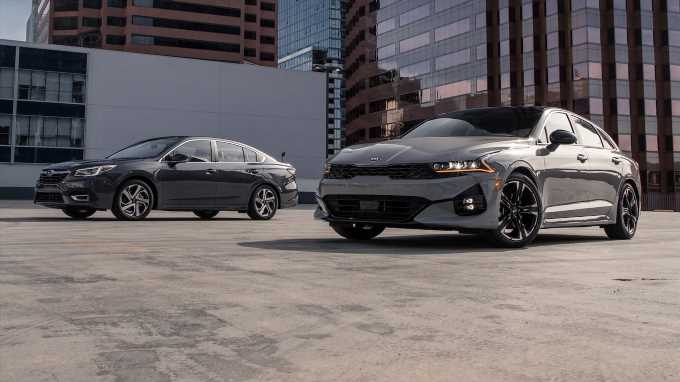 The Subaru Legacy has been offered with all-wheel drive since its inception in 1989, but AWD didn’t come standard on U.S. models until the second-gen Legacy arrived several years later. The new 2021 Kia K5, on the other hand, carries an AWD badge right out of the gate, distinguishing itself from the Hyundai Sonata, which shares its platform and powertrain. The 2021 Subaru Legacy and Kia K5 are rather different cars in terms of styling and their overall approach, but how does the Legacy stand against its newest direct competitor?

Back when sedans were hugely popular, manufacturers sliced up the market the same way they do with SUVs today: Product diversification allowed them to generate more sales, and the introduction of all-wheel-drive sedans was yet another method to entice buyers. Car companies added badges to their cars to denote the presence of AWD systems like All-Trac, Allroad, and 4Matic, distinguishing them from their front- or rear-drive siblings. Subarus in the mid ’90s came standard with all-wheel drive—the golden years for sedans—and didn’t offer any other type of traction until the rear-drive BRZ was born in 2012. But SUVs took off like crazy, and sedan sales began to fizzle.

During the past few years, however, automakers have started to offer AWD in a small number of sedans. The latest Nissan Altima was the first one to add it when it debuted in 2018, and the 2020 Toyota Camry rejoined the list. Even compact sedans like the Mazda 3 now offer traction on both axles. The 2021 Kia K5, which effectively replaces the Optima, is the newest member of that group. Meanwhile, the Legacy is a longtime player in the game.

The K5 is equipped with a 1.6-liter turbo inline-four engine that makes 180 horsepower and 195 lb-ft of torque, mated to an eight-speed automatic that sends power to the front and rear axles. The Legacy is powered by a 2.5-liter four-cylinder boxer engine that produces 182 hp and 176 lb-ft, with a CVT sending the power to all four wheels. Despite being close in terms of power output, the cars feel quite different on the road and on the track.

The Legacy jumps off the line, but there isn’t much more surge once it does. Its powertrain also seemed more stressed than the K5’s, sending a loud engine note into the cabin in a not-so-pleasant way. “The 2.5-liter sounds like it’s about to shear valve springs each time you take it past 3,500 rpm, and it just gets worse and louder the higher you go on the tach,” said staff editor Conner Golden.

We also had mixed feelings about the 2021 Kia K5’s powertrain. Some of our test drivers complained about its lack of refinement, while others applauded its punchiness. Features editor Christian Seabaugh noted vibration in the steering wheel and pedals at idle, adding “this isn’t the right engine for this car.” But executive editor Mac Morrison was complimentary about its performance when driving uphill and on the freeway. “The K5 sounds good, drives good, and feels good,” he said. Senior features editor Jonny Lieberman agreed: “Strong low-rev power/torque, and a well-tuned transmission. There’s even a little bit of an engine note!”

While the K5 felt better in terms of power, the 2021 Subaru Legacy delivered superior ride quality. Subaru tuned the suspension to deliver a plush ride, and it hides pavement imperfections well. “It rode the smoothest over undulating road, and it muffled some of the harsher stuff behind thick layers of automotive-grade peanut butter,” Golden opined. Associate editor Eleonor Segura said, “While the Legacy can be a bit clumsy on the road and has an annoyingly loud engine, it drives well.”

The Legacy’s steering also received high marks, with Lieberman describing it as “direct and playful.”

Like its exterior design, the K5 is tuned to drive a bit sportier. “It feels very fresh and assertive, but maybe a little unseasoned,” said features editor Scott Evans. After driving the Legacy and K5 back-to-back, we all agreed the Subaru absorbed the undulations in a smoother, floatier way, whereas the K5 displayed a harsher one-and-done fashion. “The ride never feels punishing, but there’s a constant vibration traveling into your seat and wheel from all the impacts the suspension picks up,” said features editor Christian Seabaugh.

Sit inside either car and you’ll be generally pleased with the trimmings, materials, and technology. At $30,820, the Legacy comes well equipped with an enormous 11.6-inch touchscreen that looks more like an iPad. You use the screen for pretty much anything—from changing the airflow coming from the vents to turning the start-stop system on and off. “The buttons are nice and big, but they’re filled with pictures and words and jammed right up against one another, so it’s not easy to pick out the one you want at a glance,” Evans observed. However, we were happy that Apple CarPlay and Android Auto are now displayed in a vertical orientation, making each much easier to see and operate.

While the 2021 Subaru Legacy’s cabin design falls short of being notably impressive, the carmaker used decent quality materials everywhere you touch. The dash, center console, and upper door panels are covered in soft, vegan leather, and hard plastics are used in places you’re not expected to touch frequently. The seats are comfortable and supportive, but we were displeased with the quality of the leatherette on the steering wheel, which felt rough after driving it for a while.

Those traveling in the rear will have ample space, whether you’re talking legroom, headroom, or shoulder room. Plus, Subaru went the extra mile by adding air vents, two USB ports, and heated seats for passengers seated in the rear—something we don’t see often at this price point in the segment.

The 2021 Kia K5, on the other hand, does a great job delivering a good first impression. Our $31,430 GT-Line model was equipped with red leather seats and a flat-bottom steering wheel, matching its sporty exterior appearance. The 10.3-inch touchscreen is easy to use and displays crisp graphics, and unlike the Subaru, not everything is hidden in menus. Likewise, Kia separated the air conditioning controls from the screen.

But the K5’s materials are subpar compared to the Subaru’s. Hard plastics are not hidden as well, and the leather’s texture doesn’t feel as polished. Sit in the back seat, and the door panels feel grainy and rough—something you don’t find in the Legacy. The Kia also falls short of offering heated seats or air vents for backseat passengers at this price, though there are dual rear USB ports. However, the panoramic sunroof is a plus for all passengers, something the Legacy doesn’t offer. The K5’s rear seat is spacious, and passengers should feel comfortable on long road trips.

Like Toyota and Honda, Subaru has done a great job in offering a bunch of driver assistance technologies standard on most of its new models. Subaru Eye Sight groups advanced adaptive cruise control, lane-keep assist, pre-collision braking, and pre-collision throttle management. Additionally, EyeSight works extremely well on the highway, centering the car in its lane and following the car in front at safe distance. We complained about the constant chimes it makes, but other than that it’s one of the top two or three in its class.

The Kia K5 also comes with a group of safety technologies, under the Drive Wise name, but the amount of safety features varies by trim or package. Our GT-Line came standard with lane-following assist, lane-keep assist with departure alert, driver attention warning and high beam assist, and the optional GT Line AWD package added forward-collision avoidance assist, smart cruise control with stop and go, navigation-based smart cruise control, and highway driving assist. These technologies work relatively well, and they do a stellar job in stop-and-go traffic on the freeway.

Overall, Subaru’s assistance systems feel more refined compared to the K5’s. “Eye Sight has moved from just OK to basically as good as Honda’s system,” Evans said. Indeed, Subaru’s safety technologies reacted better and in a more natural-feeling fashion than Kia’s, with more plushness and precision when driving on the highway.

The 2021 Subaru Legacy and 2021 Kia K5 are two competitive all-wheel-drive sedan choices that provide noticeably different driving and riding experiences. The Kia feels sportier and a bit more dynamic than the Subaru, and its ample cabin, updated design, and modern technology are all strong points. The Legacy feels weaker on power, but its ride quality and overall value highlight what the model is all about.

We’d ultimately choose the Kia. It may not be at the very top of the midsize sedan segment, but it is improved significantly compared the previous-gen Optima, and it builds upon Kia’s other recent successes. It’s simply a more compelling, satisfying package than the Legacy. 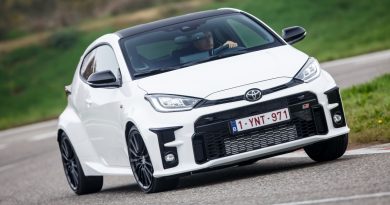 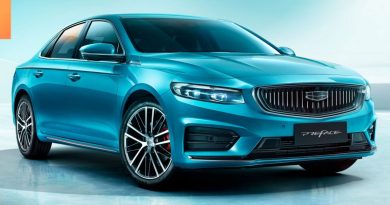 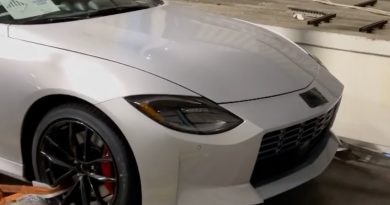