It’s odd to see an electric charging cable plugged into the side of a new 2021 Jeep Wrangler 4xe. With live axles, a manual transfer case, and removable doors, the Jeep Wrangler seems like the natural antithesis of the automobile’s electrified future. This, though, is the Wrangler’s future: Thirteen years in the making, the 2021 Jeep Wrangler Unlimited Rubicon 4XE plug-in hybrid is an environmentally friendlier Jeep—but only if you use it correctly.

The 2021 Jeep Wrangler Unlimited Rubicon 4xe’s spec chart looks unimpeachable, but not all is as it seems. The 4xe is the second-most powerful Wrangler behind the ridiculous 392 V-8 model, and it is far and away the most fuel efficient, but there’s a catch.

The hybrid powertrain components and battery add significant weight, offsetting the Wrangler 4xe’s performance potential and gas-only fuel economy. Fail to plug in the Jeep Wrangler 4xe regularly, and you not only give up all of its advantages, you also sandbag yourself: Without the battery charged, the 4xe Jeep isn’t especially quick, and it returns worse fuel economy than a regular four-cylinder Wrangler. Use it the correct way, though, and you’re rewarded. It’s as easy as just plugging it in, but if you don’t have a suitable plug at home (or you simply can’t be bothered), this isn’t the Jeep Wrangler for you.

How Quick Is It?

All that weight is why, once you run out of battery power, the 4xe only gets 20 mpg combined. The only Jeep Wranglers with a worse combined rating are the V-6 with the manual transmission and, predictably, the V-8. On a full battery, the EPA says you’ll get 49 mpg-e, significantly more than even the diesel Wrangler (up to 25 mpg combined). How long the battery lasts and keeps you at peak fuel economy depends entirely on how you drive, but all told the Wrangler 4xe should go 370 miles on a full tank and a full battery. That’s up to 100 miles short of other Wranglers with bigger gas tanks, but charge regularly, and the EPA says you’ll save $300 a year or more on fuel costs compared to the most efficient gas- and diesel-powered Jeep Wranglers.

You’ll save even more if you have a short commute. The 17.3-kWh battery under the rear seats is only good for 21 miles of pure electric range, so be judicious about how you use it. Unless you can complete your trip entirely on electric power, you’ll want to leave the 4xe in hybrid mode to avoid draining the battery completely.

The real party trick, though, is to charge up the battery, put the Jeep Wrangler 4xe in E-Save mode to keep it full, then switch to Electric mode when you get to the trailhead for pure electric off-roading. It’s more than a little gratifying to flex on fellow off-roaders in less capable vehicles by almost silently bounding up serious obstacles in a hybrid while they go around the obstructions.

Not the toughest obstacles, though. We were a little disappointed to discover the 2021 Jeep Wrangler Unlimited Rubicon 4xe only goes into Electric mode in 2 High, 4 High Auto, and 4 High Part Time. Put it in 4 Low, and the computer automatically kicks you back into hybrid mode. This is a shame because the differential locks only work in 4 Low.

The good news is, the front anti-roll bar disconnect feature works in 4 High Auto and 4 High Part Time, so you can still go over and through some pretty gnarly rocks and holes on electric power only. After all, a Wrangler Rubicon in 2 High can go places most trucks and SUVs wouldn’t dare, to say nothing of putting it in four-wheel drive.

To be sure, we took the 2021 Jeep Wrangler Unlimited Rubicon 4xe out to a local off-road park and hit the toughest trails with a nearly full battery (despite a full charge and using E-Save mode, the battery was down to 92 percent when we arrived at the trailhead and showed 19 miles remaining of all-electric range). This park is known for its steep hills, often littered with big rocks and deep holes right in the steepest parts. The Rubicon 4xe had no issue with dragging its portly self up the steep hills, over the rocks, and through the holes under electric power, but it struggled when those elements combined. With the electric motor putting out just 134 hp and 181 lb-ft—and the inability to use low gear—the Wrangler Rubicon 4xe couldn’t always pull itself over big rocks or through deep holes while also climbing a steep hill.

In these moments the rig would come to a stop slowly despite more and more throttle. Once you have it floored and it still can’t do it, the gasoline engine will fire up and the full combined 470 lb-ft of torque will get you through, easy peasy. But you must remember to back off the throttle in the moment between when the vehicle comes to a stop and when the gas engine engages, because you probably don’t want to still be flooring it when full power hits.
In the event you need low gear and differential locks, always having a minimum of 181 lb-ft of torque and the full 470 lb-ft by the time the engine revs up to just 3,000 rpm means the Wrangler 4xe is ready for anything the trail throws at you. With the battery tucked up between the frame rails and the electric motor stashed in the transmission where the torque converter normally goes, the 4xe has the same clearances and approach, breakover, and departure angles as any other Rubicon, meaning it’ll go all the same places. It’ll just do it using significantly less gas, so while it can’t literally tread lightly, it can certainly tread lighter on the air.

Of course, serious obstacles and four driven wheels require a lot more energy than smooth highways and rear-wheel drive, so you won’t go nearly as far on a full battery out on the trails. On a flat dirt road, sure, you might still get close to 21 miles on a charge, but on a tough trail, we managed just 8 miles before the battery was spent. Jeep claims you can do several hours of off-roading on a full charge, but that’s only true on the bunny slopes. We did the black diamonds and killed the battery in less than an hour. Your mileage may vary.

Without the extra regen braking, the 2021 Jeep Wrangler Unlimited Rubicon 4xe really doesn’t drive much differently than other Wranglers. It’s certainly quieter without the engine running, a bonus since it sounds like an industrial air compressor when it’s burning gas. Under pure electric power, you can feel the gear changes, which is neither good nor bad, it’s just odd; most other hybrids and EVs use either single-speed gearboxes or CVTs so you never feel a gear change. Aside from the racket, starting and engaging the gasoline engine is imperceptible, and it blends power seamlessly with the electric motor. Similarly, the brake-by-wire system completely masks the handover from regenerative to mechanical braking. Jeep engineers absolutely nailed the throttle and brake response, which is exactly what you want in a serious off-roader.

More About the Drive

What you will feel, if you’ve driven other Jeep Wranglers, is the weight. The 2021 Jeep Wrangler Unlimited Rubicon 4xe doesn’t feel slow in any way, but rather feels more solid and planted than other models. There’s a good kind of heft to it, and because it has a lower center of gravity, the heft translates to a feeling of stability. It even shows up in our test results, where the 4xe put down the best skidpad and figure-eight results of any Jeep Wrangler we’ve ever tested. This is in part because the stability control is so much less aggressive than in other Wranglers, because the 4xe’s inherent stability makes less work for the computer to deal with. Although it rides a little more stiffly than other Wranglers, the 4xe is far and away the nicest to drive.

Other gripes we have with the 4xe are equally small. Putting the drive-mode buttons under the headlight switch where you can’t see them, and placing the max-regen button next to the volume knob (and neither of them anywhere near the gearshift) is an obvious cost-saving compromise, sticking things where there’s space, not where it makes sense. The same goes for making max-regen a button you must press every time you start the vehicle, rather than giving it a position on the shifter like you’ll find on cars that were designed to be hybrids from the start. People who plan to modify their 4xe models will also be frustrated to find the charging port is mounted at the windshield base on the driver’s side, a spot specifically designed for mounting off-road lights, body protection, and various accessories on other Jeep Wrangler models.

Does It Make Sense?

What should be abundantly clear here is the fact the 2021 Jeep Wrangler Unlimited Rubicon 4xe is an incredible tool that can do most of what Jeep claims it’ll do, but only if you know how to use it. If you’re just going to drive it around like a normal hybrid, you’re doing yourself a disservice and you should buy a different Wrangler. If you’re committed to altering your routine slightly and using the 4xe in the manner it’s meant to be employed, this Jeep Wrangler is a great rig and an important first step toward the future of both the Wrangler and off-roading itself.

Thirteen years ago, Jeep revealed a “production-intent” Wrangler EV with an electric motor, batteries, and a small gas-powered generator. The company claimed it would go 40 miles on pure electricity, 400 miles on a full tank and a full charge and use only 8 gallons of gas doing it. Obviously, that never happened, and the 4xe doesn’t hit those extremely optimistic numbers, but Jeep has finally done it. At $56,220 to start and $69,050 as tested (both before a $7,500 federal tax credit), the 2021 Jeep Wrangler Unlimited Rubicon 4xe won’t pay for itself in gas savings, and it won’t be the best-selling model by a long shot (though it recently became America’s best-selling plug-in hybrid). Rather, it’s a jumping-off point to a not-so-distant future in which, due to fuel economy and emissions laws, all Wranglers will have to be hybrids or EVs, and it’s a hell of a first try.

For now, though, it’s the Jeep for people who were going to spend a lot of money on a Wrangler no matter what powers it—and who still want to tread a little more lightly when they take it out into the very environment they want to help protect. 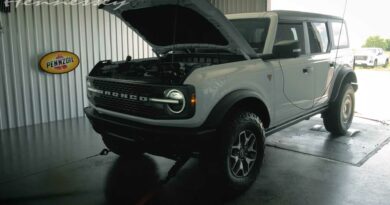 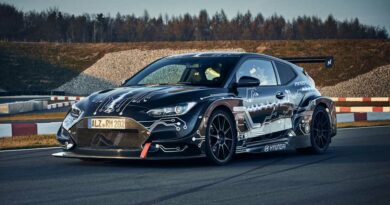 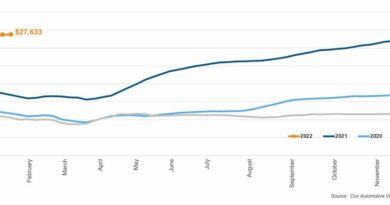