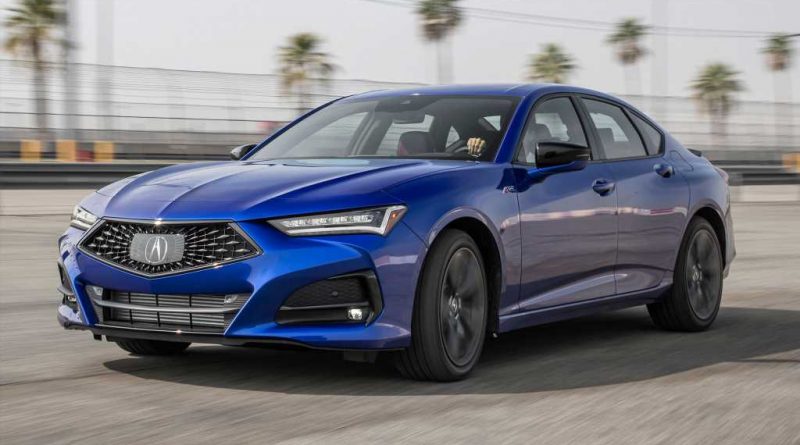 The 2021 Acura TLX is begging for the attention of buyers contemplating purchase of an Audi A4, BMW 3 Series, or Mercedes-Benz C-Class. The cries for attention range from the obvious—flashy Type S Concept sheet metal and an actual Type S performance variant coming next year—to the subtle, a return to a proper control-arm front suspension and a new Panasonic/ELS Studio 3D audio system that’s a match for any fancy Euro-branded audio setup out there. Is it worthy of the attention it so desperately seeks?

Is the Acura TLX Fast Enough?

Turbocharged 2.0-liter engines are like bellybuttons in this class: Everybody’s got one—including Acura at long last—and it’s teamed with a 10-speed automatic (that’s up one or two ratios from 2020). Rated at 272 hp and 280 lb-ft of torque, the engine’s output ranks near the top of the class, and it pretty convincingly replaces last year’s 290-hp/267 lb-ft 3.5-liter V-6.

But the bolder, swankier, bigger 2021 model weighs about 200 pounds more across the board. So the base front-drive 2021 Acura TLX will easily run rings around a base taller-geared, underpowered 2.4-liter 2020 TLX. But load up the new TLX with A-Spec or Advance trim and add torque-vectoring SH-AWD (now optional on all trims), and suddenly the lighter 2020 V-6 TLX looks quicker. We suspect the 2.0T versions of the A4, 330i, and C 300 may also be slightly quicker. Fear not, though: The Type S version promises to level the field with a 355-hp/354 lb-ft turbocharged 3.0-liter V-6.

Of course, these sedans aren’t meant for drag racing, and the two TLX SH-AWD (Acura-speak for Super Handling All-Wheel Drive) models I sampled (one with the A-Spec sport appearance package and one with the tech-focused Advance package) seemed to accelerate more than adequately for the class. That’s thanks in no small part to the swift acting, paddle-shiftable 10-speed automatic, which sharpens up its responses appropriately in Sport mode and can now execute four-gear downshifts for quicker passing. One note of constructive criticism: The sound of this engine is a bit too guttural; too much in the baritone/bass range, and the mild amplification provided through the noise canceling/enhancing sound system in Sport mode doesn’t improve matters. Audi, BMW, and Mercedes 2.0T engines on hand for comparison all sing in a higher tenor range and sound better.

How’s the Handling on Those New Control Arms?

Short answer: Splendid. Southeast Michigan doesn’t feature any corners like Eau Rouge or Schwedenkreuz, but a short detour off the drive route put me on the twisty road leading to my first home, where drives in the original Integra Type R and NSX imprinted indelibly on my young car-tester brain. The TLX can’t match the nimbleness of the OG Integra, but those new control arms kept the front end just as firmly planted through these bumpy, quick-transition turns. Similarly, there’s no matching the steering feel of the mid-engine NSX, but aggressive torque vectoring from the SH-AWD rear axle faintly called to mind the mild passive rear steering allowed by the aggressive, tire-consuming rear toe-in on original NSXs. This system can now send 70 percent of available engine torque to the rear—all of which can be sent to one wheel if necessary.

And while the TLX gained some weight, moving the front wheels forward and switching to aluminum for the front fenders and shock-tower mounts—while moving the heavy 12-volt battery back to the spare tire well—helped shift the 2020 model’s 60/40 front/rear weight distribution to 57/43 (58/42 in front-drive models). That’s about equivalent to the Audi A4, and it helps neutralize the handling a bit.

How Does the TLX Ride?

Base models get amplitude reactive dampers. That means the damping changes with shock travel; softest right is in the middle (on very small bumps), stiffening up the farther the wheel travels in either direction. The A-Spec test car’s ride quality seemed quite competitive for the sport-sedan class, absorbing grit and rumble deftly without ever floating over bigger dips and undulations. Order the Advance package (or wait for the Type S), and the shocks are upgraded to rotary valve adaptive units that now incorporate ride-height sensors. These allow the electronics to do that whole amplitude reacting thing much faster and with far greater bandwidth. Comfort, Normal, and Sport settings are offered, with the base passive damper firmness falling between Normal and Sport.

Theoretically, you’ll get the softest ride in an Advance package TLX set to Comfort, but traversing a potholed stretch of road in all modes revealed a ride-quality difference that was more like night and dawn. When you do hit bumps, they’re absorbed in a one-and-done fashion with no reverberations or aftershocks, thanks in part to a 50 percent improvement in global body rigidity (courtesy of new underbody and shock-tower braces, 114 feet of structural adhesive, and other fortifications).

What About That ELS Studio 3D Sound System?

Multiple Grammy-winning music producer Elliot Scheiner has been helping design Acura premium audio systes since the 2004 TL. The current generation ELS Studio 3D architecture bowed on the 2019 RDX, which added four ultra-slim speakers in the area of the roof grab handles to help better define the spatial positioning of the individual musical instruments and vocals during playback. The challenges of a smaller sedan interior drove another innovation in the TLX: Twin Telford -inch subwoofers in the outboard corners of the rear package shelf, each canted inboard at a 13.5-degree angle. These were patterned and named after a bridge design by Thomas Telford. Their novel location nearer the main body structure eliminates structural vibration and allows the subs to deliver deep bass to 20 Hz. It sounds magnificent. If you’re one to crank up your 5.1-channel recordings, this system delivers a crystal-clear soundstage with no buzz or distortion. It comes standard on A-Spec and with the Advance package.

How Does This Acura Stack Up Against Audi, BMW, and Mercedes-Benz?

The 2021 TLX has grown 3.9 inches on a 3.7-inch longer wheelbase and added 2.2 inches of width relative to the 2020 TLX, and Acura has cast the 2021 model as something of a tweener, able to quasi-compete with entry versions of the A6/5 Series/E-Class with price and performance closer to the A4/3 Series/C-Class. So Acura provided both a comparably equipped Audi A4 Quattro and Mercedes-Benz C 300 4Matic, plus a comparably priced stripper BMW 530i xDrive, for comparison.

The front seats of all are sufficiently comfortable and spacious, but sitting behind myself (I stand 5-foot-10), the Mercedes was noticeably less comfortable. It lacked thigh support, its seat back was too reclined, and it was noticeably narrower, though it afforded decent foot room (of which there’s very little under the Acura’s front seats). The 530i’s rear seat felt much larger and superbly comfortable, which was less of a surprise than the Audi A4. That back seat afforded ample thigh support, a taller seating position still with ample head room, and great comfort and visibility. This is probably the winner on back-seat packaging.

In driving them, each of these Euro fours sounded better—more tenor snarl, nothing guttural, with the BMW blocking more engine noise out than the others. But none could touch the Acura’s unique ability to torque-vector itself around a corner when you’re hard on the gas. The BMW’s engine felt noticeably overburdened by its larger bodywork. The A4 Quattro seemed the quickest, despite lower engine output and slightly taller gearing—perhaps because it weighs at least 200 pounds less. The C 300 rode smoothest of the competitors but felt less supple than the TLX Advance in Comfort mode.

Acura was also quick to point out that a C 300 4Matic comparably priced to a TLX SH-AWD with Advance package lacks key driver-assistance features, adaptive dampers, surround-view cameras and more, and adding options to communize content makes it about $5,000 more expensive. Similarly, an A4 Quattro spec’d to match a TLX A-Spec SH-AWD misses out on navigation, premium audio, and 19-inch wheels, which boosts the price $3,000-plus over Acura. (The 530i starts out under-equipped for $8,000 more.)

That brings us to pricing. A basic front-drive TLX opens at $38,525; SH-AWD adds $2,000. The Technology Package (ELS Studio 13-speaker audio, 19-inch wheels, blind-spot and rear cross-traffic monitoring, and an LED ambient lighting package) adds $4,000. Another $2,750 gets the A-Spec sport-appearance package (grey wheels and black trim that includes a rear diffuser and spoiler) and ELS Studio 3D 17-speaker audio. Or spend $8,800 for the Advance Package and get all the Tech Pack stuff, 17-speaker audio, plus adaptive dampers, an acoustic windshield, rain-sensing wipers, surround-view camera, head-up display, and more.

Is the TLX a Good Buy?

Before we can rank the TLX among its peer group, we need to spend more time with it, but on paper and during this brief first drive, it made a great impression. SH-AWD remains a strong selling proposition, and audiophile buyers will definitely find the 17-speaker ELS Studio 3D setup to be a bargain relative to competing Burmester, Bowers & Wilkins, and Mark Levinson offerings.

Volvo 24-week parental leave – what it means for M'sia – paultan.org 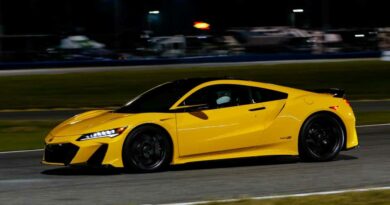