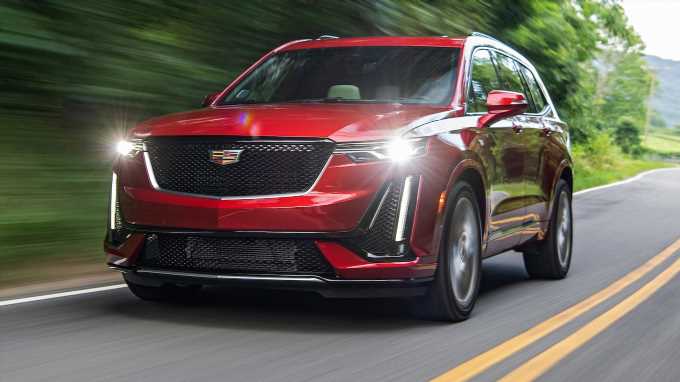 My day began with an Uber ride to LAX in a pre-bailout Chrysler PT Cruiser that smelled like cigarettes and felt like its suspension consisted of cold hockey pucks. When I got off the plane across the country in Washington, D.C., I scanned airport signage for ground transportation, where I would catch my next inevitably subpar hailed ride to the hotel. But no! Instead I was greeted by the fine folks from Cadillac, who shuttled me and three other journalists to our cushy lodging in the only Caddy suitable for the job: the Escalade.

The big, black ballermobile had no trouble swallowing our luggage in its expansive cargo hold, and being the most junior auto journo in the group, I left the second row vacant and headed straight for the way back. Knee room was tight but acceptable for my stubby legs, and my feet found a tiny home in the small carved-out alcove under the second-row bucket seat, but it was hard to ignore that we were riding in a truck. Regardless of the crest on its nose, the Escalade’s ride was somehow both stiff and wallowy, and the column-mounted shifter stalk is straight out of a Silverado. But for Cadillac, it’s the only three-row in the fleet.

Correction: It was the only three-row in the fleet.

New for this year, the Cadillac XT6 is a car-based three-row luxury SUV positioned just below the Escalade and above the smaller, five-passenger XT4 and XT5. Its exterior bodywork is directly influenced by the stunning Escala concept, and to our eyes, it’s the best-looking Cadillac SUV in production. It doesn’t suffer from the unfortunate proportions of the XT4 or the dated, blobby look that the XT5 inherited from its predecessor, the SRX. The wide grille and slim LED headlamps make for an aggressive front end, and its boxy, slab-sided profile looks utilitarian and maximizes interior volume.

Speaking of the interior, the XT6 was designed from the ground up to have three rows of seating. In China—a core market segment for the XT6—three-row vehicles are often responsible for transporting three generations of a family with grandparents in the back, so the third row couldn’t be a cheap add-on. I’m pleased to report that the third row is comfortable and spacious—notably better than that of the Escalade. At 6-foot-1, I was easily able to fit with the second-row bucket seat and driver’s seat positioned where I’d have them for comfortable riding and driving. My head brushed the ceiling, but there’s a lot more headroom than there is in the third row of the Kia Telluride I recently tried to cram myself into. Plus, the floor is nice and low in the XT6, so my knees weren’t up at my chin.

Up front, drivers and passengers are treated to a revised version of Cadillac’s CUE infotainment system, which now features a rotary selector knob just aft of the new electronic shifter. I haven’t had any experience with the much-maligned previous generations of CUE, but this one is pretty good. The touchscreen is large, clear, and responsive, and the revised center stack minimizes the use of the capacitive touch buttons that plagued its predecessors. Both models I drove featured heavy use of real carbon-fiber trim, which looks a lot better than the fake stuff on display in some competitors but seems particularly out of place in a three-row SUV. In my luxury cars, give me leather and wood over carbon and Alcantara any day.

The XT6 is available in two trims—Premium Luxury and Sport—each of which are offered with a Platinum package that spruces up the interior. Premium Luxury serves as the entry-level car and is offered with front- or all-wheel drive. It features lots of exterior brightwork that Cadillac calls Galvano. Sport models gain quicker steering, standard all-wheel drive, active suspension, and unique throttle and shift mapping, along with little touches such as magnesium shift paddles. The Premium Luxury model’s Galvano trim pieces are replaced with gloss black bits on the Sport.

The XT6 Sport also gets a torque-vectoring twin-clutch rear end, though I wasn’t able to discern a notable difference in handling between the two models. I will say the XT6 in either guise is a relatively good handler. It drives much smaller and more controlled than the monster Escalade. On a dirt road outside a Virginia winery, we were even able to kick out the rear end and dial in some opposite lock. That’s a sentence I never thought I’d write about a Cadillac SUV.

All models are powered by a 3.6-liter naturally aspirated V-6 paired with a nine-speed automatic transmission. The V-6 provided adequate power and sounds excellent under full throttle. At partial throttle it can sound a bit coarse, but the use of a conventional automatic instead of a CVT keeps the revs low and largely mitigates the issue. There’s a lot of travel in the gas and brake pedals, which makes it easy for drivers to meter their inputs for smooth driving. Steering is noticeably quicker in the XT6 Sport, and driving each model back to back revealed the Sport’s slight advantage in ride comfort. Its standard active damping doesn’t make the transformative difference that Cadillac’s Magnetic Ride Control does, but body motions are a tad more controlled than in the Premium Luxury model.

The XT6 is not available with Cadillac’s excellent Super Cruise hands-free driving tech, but we’re told it will be an option for the 2020 model year. That said, all models come standard with low-speed forward emergency braking, front and rear park assist, and lane keep assist. Cornering headlamps and automatic high-beams are also standard. An available driver assist package adds adaptive cruise control, enhanced emergency braking, and the slightly unnerving automatic seat belt tightening system. I do appreciate Cadillac’s use of driver’s seat vibration for active safety alerts as opposed to the audible alerts in most cars. The system notifies only the driver rather than sending all of your passengers into a state of absolute panic.

An Enhanced Visibility and Technology package is also available; that adds automatic parking assist, a high-def surround-vision camera system, a head-up display, and the rear camera mirror. That last feature offers drivers a conventional rearview mirror that, with the flip of a switch, changes to a mirror-shaped monitor displaying a video feed from a camera just under the XT6’s rear spoiler. It works in that you can see a wider, unobstructed view of the road behind you, but the lighting of the video feed is different than what you see looking forward. Shifting your glance between the road and the monitor takes a split second of optical adjustment; we found it more distracting than useful.

After a morning of countryside driving in the XT6, we were brought back to one of the many Virginia vineyards for an afternoon of wine tasting. I declined to participate because I was falling asleep and don’t care much for wine, but it was a nice way to round out the trip. As the time approached to fly back home, a few of us were once again ushered into an Escalade, and I was a little disappointed we weren’t riding to the airport in an XT6. It’s a better-looking, better-driving SUV with more tech and more comfort. It’s a shame that Cadillac’s flagship SUV needs to be a massive, hulking beast like the Escalade. If it were my money and my big family, I’d grab the keys to the XT6 in a heartbeat. However, the Escalade did get us safely and soundly to the airport, and for what it’s worth, it was a whole lot better than a smelly PT Cruiser. 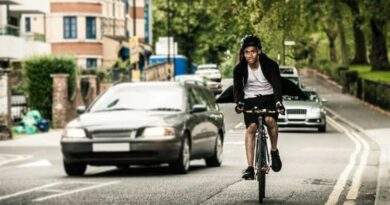 Have Your Say: Will the new Highway Code rules make roads safer? 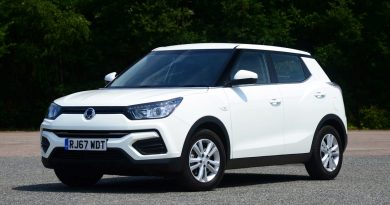 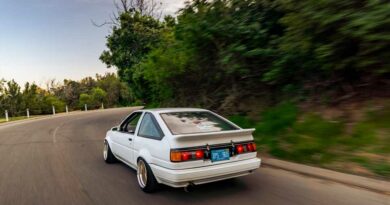