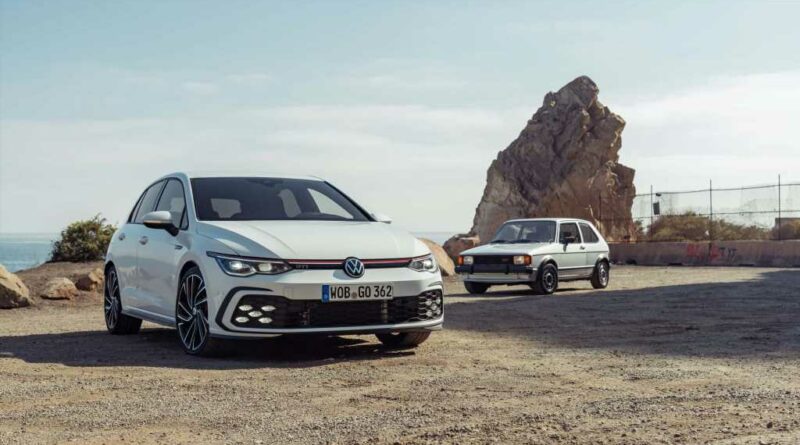 The original 1984 Volkswagen Rabbit GTI is one of the all-time greats—a wheeled ball of joy that can still put a smile on your face nearly 40 years after it first arrived on U.S. shores. But there’s a new GTI for 2022, and it’s the most powerful car ever to wear the famed badge. For all its technological advancement, I wanted to know if the new MkVIII GTI still captures the spirit of the original MkI, so I organized a comparison drive with a beautiful 1984 Rabbit GTI from Volkswagen’s heritage collection. And that meant I’d need someone to help me out.

That someone is me, senior editor Aaron Gold—with the emphasis, according to young Nick, on the senior part—and one of the few staffers old enough (just barely!) to remember the impact of the original GTI. The new GTI’s high-tech horsepower is all well and good, but I’m here to make sure the whippersnappers remember that simplicity can be life’s greatest joy.

Since Aaron hails from an era where fuel injection was the bleeding edge of automotive innovation, I’d better introduce the new GTI. The MkVIII is the quickest GTI ever made. Its 2.0-liter turbocharged four-cylinder makes 242 horsepower and 273 lb-ft of torque. All the oomph is routed through a seven-speed twin-clutch auto. You can still have a six-speed manual too, but it’s the slowest way to go. Volkswagen’s trick DCC adaptive dampers take care of the suspension, an extremely clever limited-slip differential helps put power down, and the new car even has four-wheel disc brakes—something Aaron can’t say about the original.

And that leaves me to introduce the MkI GTI. Cast your mind back to 1984, when Volkswagen was best known for its air-cooled models that were still viable used-car purchases at the time. VW was trying to establish the Rabbit as a modern-day replacement for the simple, economical Beetle, and the GTI was the last thing we expected the company to do. Its feature list—multipoint fuel injection, front-wheel drive, five-speed stick, MacPherson struts and a trailing-beam rear axle—was exotic stuff in early ’80s America..

Aaron will probably tell you the MkI is quick enough, but that’s only true because his first car was a horse and buggy. On any road, anywhere, any time, the old Rabbit GTI wouldn’t be able to figure out where in the distance its progeny had disappeared to. On any twisty back road, anything that isn’t at least as fast and as capable as the new BMW M3 would have the devil’s own job of trying to shake off the 2022 GTI—and even then, I have my doubts. It is a truly next-level machine. You’ll barely believe you’re in a hatchback, much less one based on a humble compact car.

My first car was actually a 1982 Chrysler K-car—not much faster than the horse and buggy, as it happens—and Nick is right, I think the ’84 Rabbit GTI is plenty quick. Its 90 horsepower wasn’t a monster number even back then, but this was a time when the base model Rabbit made do with a mere 65 horses. MT timed the 2,011-pound ’84 GTI to 60 in 9.6 seconds, impressive for the early to mid 1980s.

But this isn’t the 1980s, and yet I still think the GTI remains impressive for how it delivers its power. An eight-valve engine is like a sandwich—the meat is in the middle. It feels flat under 3,000 rpm, and there’s no high-rev surge like in a modern 16-valver. To counter this inherent inflexibility, VW fitted it with a close-ratio five-speed transmission perfect for keeping it right in that magic rev range. A GTI with a stick is good in any gear, but in the first-generation GTI, shifting to keep the engine in its powerband is one of the unadulterated joys of driving it. No, the old GTI can’t outrun the new one—but that isn’t really the point of the old car, and wasn’t even when it was new.

But outright performance is most definitely the point of the new one. Thanks to the improvements VW made over the MkVII, it’s the most competent GTI Americans have ever had access to. Push it hard in the curves, and the GTI delivers thrills as reliably as a Prius delivers good fuel economy. It drives exactly as you hope it will, grippy and well composed. And thanks to that well-sorted electronic limited-slip diff, you can use the MkVIII’s additional power without having it leak out through a spinning inner front wheel. And, of course, the car is as usable every day as a GTI should be, comfortable when you aren’t ripping it, and is so chock-full of tech that even this millennial was wowed.

The same can be said of the original GTI, but for us older folks. Obviously the levels of grip are nowhere near the new GTI’s, but we were still wowed when it first hit our shores. I thought the GTI would be at its best in sharp, slow corners, although to be honest I hadn’t really taken into account the frantic arm-flailing required due to its slow, non-assisted steering.

It’s good fun, I assure you, good fun! Instead, this grizzled oldster found the MkI GTI most impressive in broad, high-speed corners. Turning in takes a leap of faith, but the GTI takes a set and rides it all the way through, with composure and stability that impress even by the standard set by the new 2022 GTI.

He’s not wrong. The old GTI’s steering is more like tug-of-war than steering, especially in the sharper bends. It’s much happier in the long, open sweepers, even if you’re never really setting anyone’s hair on fire while you’re carving them. If there is a link in terms of the way the two drive, it certainly isn’t the way they steer.

What these two genuinely have in common, though, is just how easygoing they can be when you’re, say, cruising up PCH or on the 405. The new car is firmer and better controlled, and the old car’s ride is comically soft in comparison. But neither presents any real-world compromises, and you could use them both every day with ease. In that sense, the new car retains every ounce of the original’s essence.

That said, the two are more different than they are alike, and the huge gap in on-the-limit performance between new and old creates a small problem for the MkVIII. Somewhere in the quest for hot-hatch dominance—a journey that the GTI has been on for the better part of four decades—the boundless joy that makes the MkI so charming was replaced with a clinical sharpness. It doesn’t make the current GTI any worse; if anything, it’s the best GTI VW has ever made from a performance perspective. But there’s something missing from the new car’s package, something you can’t really put your finger on. And, as we’ve found in other reviews, the capacitive controls for volume and temperature are both ill-conceived and poorly located, a rare—and annoying—misstep in a modern GTI.

Don’t tell Nick, but I think he’s judging the new GTI a little harshly. The original GTI is bound to be a thrill to someone who has never driven anything like it. Cars have increased in complexity so gradually that we don’t realize how many layers have been built up between the driver and the road until a car like the ’84 GTI takes them all away. Even if, like Nick, you aren’t old enough to remember the bad old days of primitive emissions equipment and goose-down-soft suspensions, you can understand why driving the first GTI is magic.

Maybe Aaron’s right. He has been doing this for a little while longer than I have, after all. It’s safe to say every GTI has a certain magic to it, it’s just that what kind of magic you’re experiencing depends on how old your GTI is. The original car has a palpable, nostalgia-inducing charm I wasn’t expecting—and I wasn’t even alive to experience it when it was new! It fizzes and buzzes and scoots its way into your heart. The new car, well …

The new GTI is the culmination of what the first-gen car’s German engineers dreamed of way back when: power with efficiency, grip with comfort, compliance with control. The old GTI barely cracked open the technology tap, while the new GTI uses its electronics to forge a connection between driver and car that simply wasn’t possible in 1984.

I’m glad Nick’s eyes have been opened to the fun that can be had with 90 horsepower and a beam rear axle—but I hope the experience will increase his appreciation for the modern-day marvel that is the all-new 2022 Volkswagen GTI. 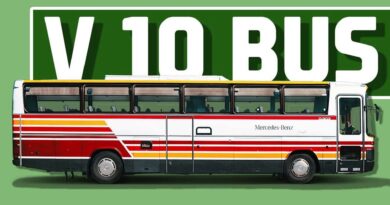 Someone Made A Video About The Best-Sounding Buses 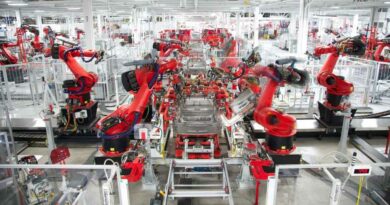 Robotics And Automation Providers See Huge Surge Thanks To EVs 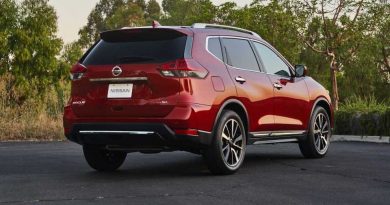