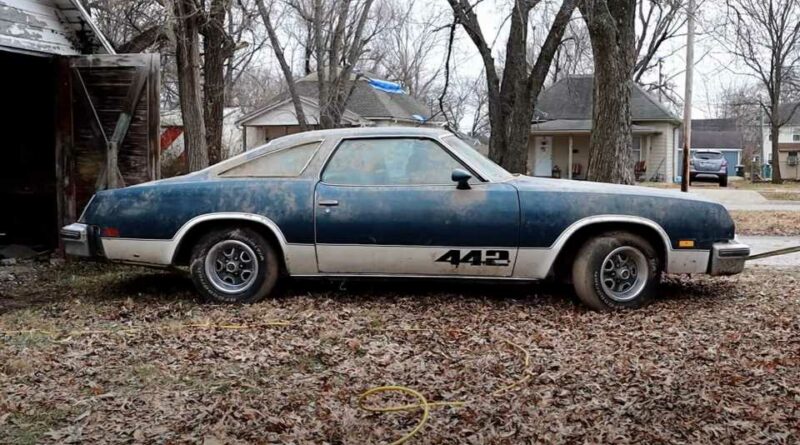 This Oldsmobile 442 has a rather interesting history but the essence of the story is that it has been sitting in a garage since 1993 when the engine started knocking badly. It’s a 1977 model in surprisingly good shape and it’s finally time to see this muscle car being towed out of the garage and prepared for its second chance in life.

Once all four tires are aired up, the car is ready to be towed out of the very old garage it has been sitting in for the last three decades. The 442 is parked a little misaligned to the garage doors but the folks over at Madden Madness manage to tow it out with almost no damage except for a little hit on the rear bumper. Once the car is out of the garage, it reveals its very good condition that is a solid base for a future restoration.

Speaking of restoration, this vehicle isn’t going to be rebuilt right away. The team that rescues it shares in the video that they have plenty of other projects currently underway and once at least one of them is finished, this Oldsmobile could finally receive the attention it deserves. But before all of that happens, it is time for the first quick wash in about three decades.

So, what’s the actual condition? Well, the good news is that no parts from the exterior seem to be missing and there isn’t a lot of rust around the body. The chrome bumpers, wheel arches, and headlights surround trim all seem to be only in a need of a good polish. There are, of course, many scratches on the lower section of the body but that is to be expected from a car that was produced back in 1977.

The video ends with the 442 being parked in its new resting place. It will sit there for weeks or months, who knows, until its time for restoration comes. Will it ever shine like new? We hope so and from what we see in the video, this particular car is a very good base for a very good restoration 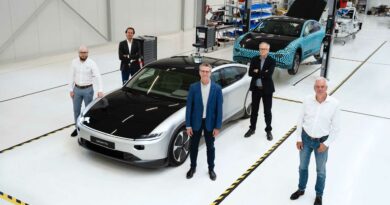 Valmet Automotive Will Build Lightyear One EV In Finland From 2022 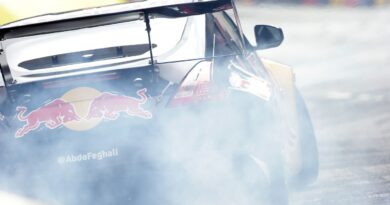 Red Bull in Hot Water Over Drifting Stunt in Ukraine 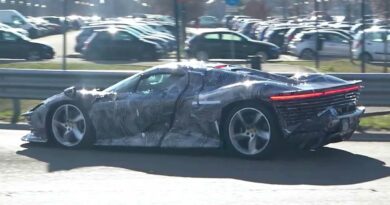 Ferrari Daytona SP3 Caught On The Road Looking Rather Special