Since we ran the original version of this post nearly six years ago, a lot has changed in the used car world. Rattier examples of a lot of the cars featured have long since died off, while the tidier survivors can command pricey sums.

There’s no getting around it: the days of easily finding a super cheap pop-up headlight-equipped car are for the most part gone. However, with a little patience, you can still get a cool car with the greatest automotive feature of all time without breaking the bank.

Here are our picks:

It’s a good job Mazda has made so many Miatas over the years, as scores have been killed off by terminal rot. The starting point for an N/A MX-5 survivor is now about £1500, although you’ll need to pay a fair bit more for a really nice, original one that’ll last.

Be very careful to check for rust in problem areas like the sills and rear wheel arches, unless you want a car that spends weeks living in a garage being attacked by angle grinders (cough Phil cough). Once you’ve tracked down a good one, you’ll have an adorable sports car that’s fun, easy to drive and cheap to run.

In an ideal world, we’d advise you to buy a 944, but it’s a little late for that – prices have gotten out of hand. Naturally, that means 924s aren’t as affordable as they once were, but it is still possible to find one with the limp 125bhp VW-sourced four-pot for about £3000.

When it comes to older MR2s with pop-ups, a tidy first-gen would be our preference, but good luck finding one for an affordable sum that isn’t a basket case. Values of the second germination ‘SW20’ MR2 remain in non-silly territory, meanwhile, with the cheapest useable examples weighing in about £1500.

They have a not entirely undeserved reputation for tricky handling on the limit, but so long as you drive smoothly to avoid any lift-off oversteer moments – and/or buy one of the friendlier later versions – you’ll get along with the Mr Two just fine.

It won’t be that quick or particularly sporting to drive, but how can you not be tempted by an old Volvo 480? Not only are they achingly cool with the all-important pop-up headlights and that glass tailgate, they’re also still reasonably cheap. Budget upwards of £2000 and you should be able to get a decent one. Just be prepared to be looking for a while – there aren’t many around.

We’re not going to pretend the Mazda 323F is fast. Or particularly exciting to drive. But, if you want a quirky, dirt cheap runabout with pop-ups, you could do a lot worse. The price? As low as £1000. For that amount of money, you can forgive the fact it takes more than 10 seconds to hit 60mph from a standstill. Even with that headlight arrangement, the 323F doesn’t exactly scream as a car worth preserving, so there’s only a handful of them still kicking around.

Sure, the fourth-generation Honda Prelude might have that fancy digital dashboard and up to 190bhp, but it also has some of the most boring headlights we’ve ever seen. Its predecessor, however, doesn’t just have headlights – it also has a secret ‘feature’ where you can make the car look drunk by turning them on and off repeatedly (see above). Endless entertainment.

The remaining UK population is now scarce (you’re sensing a theme here, aren’t you?), but the third-gen Prelude is unloved enough that £2000 should be enough to buy a useable one, while a budget of £4000+ will secure a really good one.

For a long time, the second-gen Ford Probe was a bit of an automotive joke, but time and an ever-decreasing UK headcount mean the coupe is looked upon much more fondly these days. You get the pop-ups, of course, but there’s an additional treat sitting just behind them: a silky-smooth 2.5-litre Mazda KL V6. You can get these with a 16-valve inline-four, but you definitely want the bigger engine. Just be prepared for a long wait – at the time of writing, there were only a few hundred left on UK roads.

The most affordable Lotus money can buy also happens to be one with pop-up headlights. The ‘M100’ is also Hethel’s sole production front-wheel drive vehicle, but don’t go thinking that means disappointment in the handling department.

These are properly sorted little sports cars, and for the size, Lotus’ engineers insisted a front-engined, FWD layout was the way to go. Power comes from an overhauled 1.6-litre turbocharged Isuzu engine producing just over 160bhp, which is plenty in a car that tips the scales at around a tonne.

If the thought of paying that much money and ending up with a car using an inline-four to propel the ‘wrong’ wheels, allow us to present an alternative. Yes, the C4 ‘Vette was never officially sold in the UK (the new C8 will be and with a steering wheel on the right-hand side), but a decent number made it here via unofficial channels.

The C4 Corvette is about the size of a Cayman, lighter than you might expect, and yes, available with a range of V8s. Power levels were low to begin with, but Chevrolet soon fitted the 245bhp ‘L98’ V8 and eventually a 405bhp ‘LT5’. A 1986 example with the former sold at an online auction not so long ago for a mere £6000.

Another car to have gone up in people’s estimations over the years, the Pontiac Fiero deserves so much more than being one of the go-to platforms for shonky supercar replicas. The Iron Duke inline-four in the middle isn’t the most inspiring mill, but the Fiero is light thanks to the use of a reinforced composite plastic body which also means you won’t encounter any nasty rust issues.

Like the Corvette, these weren’t ever sold officially in the UK, but there are a handful of import models around. It won’t be that much harder to find one than the Probe, and having a steering wheel on the left isn’t the big issue some make it out to be. Tatty ones are under a grand. 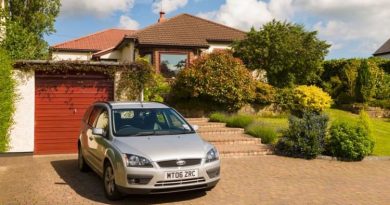 Petrol and diesel car ban: How will my car be affected by new 2030 restrictions? 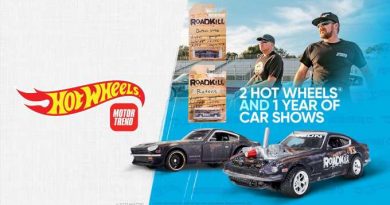 Get Exclusive Hot Wheels of Roadkill’s Rotsun: Sign Up for the MotorTrend App with the Rotsun Bundle today! 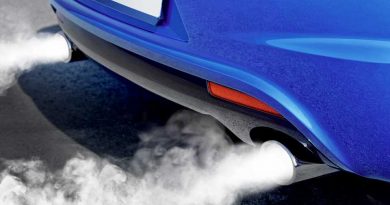 What Is an EVAP Leak And How Do You Diagnose It?