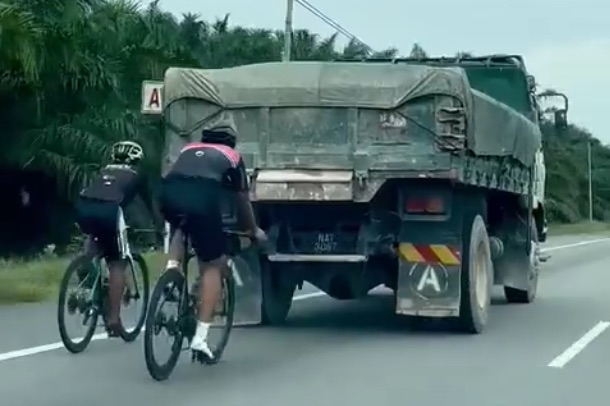 From a short video posted by Twitter user Norman @tuairumahkita, a pair of cyclists are seen on an unidentified dual carriageway somewhere in Malaysia, drafting behind a large lorry. Drafting is an accepted practice in cycling, notably in velodrome racing and whilst riding in the peloton during a road race.

Doing so conserves energy and allows the cyclist behind the lead rider to build up enough speed to slingshot past for an overtake but doing so on public roads is dangerous and fool hardy in the extreme. In the video, the lorry is seen travelling at a constant speed, with the large wind shadow behind the vehicle providing the perfect place for the cyclists to shelter from the air. 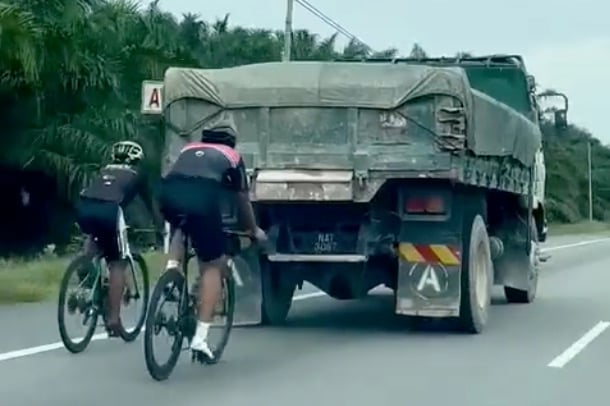 However, it is very likely the lorry driver has no idea there are two cyclists following closely behind and the cyclists are unable to see road conditions because their sight is blocked by the vehicle. Additionally, the negative pressure area behind the moving vehicle will tend to “suck in” the cyclist following behind as rider and bicycle combined are not going to weigh much more than 80 kg or so.

Should the lorry stop suddenly, or a pothole appear in the path of the cyclist, it is likely the outcome will be tragic or at the very least involve skin being left on tarmac since lycra is not particularly abrasion resistant. So, leave the drafting to the racers and if you are cycling on a public road, dual carriageway or otherwise, it is best to keep to the left and ride single-file. 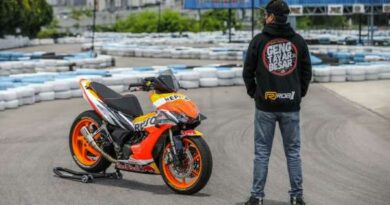 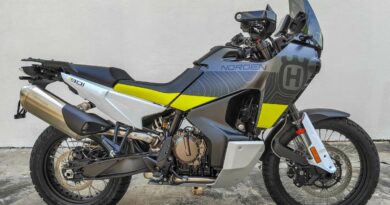 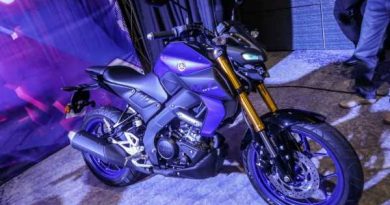