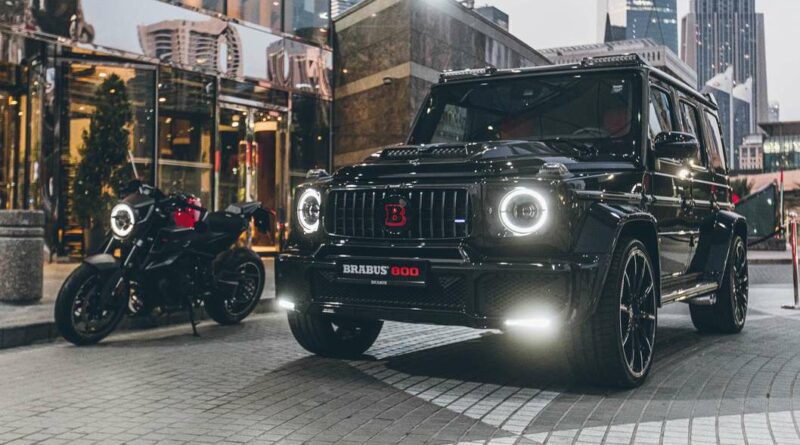 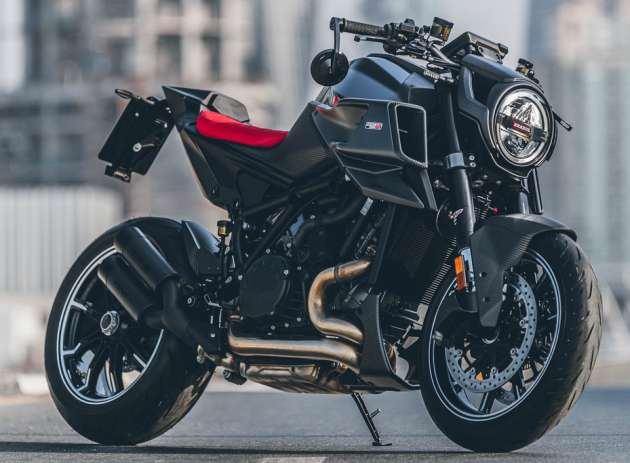 If you’re looking for something special on Valentine’s Day for your significant other, how about the limited edition Brabus 1300R? Produced in collaboration with motorcycle manufacturer KTM, the Brabus 1300R takes the KTM 1290 Super Duke R Ego as its basis.

As a limited edition, two versions of the Brabus 1300 R are available in Magma Red and Signature Black, and only 77 units will be made of each fro a total of 154, and can be ordered from the dedicated KTM website. The limited number of 77 units for each variant of the Brabus 1300R signifies the year 1977, when Brabus was founded as a high-performance automotive aftermarket tuning company in Bottrop, Germany.

Setting the Brabus 1300R apart from the donor bike is the use of a single round headlight in the retro-style, different from the twin “dagger” headlights on the Super Duke R. A Brabus slip-on twin exhaust and Brabus Z Monoblock lightweight forged wheels further differentiate the 1300R.

Liberal use of Brabus carbon-fibre parts is applied to the 1300R including bodywork such as the air ducts and seat under tray, as well as Brabus CNC machined aluminium components including the triple clamps and foot pegs. Further attention to detail is seen in the installation of a custom-made seat fabricated by Brabus’ interior specialists.

As KTM is known as the maker of some of the world’s most hooligan motorcycles, the Brabus 1300R comes with a 1,301 cc, eight-valve, liquid-cooled V-twin, producing 180 hp at 9,500 rpm and 140 Nm 8,000 rpm, with the zero-to-hundred km/h sprint done in 3.2 seconds. Suspension is done wit WP Apex semi-active suspension, featuring six damping modes – Comfort, Street, Sport, Track, Advanced and Auto. 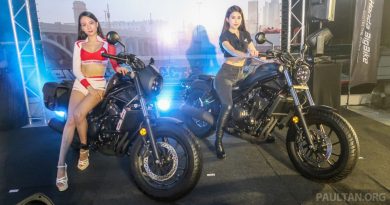 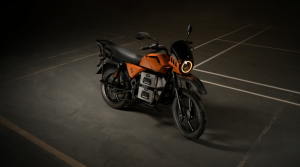 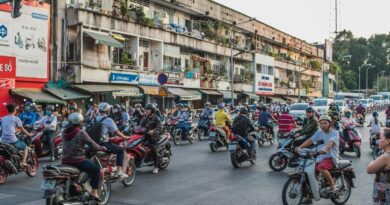