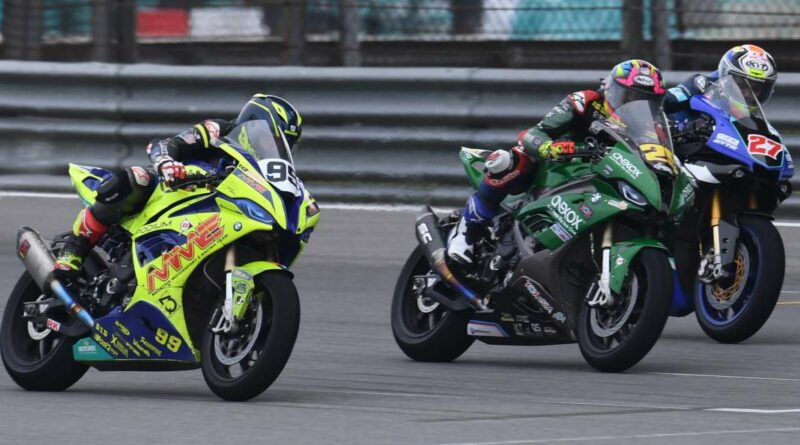 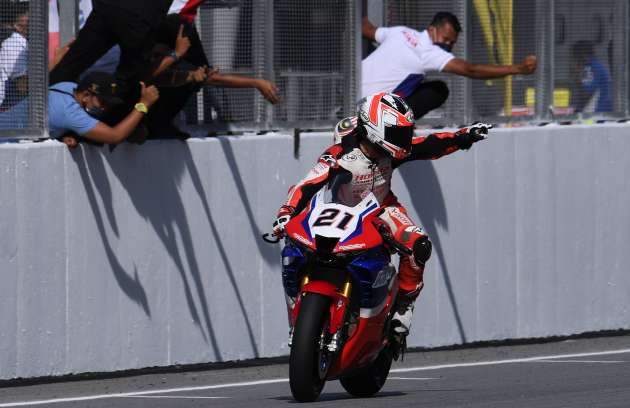 Across the weekend’s three races, Zaqhwan stamped his supremacy as the best of Malaysian superbike racers with a hatrick of wins. Initially slated for the CBR1000RR-R – priced at RM198,000 in Malaysia – to make its racing debut in the FIM Asia Road Racing Championship, the Covid-19 pandemic and lockdowns put paid to Zaqhwan’s plans to race overseas.

Needless to say, despite riding a brand-new race bike, Zaqhwan stamped his dominance all over the grid, finishing race 3 with a time of 21’27.869s, 4.2 seconds ahead of the rest of the grid. Meanwhile, Azlan Shah Kamaruzaman of OneXOX TKKR Racing battled bike setup issues all weekend but still managing to finish second in the championship while Kasma Daniel Kasmayudin, in his debut MSBK 1000 season, finished third.

In the MSBK 600 class, Ibrahim Norrodin, brother to Adam Norrodin, made a clean sweep of the weekend with three wins from three starts riding the SIC Racing Yamaha YZF-R6. However, it was Syarifuddin Azman, better known as Damok, who played a consistent game and won the 2021 MSBK 600 championship with 105 points, despite not winning a race in 2021 but managing to stand on the podium five times in six races.

Another laurel for Boon Siew Honda Racing Team in the MSBK 250 class, with Mohd Izam Ikmal taking the championship on his Honda CBR250RR. With 128 points, Izam grabbed the 250 championship crown ahead of Mohd Danial Syahmi and Mohd Hakim Danish, both riding Kawasakis for SIC Racing. 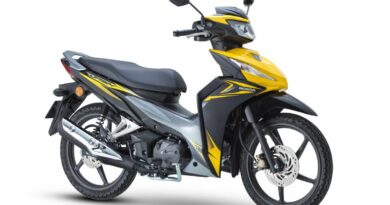 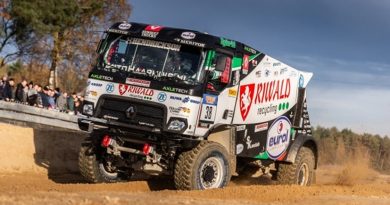