Covers were taken off the 2021 BMW Motorrad S1000R, showing off an all-new frame and bodywork plus technology taken from the S1000RR super bike. As a redesigned model, the S1000R comes with aggressive new styling that BMW Motorrad says epitomises the “street fighter” ethos.

Taken from the S1000RR, the S1000R’s detuned inline four-cylinder engine pumps out 165 hp at 11,000 rpm and 115 Nm of torque at 9,250 rpm with effort made to produce a linear torque curve. The top three gears in the six-speed gearbox are now taller to reduce noise and fuel consumption.

The gearbox is equipped with an anti-hopping clutch and optional engine drag torque control (MSR) – part of the Riding Modes Pro package – electronically limits the rear wheel from slipping as a result of abrupt throttling or downshifting. Shift Assistant Pro, which is what BMW Motorrad calls a quick shifter, is also available as an ex-works option.

BMW Motorrad claims the S1000R is now the lightest naked sports in its class, weighing in at 199 kg for the base model while adding the optional comfort and dynamics package brings weight up to 202 kg. Further weight reduction is optional with the the M package by 4.8 kg, using the option of forged wheels (2 kg) or carbon-fibre hoops (3.7 kg).

Based on the frame from the S1000RR, the S1000R’s ‘Flex Frame’ is narrower and used as a stressed member. This allows for the frame width to be narrow where the rider’s knees are while both frame and swingarm are lighter than before.

Rider ergonomics are catered for with adjustable handlebar clamps, giving a plus 10 mm adjustment in bar position. Adding optional riser mounts give 10 mm of height adjustment if required. Transitioning over from the S1000RR is the 6.5-inch TFT-LCD display, controlled from the handlebar pod. The screen provides customised displays including Pure Ride and Core while adding the optional M package gives a third Core screen with bar display and lap timer.

LED lighting is now used throughout for the S1000R and the optional Headlight Pro module adds adaptive turning and daytime running lights. BMW Motorrad offers further customisation and upgrades to the S1000R with the purchase of the optional extra range, M package, Carbon Package and Milled Parts package, available as ex-works options. 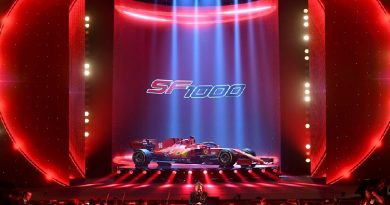 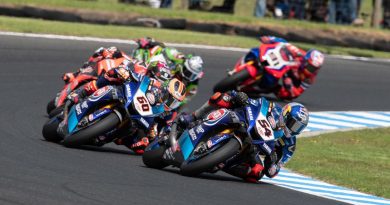 2020 WSBK teams gear up for racing in Spain – paultan.org 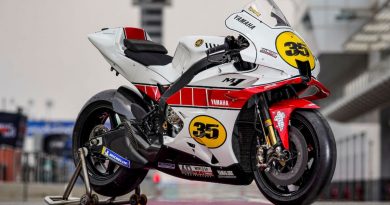