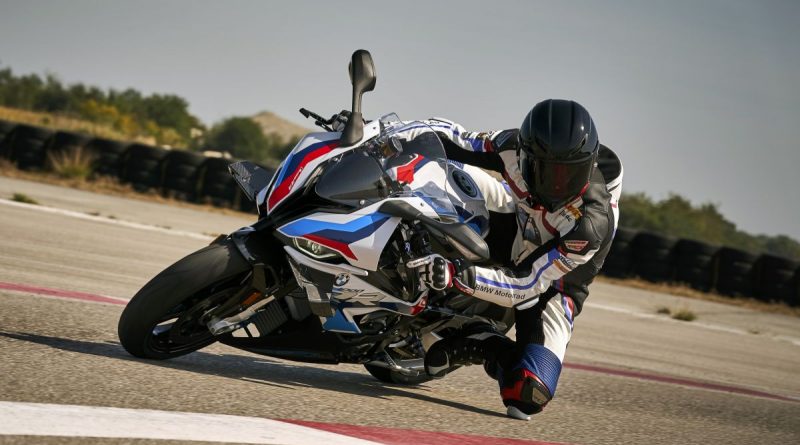 Showing its intentions about the World Superbike Championship are deadly serious, BMW Motorrad has turned up the heat and issued the 2020 BMW Motorrad M1000RR (M RR) homologation special. The inclusion of a plethora of lightweight performance parts and aerodynamics aids serve to give the M1000RR an edge over its superbike rivals.

According to BMW Motorrad, the M1000RR is more powerful than the S1000RR everywhere from 6,000 to 15,100 rpm, a very strong indication of where the boys from Munich expect the M RR to be spending most of its time. However, the use of BMW’s Shiftcam variable valve technology apparently allows the M RR’s engine to be flexible enough for sporty road use.

Aerodynamics is also a feature of the M RR’s performance inventory, with the addition of the currently de riguer wings on the front fairing. Finished in clear coated carbon-fibre, the wings produce aerodynamic downforce that acts on the front wheel to minimise wheelies and increase traction.

Further weight reduction is realised throughout the M1000RR, aside from the 12 gramme lighter pistons and 85 gramme lighter connecting rods. A full system titanium exhaust that weighs 3.36 kg is included with the M RR, along with M Sport carbon-fibre wheels and lightweight battery.

For the first time in BMW’s two-wheelers, the M1000RR sports M performance brakes, just like the M cars in BMW’s catalogue, eschewing the use of the industry standard Brembos. BMW claims the brakes, finished in a fetching anodised blue with ‘M’ logo, were developed from its superbike racing efforts and provide fade stability and controllability. 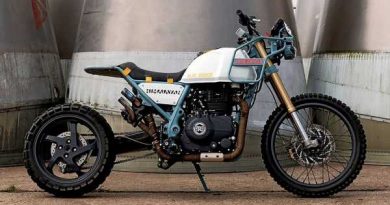 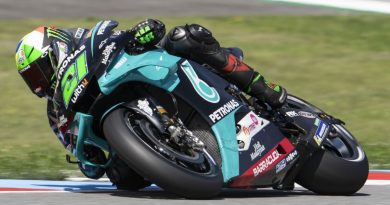 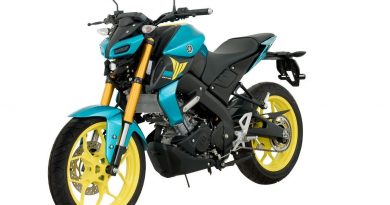